A photo taken by Mars Rover Opportunity last month shows what appears to be a four-legged animal what looks like a bear.
It’s always the question with such objects depicted in a photograph, do we see here an animal on the surface of the planet Mars or is it just the human tendency to imagine a pattern what does not exist? 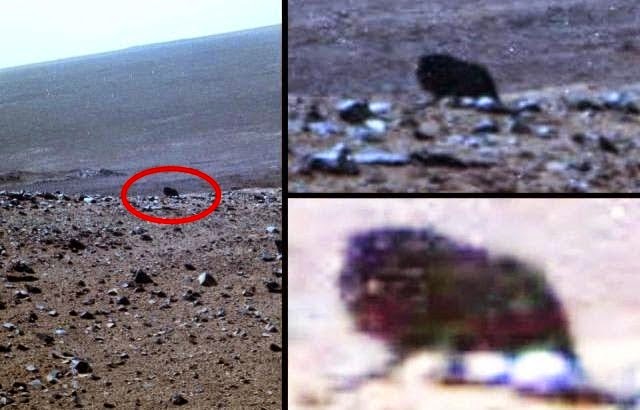 But suppose it is not imagination or misperception of the object, it opens the question whether life currently exists on Mars or not?
Raw image:
http://areo.info/mer/opportunity/3954/tn/1P479207643ESFCM29P2377L5M1_L2L5L5L7L7.jpg.html 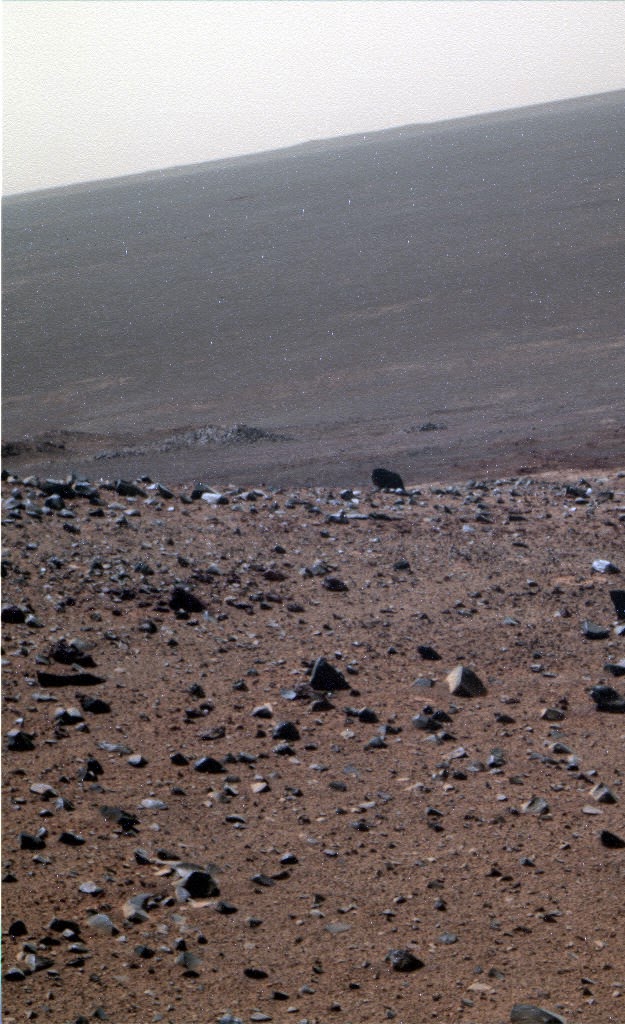