ADOLF Hitler escaped by submarine to ARGENTINA where he lived in a heavily guarded ranch at the end of the Second World War suffering from asthma and ulcers, according to sensational claims contained in newly released FBI files. 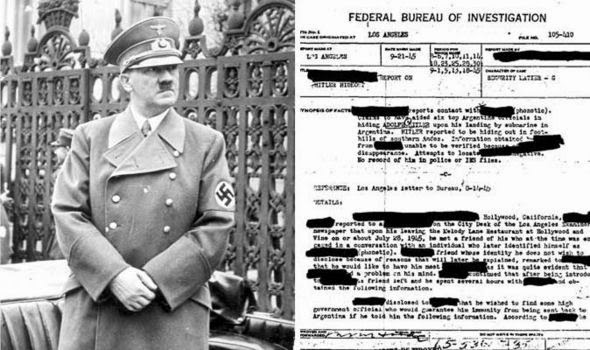 An amazing cache of files shows that J Edgar Hoover’s FBI took claims of Hitler’s survival seriously and a team was assigned to exploring scores of tip offs.
The astonishing documents detail how an Argentinean fugitive claimed he helped Hitler, two women and other Germans disembark from a submarine in the South American country approximately two and half weeks after the fall of Berlin in April 1945.
Hitler and his companions then went by horse pack to the foothills of the southern Andes, and the plan was for the 50-strong group to move in with German families in villages in the area. 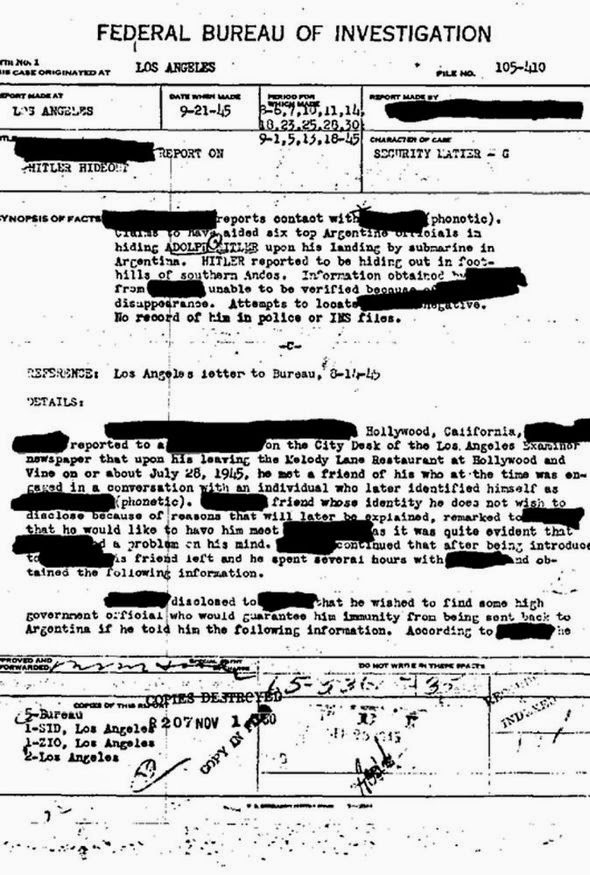 The Argentinian informant, who gave the information over to the US authorities hoping to get asylum in return, is not named in the papers.
But he does give a description of Hitler to a journalist for the Los Angeles Examiner on July 29 1945, saying the Nazi "is suffering from asthma and ulcers, has shaved off his moustache and has a long 'but' on his upper lip".
The informant even gave directions to Hitler's whereabouts, and said: "If you will go to a hotel in San Antonio, Argentina, I will arrange for a man to meet you there and locate the ranch where Hitler is.
"It is heavily guarded of course, and you will be risking your life to go there."
The information found its way to legendary FBI chief J Edgar Hoover, who forwarded it the War Department. 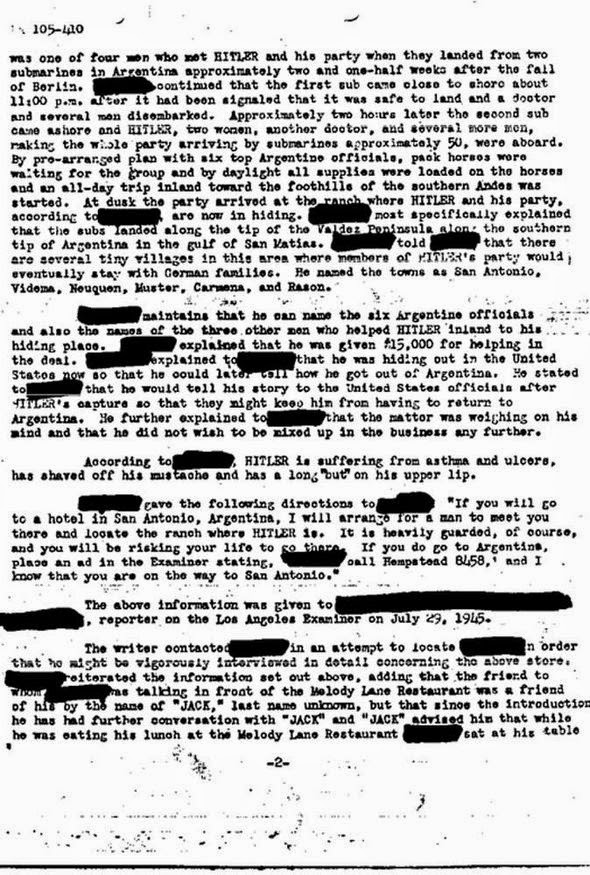 But in a file dated September 21, 1945, and marked “Hitler Hideout” agents concluded: “Because of the lack of sufficient information...it is believed impossible to continue efforts to locate Hitler with the sparse information to date.”
Other tip-offs to the FBI suggested Hitler was actually living in New York City, again without his moustache, while some suggested he was hiding with Nazi sympathisers in the German speaking part of Switzerland. 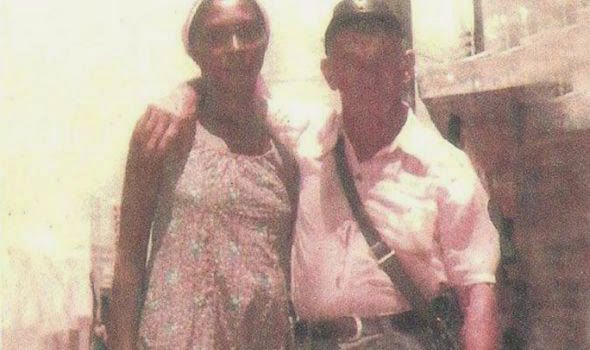 The evil dictator fled to Paraguay, via Argentina, before settling in a small town in the state of Mato Grosso, Brazil, according to the book written by Simoni Renee Guerreiro Dias

Hitler is said to have used the assumed name of Adolf Leipzig and was known to the 12,000 locals in Nossa Senhora do Livramento as "the Old German".

The man at the centre of the controversial claim is pictured, two years before his death in 1984, posing happily with his black girlfriend Cutinga.
READ THE FBI DOCUMENTS HERE 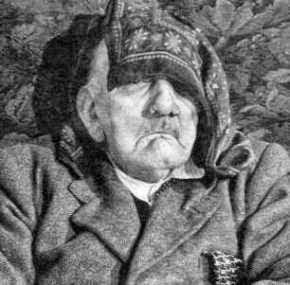 Publicada por Ufomania - The truth is out there à(s) 7:30 PM