The Origins of Human Beings According to Ancient Sumerian Texts 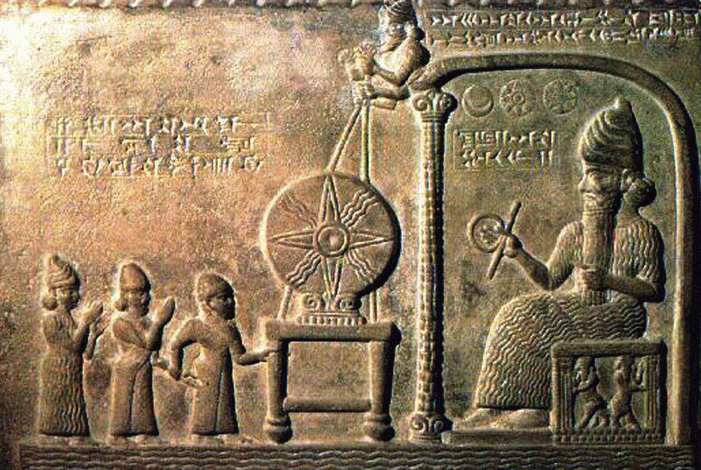 Sumer, or the ‘land of civilized kings’, flourished in Mesopotamia, now modern-day Iraq, around 4500 BC. Sumerians created an advanced civilization with its own system of elaborate language and writing, architecture and arts, astronomy and mathematics. Their religious system was a complex one comprised of hundreds of gods, rites and cosmology. According to the ancient texts, each Sumerian city was guarded by its own god; and while humans and gods used to live together, the humans were servants to the gods.

The Sumerian creation myth can be found on a tablet in Nippur, an ancient Mesopotamian city founded in approximately 5000 BC.
The creation of Earth (Enuma Elish) according to the Sumerian tablets begins like this:
When in the height heaven was not named,
And the earth beneath did not yet bear a name,
And the primeval Apsu, who begat them,
And chaos, Tiamut, the mother of them both
Their waters were mingled together,
And no field was formed, no marsh was to be seen;
When of the gods none had been called into being,
And none bore a name, and no destinies were ordained;
Then were created the gods in the midst of heaven,
Lahmu and Lahamu were called into being…
It is interesting here to note that no one god is responsible for creation, as even gods are themselves part of the creation.

Sumerian mythology claims that, in the beginning, human-like beings of extra-terrestrial origin ruled over Earth. Those beings, or gods, could travel through the sky in either round or rocket shaped vehicles. These beings toiled Earth’s soil, digging to make it habitable and mining its minerals.
The texts mention that at some point the gods mutinied against their labour.
When the gods like men
Bore the work and suffered the toll
The toil of the gods was great,
The work was heavy, the distress was much.
Anu, the god of gods, agreed that their labour was too great. His son Enki, or Ea, proposed to create man to bear the labour, and so, with the help of his half-sister Ninki, he did. A god was put to death, and his body and blood was mixed with clay. From that material the first human being was created, in likeness to the gods.
You have slaughtered a god together
With his personality
I have removed your heavy work
I have imposed your toil on man.
…
In the clay god and Man
Shall be bound,
To a unity brought together;
So that to the end of days
The Flesh and the Soul
Which in a god have ripened –
That soul in a blood-kinship be bound.
It is interesting here to note that the spirit is connected to the body, as is the case in many other religions and myths.
This first man was created in Eden, a Sumerian word which means ‘flat terrain’. In the Epic of Gilgamesh, Eden is mentioned as the garden of the gods and is located somewhere in Mesopotamia between the Tigris and Euphrates rivers.
Initially human beings were unable to reproduce on their own, but were later modified with the help of Enki and Ninki. Thus Adapa is created as a fully functional and independent human being. This ‘modification’ was done without the approval of Enki’s brother, Enlil, and a conflict between the gods begins. Enlil becomes the adversary of man, and the Sumerian tablet mentions that men served gods and went through much hardship and suffering.
Although not the exact creation story involving two trees in Eden, Adapa, with the help of Enki, ascends to Anu where he fails to answer a question about ‘the bread and water of life’. Opinions vary on the similarities between these two creation stories, but one thing remains clear: immortality is meant for gods, not for men.

Mankind's Forbidden History Holds the Answer for the "Missing Link"

The Truth About Easter and the Secret Worship of the Anunnaki 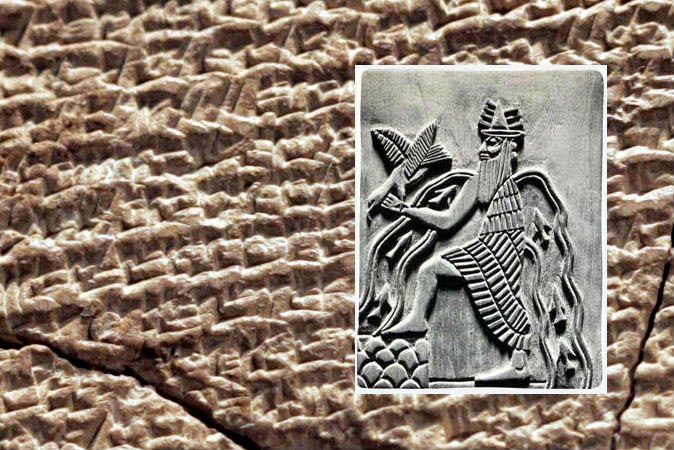 Source: Epoch Times
Publicada por Ufomania - The truth is out there à(s) 1:48 PM