The Dark Legend Of The Devil’s Bible

The Codex Gigas, or Devil’s Bible, a massive and mysterious text from the Middle Ages, is believed by many to have been conjured by the Devil himself, reports Elisabeth Tilstra at The Lineup:

Housed within the National Library of Sweden in Stockholm is a mysterious religious text with a wicked reputation.

The Codex Gigas is believed to be the largest surviving medieval manuscript in the world. Contained within its pages are numerous Christian writings – including a complete version of the Vulgate Bible, which later became the Catholic Church’s official Latin translation.
The book’s most intriguing entry, however, is a menacing full-page color illustration of the Devil. It is this drawing that earned the text its nickname of the Devil’s Bible – and convinced many that its pages are cursed by the sinister power of the dark prince. 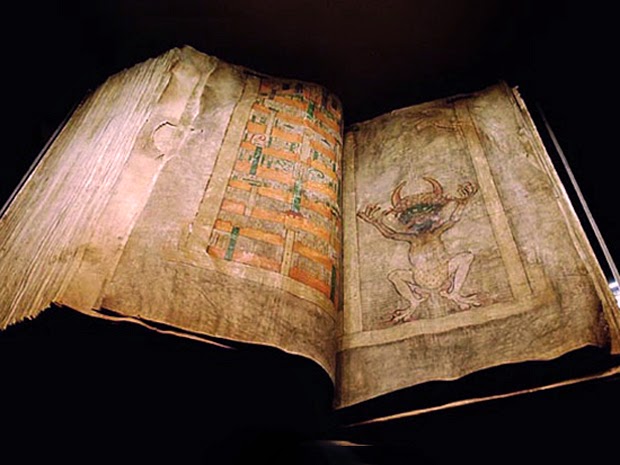 Historians believe the text originated in the Benedictine monastery of Podlažice, Czech Republic in the early 13th century. It measures 36 inches tall by 20 inches wide and is nearly 9 inches thick, requiring two people to lift all 165 pounds of its leather binding, metal trim, and vellum pages. Its name means “Giant Book” in Latin, yet much of the manuscript’s mystique lies in the legend of its creation. 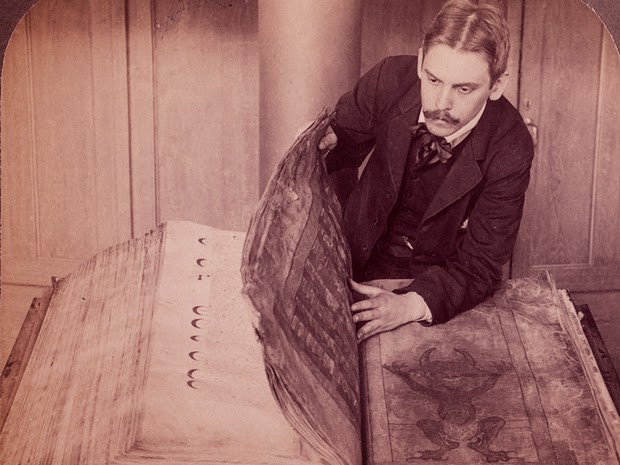 The ancient tale tells of a monk from the Middle Ages who, after breaking his monastic vows, was sentenced to the particularly cruel death of being walled up alive. In a desperate attempt to avoid his harsh punishment, the monk promised to write – in a single night – a book that glorified the monastery and contained all human knowledge…

Publicada por Ufomania - The truth is out there à(s) 9:57 AM No comments: 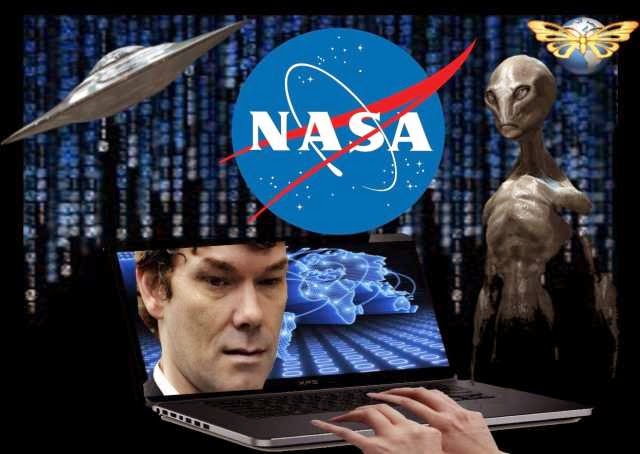 Between February 2001 and March 2002 Gary McKinnon from North London, looking for evidence of free energy suppression and a cover-up of UFO activity and other technologies potentially useful to the public, hacked into 16 NASA computers as well as dozens of US Army, Navy, Air Force, and Department of Defense computers. The search for evidence of a UFO cover-up, however, landed McKinnon in trouble.The Americans believed he had caused $800,000 (£487,000) worth of damage to computers between 2001 and 2002. On 16 October 2012, after a series of legal proceedings in Britain, Home Secretary Theresa May withdrew her extradition order to have him brought to the United States. She took the quasi-judicial decision on human rights grounds because of medical reports warning that McKinnon, who has Asperger syndrome and suffers from depressive illness, could kill himself if sent to stand trial in the US.On 14 December 2012, the Director of Public Prosecutions, Keir Starmer, announced that McKinnon would not be prosecuted in the United Kingdom because of the difficulties involved in bringing a case against him when the evidence was in the United States. McKinnon is accused of committing the ‘biggest military computer hack of all time’, and if he had been convicted in US, could have faced up to 70 years in prison and up to $2 million in fines.But what did McKinnon find?McKinnon had heard that information about the existence of extraterrestrial visits was being hidden from the public, and that pictures from space were being altered at NASA’s Johnson’s space center; UFOs were allegedly being taken out of pictures.When he hacked into Johnson’s systems, he found a high definition picture of a large cigar-shaped object hovering over the northern hemisphere. When he hacked into the systems of US Space Command, he found a log that listed non-terrestrial officers… which he believed was evidence that the US military has a secret battalion in space. Some of these logs were ship-to-ship transfers; the USSS LeMay and the USSS Hillenkoetter were the names he saw on the transfer logs – USSS stands for United States Space Ship.He said, “I found a list of officers’ names … under the heading ‘Non-Terrestrial Officers’. It doesn’t mean little green men. What I think it means is not Earth-based. I found a list of ‘fleet-to-fleet transfers’, and a list of ship names. I looked them up. They weren’t US Navy ships. What I saw made me believe they have some kind of spaceship, off-planet”.

The US government, indifferent to the information McKinnon came across, continues to allege that he took down military computers, making the US vulnerable to attack soon after 9/11. McKinnon denies those claims, and says he had never acted with malicious intent. In 2009, he told the BBC, “I am not blind to criminality, but I was on a moral crusade. I was convinced, and there was good evidence to show, that certain secretive parts of the American government intelligence agencies did have access to crashed extra-terrestrial technology which could, in these days, save us in the form of a free, clean, pollution-free energy. I thought if someone is holding onto that, it is unconstitutional under American law. I didn’t think about jail sentences at the time”.
Is McKinnon being made a scapegoat?In 2005, McKinnon told the Guardian, “Once you’re on the network, you can do a command called NetStat – Network Status – and it lists all the connections to that machine. There were hackers from Denmark, Italy, Germany, Turkey, Thailand… every night for the entire five to seven years I was doing this”.Are the governments really suppressing antigravity, UFO-related technologies, free energy or what they call zero-point energy? Was McKinnon right in taking the illegal route to expose the secrets being kept?

Publicada por Ufomania - The truth is out there à(s) 6:08 PM No comments:

Akashic Records Report – Major Events Are About To Unfold 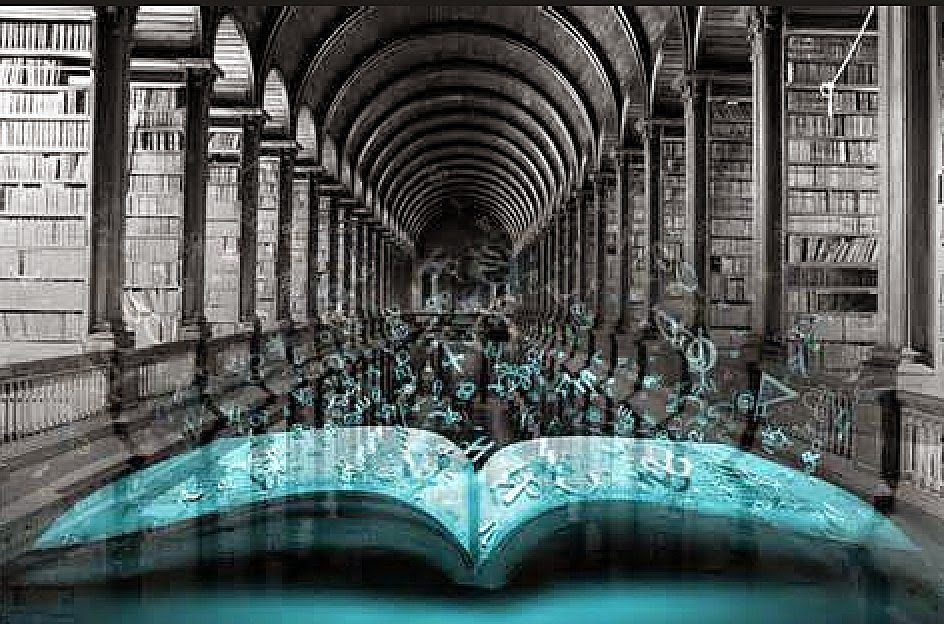 by Gregg Prescott, M.S. Editor, In5D.com
In a recent interview,  a woman with access to the Akashic Records stated there will be some major impending changes on our planet, including a change in power and a new currency in the near future.
When a person dies, they have a life review in which they see and experience their affect on others, which helps their spirit achieve mastery, she said. According to the information she received from “source” (i.e. the Akashic records), Earth was originally a paradise planet, but experienced a fall and moved into denser and denser vibrations. Many of the early spirit beings came here a mission to get the planet back on track, and a lot of them are reincarnated now in this lifetime, she reported. Our old world is dying as a new energy is in the process of manifesting on Earth, but we have to go through a kind of birth canal to get there, which causes a lot of unresolved issues to surface, she pointed out.
In this interview, Aingeal Rose O’Grady, discusses her remarkable ability to access these records which are reported to contain all knowledge of human experience and the history of the cosmos.
“I find it interesting that there is this intelligence that does record every minute, every little detail of life”, she said.
Further, each person has their own ‘library book,’ as it’s called, as well as a ‘database’ which is the record of all the lifetimes a person has led, and their track record for successes and failures during them, she explained. She views the records as spiritual in nature, though some have said there are “holographic crystal discs” that hold this information.

So What Does O’Grady Foresee? 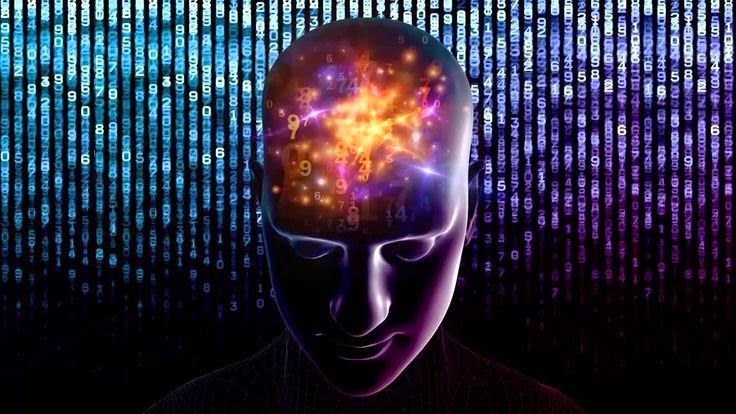 O’Grady stated that we are adjusting to new earth energies and it is going to manifest but it will take between 10-15 years.
Keep in mind that Pluto is in Capricorn until 2023, so that would less than 10 years from now.
In brief, the last time Pluto was in Capricorn was in 1776 during the American Revolution. It is no coincidence that revolutions are happening all around the world right now. Pluto is known as the “Destroyer” and typically breaks down that which is corrupt and allows that which is in humanity’s best interests to replace those control objects that have kept us economic slaves for hundreds of years.
Source told O’Grady: “It’s like we’re going into this birth canal.  This light is coming in and it is stimulating a lot of unhealed things in people,” adding that ,”The old world is dieing.  It’s just not going to be the same.  In that process, you will have people leave.  They won’t be able to handle the pressure of it.”

“The shift is happening on so many levels.  It’s happening to our biology’s, our animal our plant life.  It’s seen under the oceans.  There’s a huge cleansing going on and everybody is feeling it.”
O’Grady added that she continues to see blessing going all over this planet from outside sources. “Because of these blessings, we are being supported in manifesting in a way that we never have been before.”
In this writer’s opinion, it sounds as if our planet is being watched over and protected by our galactic neighbors.

O’Grady believes that people should prepare themselves for any sort of earth changes by having proper water, medical supplies and storable food but added that we are heading toward something that is “really, really wonderful”.

Evil Is On Its Way Out

“Source has told us that ‘evil’ is on its way out. It’s a process. It’s unrealistic to think that it’s going to happen overnight, not with all of the things that need changing. There is so much miraculous stuff going on… people (are) waking up (and) creating new paradigms that I think we’re going to succeed.”
“We have until 2017 for all of this cleansing process and all of this evil to be over with.  A lot of this is consciousness dependent.  Thoughts are materializing much faster now.”

Government Will Not Give Up Easily

“I think we still have a government fight on our hands.  They’re not going to give up easily in terms of their agendas to continue to take away more of our rights and our freedoms but we are the ones who really have to take hold of ourselves and stop our codependency on all these systems.”

O’Grady believes that we need to start growing more of our own food and come up with a new money system that replaces the current fiat currency.  “I don’t really see the end of money but I see a change in who controls it and what we do with it.”
Many investors and corporate insiders are dumping their stocks in their own companies in mass quantities. It has become apparent that the current unsustainable system of fiat currency is about to meet its inevitable fate.
O’Grady stated, “Our thoughts are manifesting at a rapid rate right now and we really need to be choosing the highest (good) in all situations.” 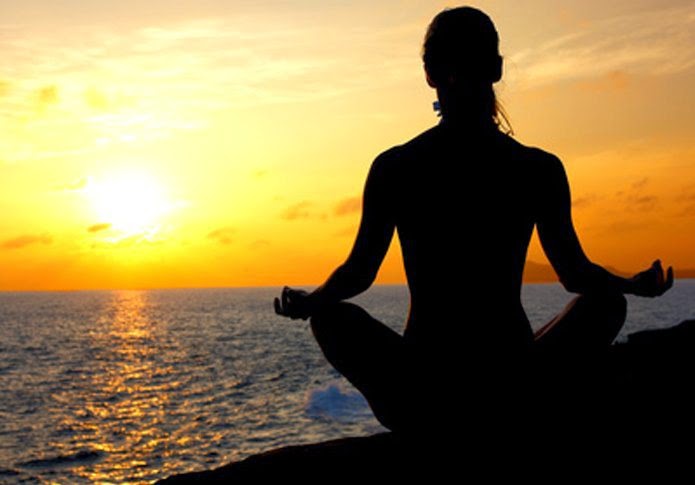 You may want to incorporate abundance and prosperity for everyone in your thoughts and meditations.
For example, after I clear myself and my surroundings before I meditate, I then ask my spirit guides and guardian angels for guidance and protection. Additionally, I thank my friends and family on both sides of the veil as well as our galactic neighbors and friends for helping to protect us and ask for their guidance as well. I thank the visitors to in5d for being a big part of this amazing awakening process and lastly, I thank Mother Earth for being such a gracious host to us.
If our thoughts are manifesting quicker then ever, then please help to envision this new world of abundance for all!
Namaste.
Publicada por Ufomania - The truth is out there à(s) 6:03 PM No comments: