Mica, Did the Ancients have Energy Sources? 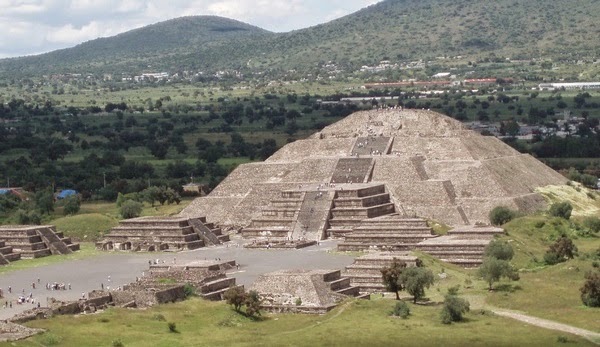 Over the years a number of truly strange and unexplainable archeological discoveries have been made. These discoveries, often left investigated, question mans history.

The early history of Teotihuacán remains mysterious, and the origin of its founders is still debated. For many years, archaeologists believed it was built by the Toltec people, an early Mexican civilization. This belief was based on Aztec writings which attributed the site to the Toltecs. However, the Nahuatl word “Toltec” means “great craftsman” and may not always refer to the Toltec civilization.

Also it has been discovered that Teotihuacán predates the Toltec civilization, ruling them out as the city’s founders. The earliest buildings at Teotihuacán date to about 200 BCE, and the largest pyramid, the Pyramid of the Sun, was completed by 100 BCE

In 1983 archaeologists came across a number of underground rooms with ceilings and walls that are insulated by a layer of mica sandwiched in layers (stone-mica-stone) to a thickness of about 6 inches (15 cm). It is not clear what purpose these rooms served.

A mica insulated pipe was also discoverd that runs out of each of these rooms. No one knows its function.

Also, sheets of mica have recently been discovered embedded in many of the walls of Teotihuacan. The use of mica in the walls also remains an unexplained mystery.

Large crystals of mica, the type found in some of the mica in Teotihuacan, is rare – the largest reserves are found and mined in Africa and South America.

The nearest quarry to Teotihuacan where mica crystals could have been mined was however, located in Brazil, thousands of miles away.

Why would so much effort be made to use mica? other local stone was far easier to mine.

To move very large sheets of fragile mica up gradients and over thousands of miles would also be monumentally difficult without advanced transportation methods. 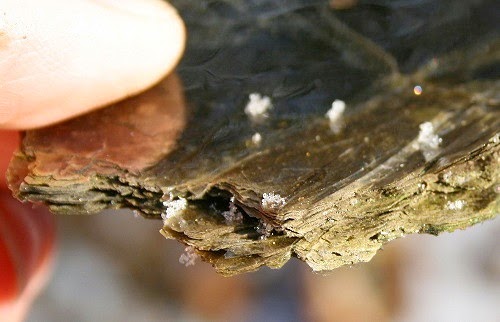 Polished sheet mica as it was found

So why use mica?

Its usefulness in these applications is derived from its unique electrical and thermal insulating properties and its mechanical properties, which allow it to be cut, punched, stamped, and machined to close tolerances. Specifically, mica is unusual in that it is a good electrical insulator at the same time as being a good thermal conductor. The leading use of block mica is as an electrical insulator in electronic equipment.

Therefore the question arises of why the builders used this mineral in the buildings of the city?

Did ancient architects know of some long-forgotten sources of energy to use electricity in their cities?

The size of the city is staggering! 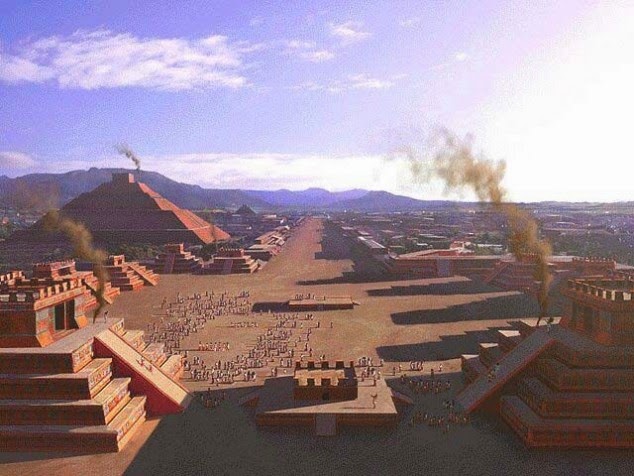 
Publicada por Ufomania - The truth is out there à(s) 9:59 PM No comments:

1.Green children of WoolpitThe Green Children of Woolpit were two children who appeared in the village of Woolpit in Suffolk, UK, in 12th century. They spoke an unrecognized language and refused to eat anything other than pitch from bean pods. When they learned English, they explained that they were from the 'Land of St Martin', a place never exists. Some of the more unusual theories proposed for the origins of the children are that they were Hollow Earth children, parallel dimension children, or Extraterrestrial children.2.Babushka LadyDuring the analysis of the film footage of the assassination of John F. Kennedy in 1963, a mysterious woman was spotted. The woman believed to be filming the incident with a camera. To this day, no one knows who the Babushka Woman is or what she was doing there.3.The Man in the Iron MaskIn 1698, a prisoner using the pseudonym Eustache Dauger was transported to the Bastille, a maximum security prison in Paris. He had already spent between two and three decades rotting in various jails across the country. His face was always locked in a helmet like iron mask, forbidden to speak to anyone. He died on 19 November 1703 under the name of Marchioly.4.The Poe ToasterThe Poe Toaster is the nickname given to a mysterious man who paid an annual tribute to American author Edgar Allan Poe by visiting his grave every year for over seven decades on his birthday. The mysterious man would pour himself a glass of cognac and raise a toast to Poe's memory, then vanish into the night, leaving three roses. 5.Kaspar HauserOn May 26, 1828 a teenage boy appeared in the streets of Nuremberg named Kaspar Hauser. Hauser claimed that he had, for as long as he could think back, spent his life always totally alone in a darkened cell which was little more than the size of a one-person bed in area with only a straw bed to sleep.According to contemporary rumors - probably current as early as 1829 - Kaspar Hauser was the hereditary prince of German royalty. He was murdered in May 1833.6.Tank ManTank Man, or the Unknown Protester, is the nickname of an anonymous who stood in front of a column of tanks on June 5, 1989. The event occurred on the morning after the Chinese military had suppressed the Tiananmen Square Massacre by killing several thousand people including high school and grade school students by force. Several photographs were taken of the man, who stood in front of a column of Chinese Type 59 tanks, preventing their advance. Identity about him or of his fate after the confrontation that day remains a history for ever.7.Zodiac KillerThe Zodiac Killer is a serial killer who operated in Northern California in the late 1960s. The Zodiac coined his name in a series of taunting letters he sent to the press. His letters included four cryptograms (or ciphers), three of which have yet to be solved. The Zodiac murdered five known victims in Benicia, Vallejo, Lake Berryessa, and San Francisco between December 1968 and October 1969. His identity remains unknown.8.D. B. CooperOn November 24, 1971 a Boeing 727 aircraft was hijacked in the airspace between Portland, Oregon, and Seattle, Washington by a mysterious man named D. B. Cooper. He extorted $200,000 ransom money and parachuted to an uncertain fate. Ever since he has never been located or positively identified.9.Gil PérezGil Perez was a Spanish soldier who suddenly appeared in Mexico City on October 24, 1593. He claimed to have no idea how he had managed to appear in Mexico. He stated that moments before finding himself there, he had been on sentry duty in Manila (Philippines) at the governor's Palace on October 23, which is 9,000 nautical miles far across the Pacific.10. FulcanelliFulcanelli (fl. 1920s) is a pseudonym of a French Alchemist whose identity is still unknown. The appeal of Fulcanelli as a cultural phenomenon is partly due to the mystery that surrounds most aspects of his life and works. 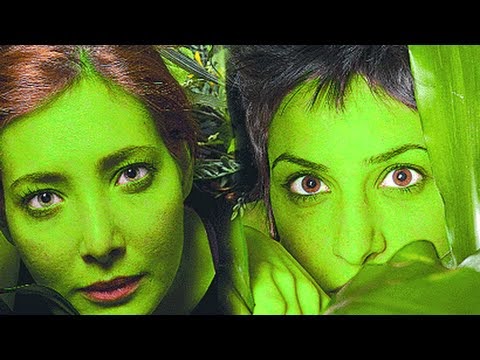 Publicada por Ufomania - The truth is out there à(s) 8:14 PM No comments:

Diver runs under water faster than on the ground.

Ocean Gravity is a short film that rewrite the rules of the underwater world and takes us this time into the world of the weightlessness.
Just like in the space, there isn’t anymore a top or a bottom. There isn’t anymore upside down and wrong side out. The ocean becomes cosmos, the man a satellite, and the bottom of the sea an unknown planet. Welcome in the fascinating universe of Ocean Gravity.
Guillaume: «since ever, my diving propels my imagination in the fantasy of the conquest of space. To touch the sea floor or to set foot on an unexplored planet, here are 2 fascinating adventures which feed my thirst of unknown. The discovery of this quite unique place (Tiputa - Rangiroa - French Polynesia), allowed us to put in image the visual closeness of 2 universes water and air, ocean and space.»