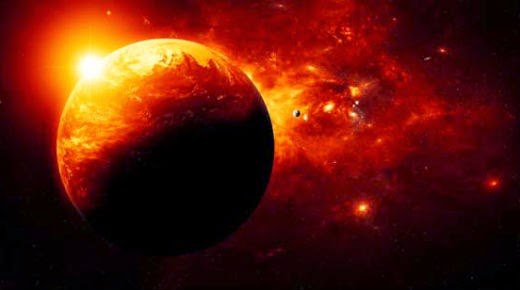 Carlos Muñoz Ferrada was born in Chile in 1909. By 1939 he was making geophysical and astronomical predictions that would shake the world, with many of his earthquake and tsunami predictions coming true in spectacular fashion.


He also famously predicted a change in the trajectory of Halley’s Comet back in the 1960s, before anyone knew that it would come closer to the Sun.
In 2001, then in his 90s, Ferrada predicted three massive upheavals to occur, as a future “comet/planet” called Hercolubus nears the Earth and our Sun.
He explained that he described Hercolubus, a hybrid comet/planet, because it has an elliptical orbit, with the tail of a comet, and the large mass of planet.
“The large gravitational field that brings this new star will cause a big change… Mankind is not ready…”
“The sun (Hercolubus) will rise inside the orbit of the Earth with a satellite speed of 66 kilometers per second, and at the same time, its perihelion only 139,100,000 km from the Sun.”
“It is also in the scope of probabilities, determining that this new and attractive gigantic cosmic mass can straighten the axis of the Earth, with great gravity and geophysical disturbances, and it may affect the attraction field of our satellite Moon.”


“The two poles will be removed at the same time, as in the days of the equinoxes of spring and autumn.”

The book “Hercolubus or Red Planet”, V.M. Rabolu describes a gigantic planet that is approaching our solar system, highlighting the catastrophe that will be caused by the gradual influence of the huge heavenly body.
Mr Rabolu lays out the likely prognosis for humanity, emphasising a progressive increase in natural disasters such as earthquakes, hurricanes and coastal devastation.
The fact that this book was written in 1998 should be taken into account, given that significant world events have taken place since then confirming some of his statements. There is a lot of speculation that this ‘red’ planet is currently under surveillance by many astronomers.