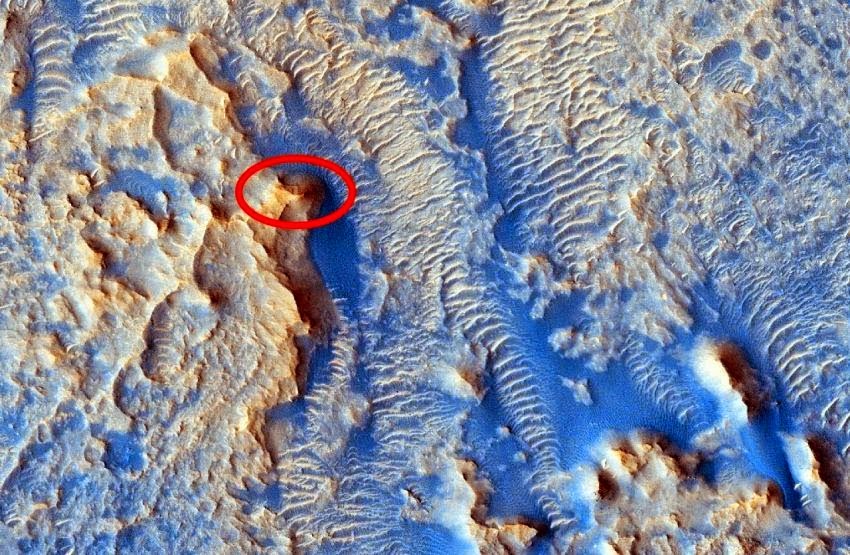 The HIRISE camera on board the Mars Reconnaissance Orbiter photographed an ancient building of unknown origin in the crater Ejecta on Mars?

There are no buildings on Mars, right? But in the picture we can clearly see an ancient building on top of a rock formation.
The building with a rectangular facade and doorways and flat roof seems to be part of a larger complex. (Dome behind the building, bridge on top of the building, entrance/pipeline next to the building). 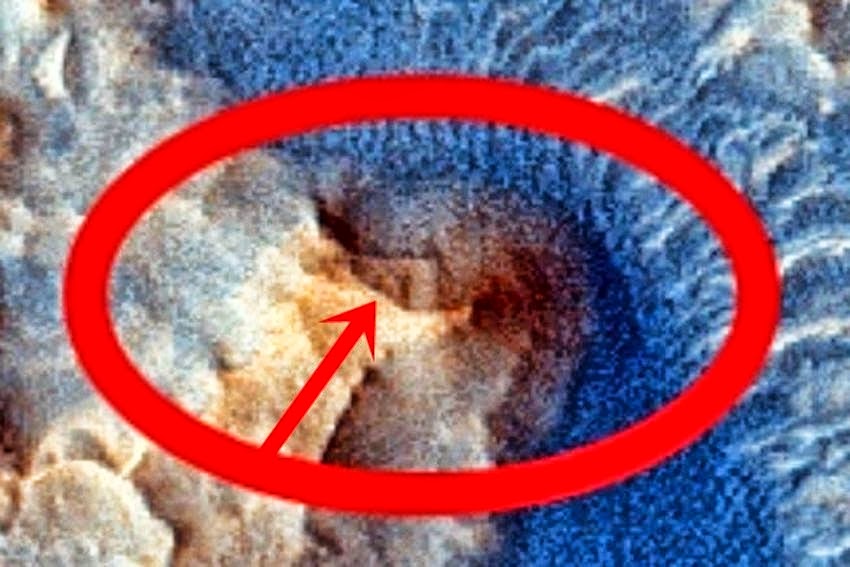 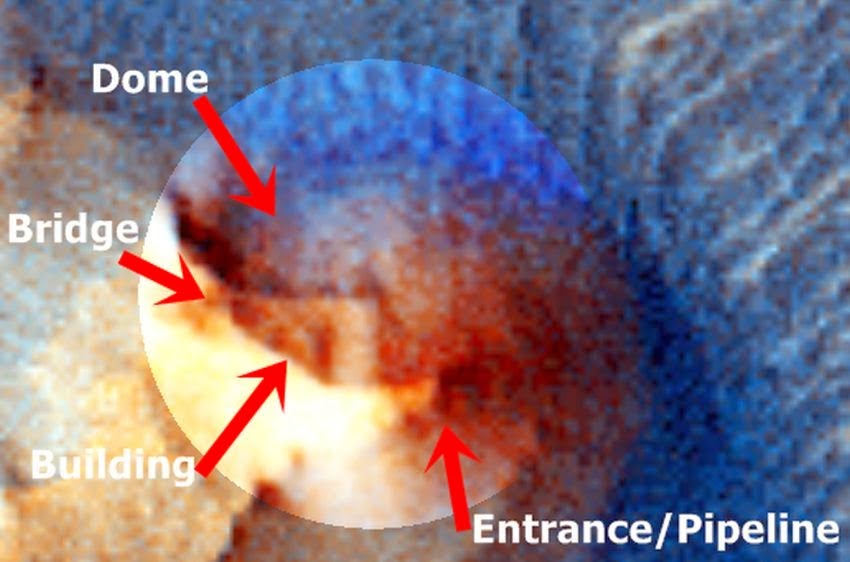 So, if it is not a pixel distortion and this complex really exists, it would mean that the planet was once inhabited by intelligent life which is contrary to what NASA has informed the public about the atmosphere on Mars.
Link HIRISE image:
http://beautifulmars.tumblr.com/post/112225611997/crater-ejecta-this-ejecta-comes-from-a-crater