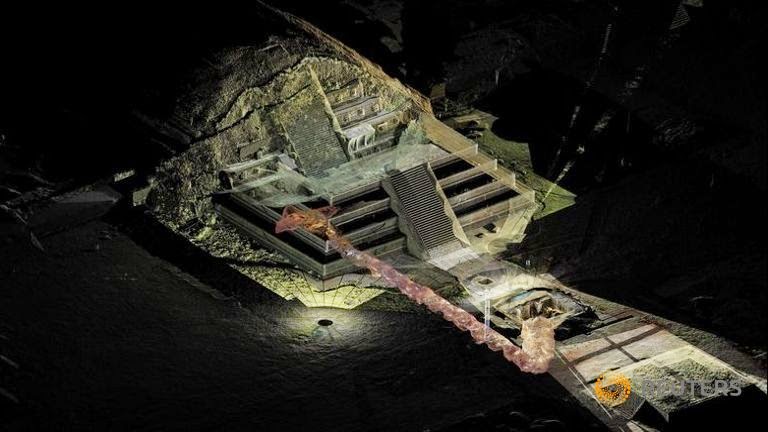 This could be huge! People into this and understand the meaning of this find will agree. Idiots think it's put there to enact a fecking River!

TEOTIHUACAN, Mexico (Reuters) - A Mexican archeologist hunting for a royal tomb in a deep, dark tunnel beneath a towering pre-Aztec pyramid has made a discovery that may have brought him a step closer: liquid mercury.

In the bowels of Teotihuacan, a mysterious ancient city that was once the largest in the Americas, Sergio Gomez this month found "large quantities" of the silvery metal in a chamber at the end of a sacred tunnel sealed for nearly 1,800 years.

"It's something that completely surprised us," Gomez said at the entrance to the tunnel below Teotihuacan's Pyramid of the Plumed Serpent, about 30 miles (50 km) northeast of Mexico City.

Some archeologists believe the toxic element could herald what would be the first ruler's tomb ever found in Teotihuacan, a contemporary of several ancient Maya cities, but so shrouded in mystery that its inhabitants still have no name.

Unsure why the mercury was put there, Gomez says the metal may have been used to symbolize an underworld river or lake. Previously uncovered in small amounts at a few Maya sites much further south, it had never been found in Teotihuacan.

Difficult to mine and prized for its reflective properties, mercury was rare in ancient Mexico. Archaeologists believe may have lent it a supernatural significance for ritual ends. 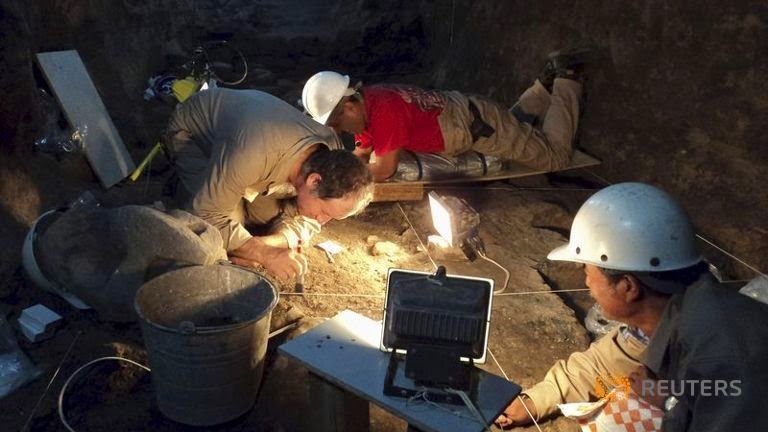 Deeper into the complex comprising three chambers, Gomez expects to find the elusive last resting place of a king.

If Gomez is right, it could help settle a debate over how power was wielded in Teotihuacan, a city boasting massive stone pyramids that was home to as many as 200,000 people and the heart of ancient empire that flourished between 100 and 700 A.D.

Teotihuacan, or "abode of the gods" in the Aztec language of Nahuatl, was distinct from the Mayan civilization. Its inhabitants left behind no written record, abandoning the city long before the Aztecs came to power in the 14th century.

Spaniards dug at Teotihuacan in the 1670s, but rigorous scientific excavation of the site did not begin until the 1950s.

Gomez's six-year slog in the tunnel has already yielded tens of thousands of artifacts including stone sculptures, fine jewelry and giant seashells leading to the three chambers. The painstaking excavation has slowed due to extreme humidity, mud, and now, the need for protective gear to avoid mercury poisoning.

George Cowgill, a U.S. archeologist who has spent more than four decades excavating Teotihuacan, says the mercury find increases the odds of finding a tomb.

"But it's still very uncertain, and that is what keeps everybody in suspense," he added.

Mexican archeologist Linda Manzanilla believes that at its peak, the city was ruled not by a single king, but a council of four lords, and that Gomez may find the remains of one of them.

To bolster her argument, she cites the absence of a single palace or the presence of kings in any of the city's many murals.

The excavation of the chambers should be finished by October, Gomez said, with an announcement of findings by the end of 2015.