Can someone explain just how Ollantaytambo was built thousands of years ago? 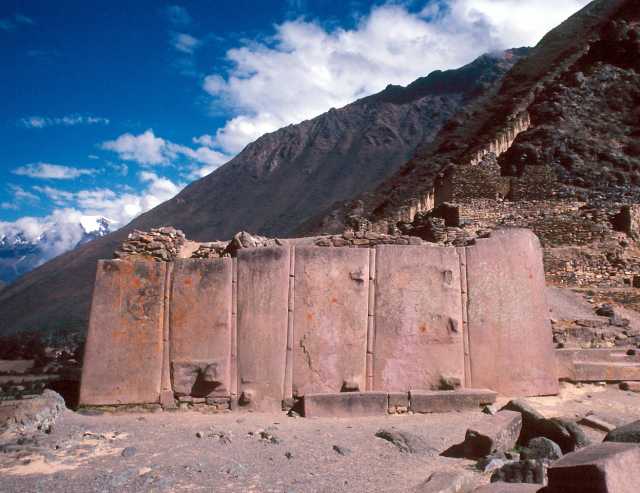 Just how did ancient man build incredible monuments and constructions such as the Great Pyramids, Teotihuacan, Ollantaytambo, Puma Punku and other incredible sites on the planet? Were these ancient sites built using stick and stones? If so, how could it be possible that engineers today would have a problems replicating some of these monuments?

Ollantaytambo is perhaps one of the best examples of ancient technology. Archaeologists believe that the ruins of this ancient city were actually built on top of another, much older city whose origins remain unknown. The earliest parts of Ollantaytambo are at least 12,000 years old but some researchers suggest the possibility that this ancient city is in fact, much much older. Many researchers claim that the origins of Ollantaytambo are directly connected with the Arak people, who are equivalent in history to Adam and Eve or the first humans. 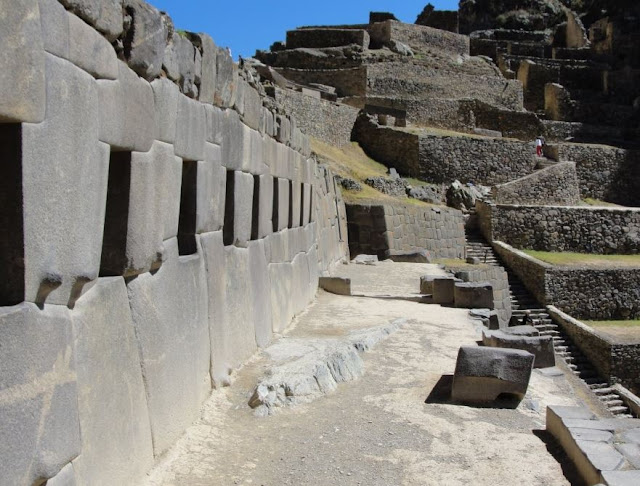 How is it possible that these ancient people were capable of achieving these amazing feasts of engineering, interlocking blocks precisely that fit together incredibly.

The six, huge granite blocks at Ollantaytambo are one of the most mysterious blocks even today. Legends say that these huge blocks of stone were “transported” across a plain, across a river

and then up the mountain but the biggest mystery is how did they manage to cut these rocks out of the mountain? Fit precisely into place, these rocks have been put in place in such a way that you cannot fit anything in between them.

Main stream archaeologists claim the dense, hard granite was cut and shaped by means of stone or bronze tools, yet none of these alleged tools have been recovered at the site or anywhere near it.

Some researchers claim that these rocks found at Ollantaytambo were fused together with an unknown type of energy. How did ancient man manage to achieve this? Or better yet, where did they actually obtain the technology to do so? There is no explanation given whatsoever. 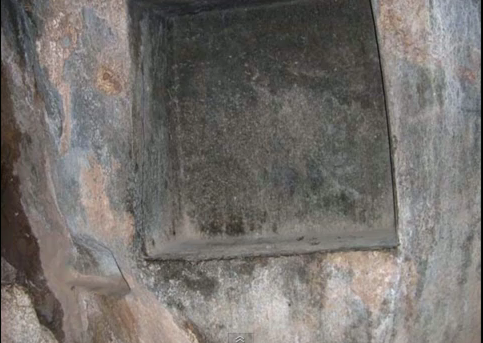 At the Temple of the Condor there are even more mysteries. Enormous slabs of andesite stone were quarried from what is known as “The Wall of Living Rock. These cube-like sections of stone have been removed from the mountain with such accuracy that researchers have not been able to find a scratch in the surface of these blocks. The corners of these blocks are not sharp, they do not present any mayor cracks, they are almost perfectly rounded corners.

At the bottom of where these huge blocks were cut out from, there are strange crisscross pattern; patterns that researchers have not been able to explain logically. Most parts of Ollantaytambo are made out of andesite rock, today to cut Andesite rock you would need something harder than Andesite, today our engineers use diamond tools or laser tools. What did ancient man use thousands of years ago? 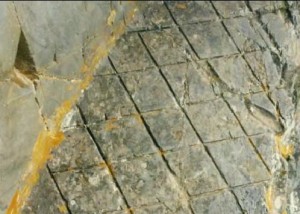 According to the myths of the Andes Mountains the ancient ancestors, were described as a brother and sister; the “Children of the Sun.” According to the creating myths, they were sent by the “Sun God,” and they arrived on Earth with something described as a golden wedge. Is it possible that ancient man misinterpreted these happenings and translated them in the best way they could?

Is there a possibility that some type of sophisticated extraterrestrial technology was used so ancient man could achieve some of those amazing feats of engineering that we can see at Ollantaytambo today?

Publicada por Ufomania - The truth is out there à(s) 1:43 PM