The Lost Civilization Of Planet Mars 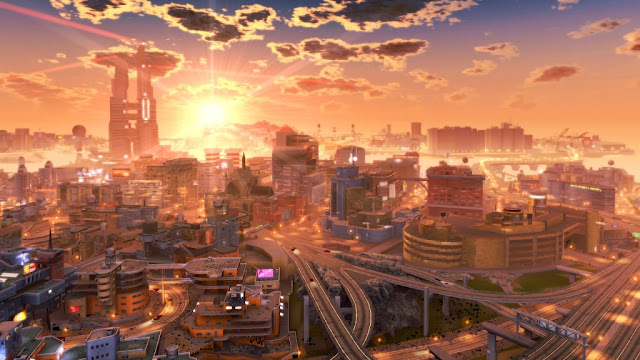 After many decades of studying the red planet, scientists now actually admit that there is a very high possibility that an impact of a asteroid or comet altered the the Red Planet completely!

Compared to Planet Earth, Mars has many impact craters which isn’t that strange since Mars is in a very uncomfortable position in our solar System, right next to the Asteroid belt. Because of this Mars is constantly being bombarded by asteroids, unlike Earth Mars does not have a bigger moon to shield it against incoming asteroids! (the moon is kind of like earths very own Goal Keeper!).

So looking back into our home planets history we know that the Earth has been impacted in the past by large space rocks, and even some of those immense impacts have possibly changed the history of our planet too! I guess one of the best examples of this is the Chicxulub impact crater located in the Yucatan peninsula in Mexico (see image below) which many leading scientists believe to have been the number one reason for the extinction of the Dinosaurs. 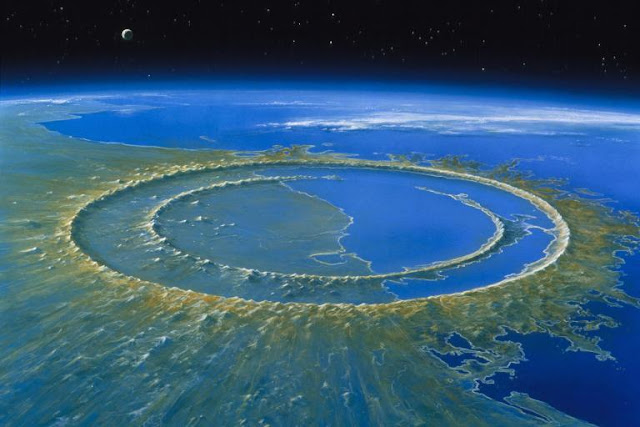 So lets get this right people, if this happened here on Planet Earth, could something similar of happened on Mars? In fact on the red planet we can find an extremely interesting impact crater located in the Lyot region, and it is approx. 125 miles in diameter (that is one BIG crater!). The sheer area of this huge impact crater tells us just how powerful the impact must of been which could have been one of the main causes why Mars today is literally just a “desert”. A comet strike like this may very well of  caused a profound disruption to Mars’ very own planetary system. A hit like this would have been an absolutely devastating planet climate-changing event. 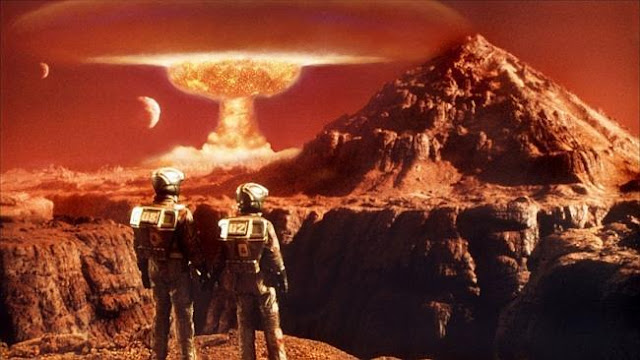 Did a massive Comet strike destroys Mars’ very own atmosphere!?

So lets put this into perspective and the main question has to be “is it possible that long before losing its atmosphere, Mars sustained life??” Even potential civilizations that once called the red planet their “home”? If this is what happened, then where did the Martian’s go? and most importantly did they survive? Did they possibly escape before these cataclysmic events? And if this is all true then does this mean that Mars could be connected in any way to Earth? These are just some of many questions that desperately NEED to be answered.

July 20, 1976 – after a ten-month journey from Earth, Viking I reached its destination, the red planet. The images that Viking I sent back to Earth were pretty damn amazing, and some of the impressive images showed that Mars really was not that different from Earth. Many regions on Mars resemble places on Earth, like the Death Valley. But where the story about Viking I gets really  interesting is after it performed several tests in search for life on the red planet. Viking I returned back some very controversial results.  Dr. Gil Levin designed one of the tests that the Viking probe performed, a relatively “simple” test. He explained that Microorganisms breathe just like you or I or anything else, and then they give off carbon dioxide. What NASA did is, they took a small sample of Martian soil, placed it inside a small container and this container was monitored for a week for signs of “bubbles” inside of the tube, and after seven days, the unexpected happened. The test for life on Mars was positive by criteria accepted by NASA as “bubbles” were registered inside the Viking I container – this was/is huge news!

But here is the funny/predictable thing, whilst this test had returned positive for life, other tests with different criteria came up negative. But guess what guys!? Yep good old NASA were very cautious in this matter and opted to say: “There is no proof of life on Mars“. (shock horror!). 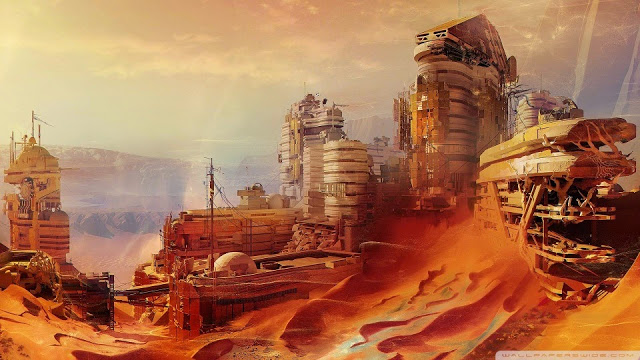 Was Life On Mars Destroyed By Some Catastrophic Event!?

Many top scientists have suggested that Mars may have had an atmosphere very much similar to Earth’s atmosphere, and it got annihilated about 65 million years ago. Some have also stated that it could of possibly been some kind of ‘made’ weapon that destroyed this planet, perhaps some kind of Nuclear Weapon like we have here on Earth! Adding to these suggestions, ideas have been put together in the recent past which tell the possibility that the civilization that once inhabited Mars, very possibly fled to Earth in search for refugee. So guys does this make us the Human Race the actual “Martians” we have desperately tried to find for many years?  There are some scientists that say they’ve found powerful evidence of lost civilizations on the red planet and in fact, they believe they may have discovered a nuclear signature in the Martian atmosphere that matches Earth’s after a nuclear test like I mentioned before!? According to the scientists involved there are very large traces of Xenon-129 on Mars and the only process that we know of that produces Xenon-129 is a nuclear explosion. Is this just yet another coincidence that shows how similar Mars is to Earth? Or does this actually  provide evidence that Mars was very different in the past?

Perhaps all of these images on Mars of supposed statues and ‘made’ objects are very real and evidence of the Red Planets past!