The Last Card and the Fifth World of Hopi Prophecy 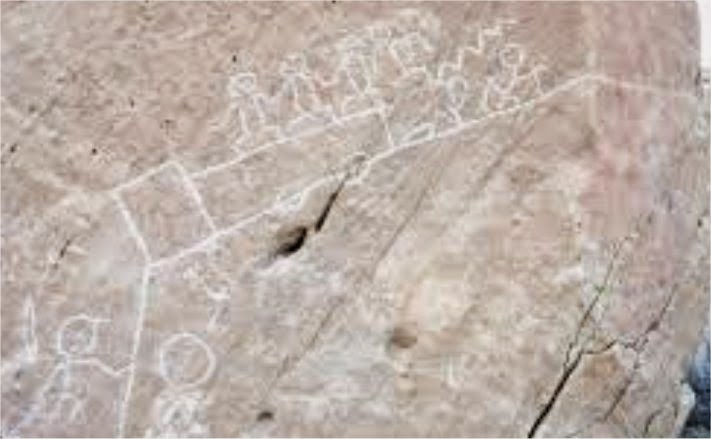 How does Hopi prophecy ties into what is going on in our world right now?  Recent current eventshave all pointed in the same direction from two different perspectives.
Dr. Carol Rosin warned us about the weaponization of space through her professional relationship with ex-Nazi scientists, Dr. Wernher von Braun, who warned Rosin about the following external threats that would be created as a false flag by the United States government:
“They’re inventing enemies he (Von Braun) said, against whom they are going to build this space-

based weapon system—the first of whom was the Russians which was existing at that time.  Then there would be terrorists, then there would be third world countries, now we call them rogue nations or nations of concern.  Then there would be asteroids.  And then he would repeat to me over and over ‘and the last card, the last, the last card would be the extraterrestrial threat’…you will find that there is going to be a spin to find some enemy against whom we have to build space based weapons and now we should expect the spin.”
Space-based weapon system: Reagan’s Star wars Program.
Terrorist threat: 9-11
3rd Word Countries threat: North Korea
Asteroid threat: Elenin (while not classified as an asteroid, the apparent government psyops would assimilate Elenin into this category
Extraterrestrial threat: To be announced.
Ronald Reagan was the first fear-mongering world leader to instigate the star wars propaganda (most likely ) through his puppetmaster Vice President, George Bush:Hopi prophecy foretells of specific signs that points towards the fulfillment of their end time prophecy.  Many of these signs have already come to fruition.
According to Hopi prophecy:
First Sign: We are told of the coming of the white-skinned men, like Pahana, but not living like Pahana men who took the land that was not theirs. And men who struck their enemies with thunder. – Columbus “discovering” America
Second Sign: Our lands will see the coming of spinning wheels filled with voices. In his youth, my father saw this prophecy come true with his eyes — the white men bringing their families in wagons across the prairies. –
Third Sign: A strange beast like a buffalo but with great long horns, will overrun the land in large numbers. These White Feather saw with his eyes — the coming of the white men’s cattle.
Fourth Sign: The land will be crossed by snakes of iron.
Fifth Sign: The land shall be criss-crossed by a giant spider’s web.
Sixth Sign: The land shall be criss-crossed with rivers of stone that make pictures in the sun.
Seventh Sign: You will hear of the sea turning black, and many living things dying because of it.
Eight Sign: You will see many youth, who wear their hair long like my people, come and join the tribal nations, to learn their ways and wisdom.
Ninth and Last Sign: You will hear of a dwelling-place in the heavens, above the earth, that shall fall with a great crash. It will appear as a blue star. Very soon after this, the ceremonies of my people will cease.
Read the rest HERE

Publicada por Ufomania - The truth is out there à(s) 3:31 PM