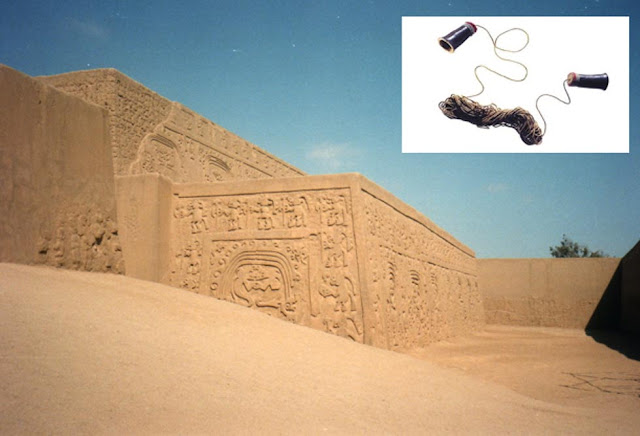 The thousand-year-old telephone, a marvel of ancient invention, surprises almost all who hear about it. Reportedly found in in the ruins of Chan Chan, Peru, the delicate communication artifact is thought to have been made 1,200 to 1,400 years ago and is known as the earliest example of telephone technology in the Western Hemisphere.
This seemingly out-of-place-artifact is evidence of the impressive innovation of the coastal Chimu people in the Río Moche Valley of northern Peru.
Ramiro Matos, curator of the National Museum of the American Indian (NMAI) told Smithsonian, “This is unique. Only one was ever discovered. It comes from the consciousness of an indigenous society with no written language.” 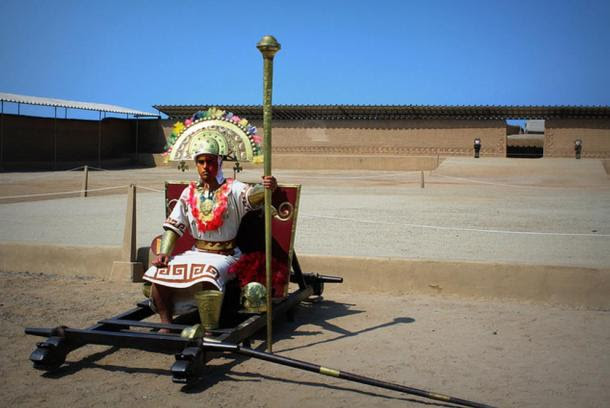 A man dressed as a Chimu elite or priest among the ruins of Chan Chan, Peru. ( Johnathan Hood, Flickr/CC BY-ND 2.0)
This ancient Chimu device, described as an instrument, however, is composed of two gourd tops bound with a length of cord.
The gourds, each 3.5 inches (8.9 centimeters) long are coated in resin and act as transmitters and receivers of sound. Around each of the gourd bases is stretched-hide membrane. The 75-foot (22.8 meter) line connecting the two ends is made of cotton-twine.
The simplicity of the device disguises its implications. 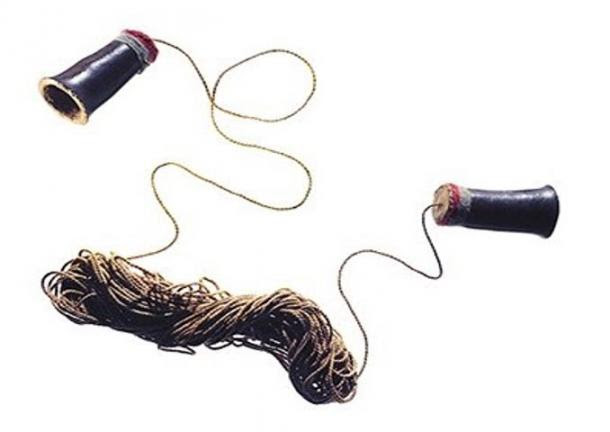 The enigmatic ancient communication device. Credit: Smithsonian National Museum of the American Indian
This one-of-a-kind artifact, dating to around the 12th and 13th centuries predates the earliest research into telephones from 1833 (which began with non-electric string devices) by more than a thousand years.
The gourd-and-string device is too fragile to physically test, but researchers can piece together how the instrument might have worked. What they must continue to speculate on, however, is how the Chimu used this ancient phone: what was its purpose?
As the Chimu were known to be a top-down society, it stands to reason that only the elite or priest class would have been in possession of such a valuable instrument, posits Matos.
The precious telephone, with the seemingly magical ability to channel voices across space to be heard directly in the ear of the receiver was, “a tool designed for an executive level of communication” said Matos.
There might have been many applications, such as communication between novices or assistants and their higher-ranking elites through chambers or anterooms. No face-to-face contact would have been needed, preserving status and ensuring security.
Like many other ancient marvels, it might also have been a device to astound the faithful. Disembodied voices emitting from a hand-held object might have shocked and convinced people of the importance and station of the upper class or priests.
Or, there are some who consider the gourd and twine object as merely a child’s toy. If such novelties are not our modern sacred objects, why must they have been believed to be religious items or priestly tools to humans of the past?
He distributed his collection among various museums, and the artifact eventually ended up at the storage facility of the National Museum of the American Indian in Maryland, USA, where it is treated delicately, preserved in a temperature controlled environment as one of the museums greatest treasures.
Matos, anthropologist and archaeologist specializing in the study of the central Andes explained, “The Chimu were a skillful, inventive people,” who possessed an impressive engineering society. This can be shown by their hydraulic canal-irrigation systems and their highly detailed, elaborate metalwork and artifacts. 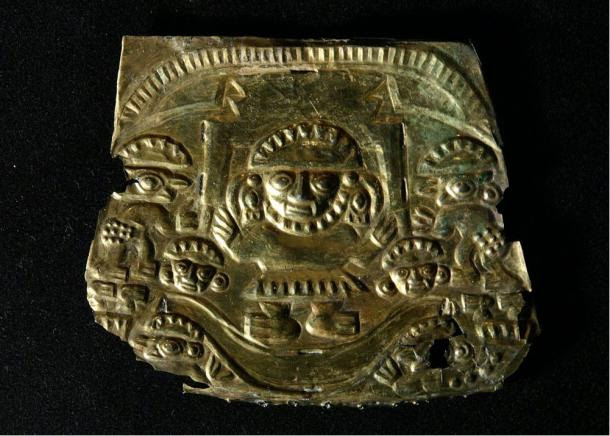 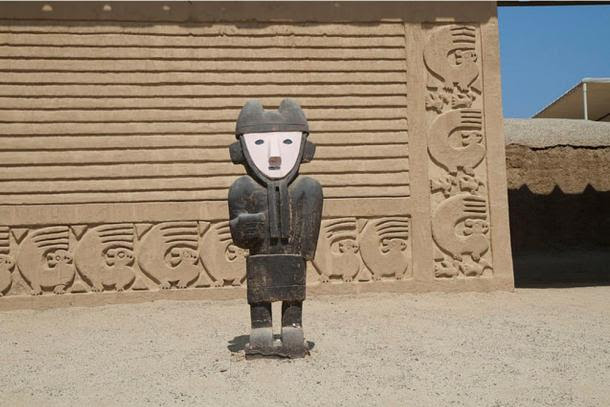 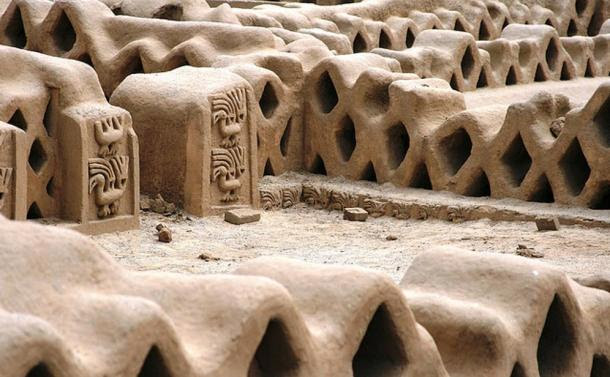 The amazing constructions of the Chimu capital city, Chan Chan.  (Carlos Adampol Galindo, Flickr/CC BY-SA 2.0)
Chimu culture arose about 900 AD, but was eventually conquered by the Inca around 1470 AD.
The Chimu telephone, and many other amazing ancient technologies, remind us that ancient cultures were capable of marvelous inventions, ideas, and creations long before our ‘sophisticated’ modern societies dreamed them up (sometimes for a second time).

Publicada por Ufomania - The truth is out there à(s) 9:42 PM