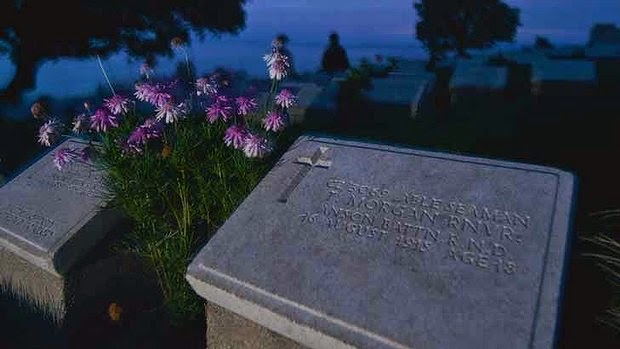 Dusk had settled and night was closing in on Beach Cemetery at Hell Spit, on the old Anzac battlefields of Gallipoli, when Fairfax photographer Joe Armao opened the shutter on his last series of pictures for the day – and captured something inexplicable.
Only three people were at the cemetery, or anywhere, so far as we were aware, within kilometres: Armao, guide and local author Celal Boz, and me.
Celal was standing among the silent graves, the only person – no more than a silhouette in the gloom – in the camera's field of vision.
By the time the shutter closed, what appeared to be another ghostly figure had been captured by the camera. 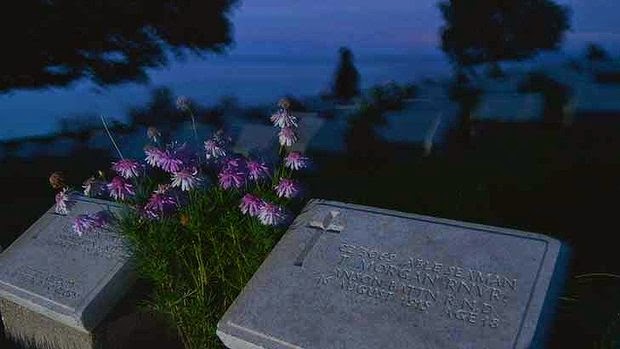 To see the video click Here
The shadowy silhouette of a figure in a wide-brimmed hat appeared in the frame.
In the foreground is a flower that grows between the gravestones.
The spectral figure appears in only one of a series of three near-identical frames shot by Armao over 40 seconds. The camera angle had changed no more than 15 centimetres over the series of pictures, and the shutter had been set for a 2.5-second exposure because of the gathering dark.
Armao saw the unexplained apparition when he checked the frames a few seconds later.
He could offer no explanation, but he said the hair stood up on the back of his neck. When he showed Celal and me, we packed up and left the empty cemetery.
Armao, a Walkley-award-winning photographer of 25 years' experience, said he had never seen anything remotely like the picture that appeared on his screen.
Hours of close and sceptical inspection of the frame, including extreme digital enlargement, comparison with other frames and lively discussion of a number of theories about shadows from the flower, tricks of the light and movement of the camera during the 2.5-second exposure offered no conclusive explanation.
It was simply a moment in a darkening graveyard, 99 years since Anzac soldiers stormed ashore at nearby Anzac Cove, captured by a closing shutter.
We offer it for your judgment.
Source: Mercury
Publicada por Ufomania - The truth is out there à(s) 9:33 PM