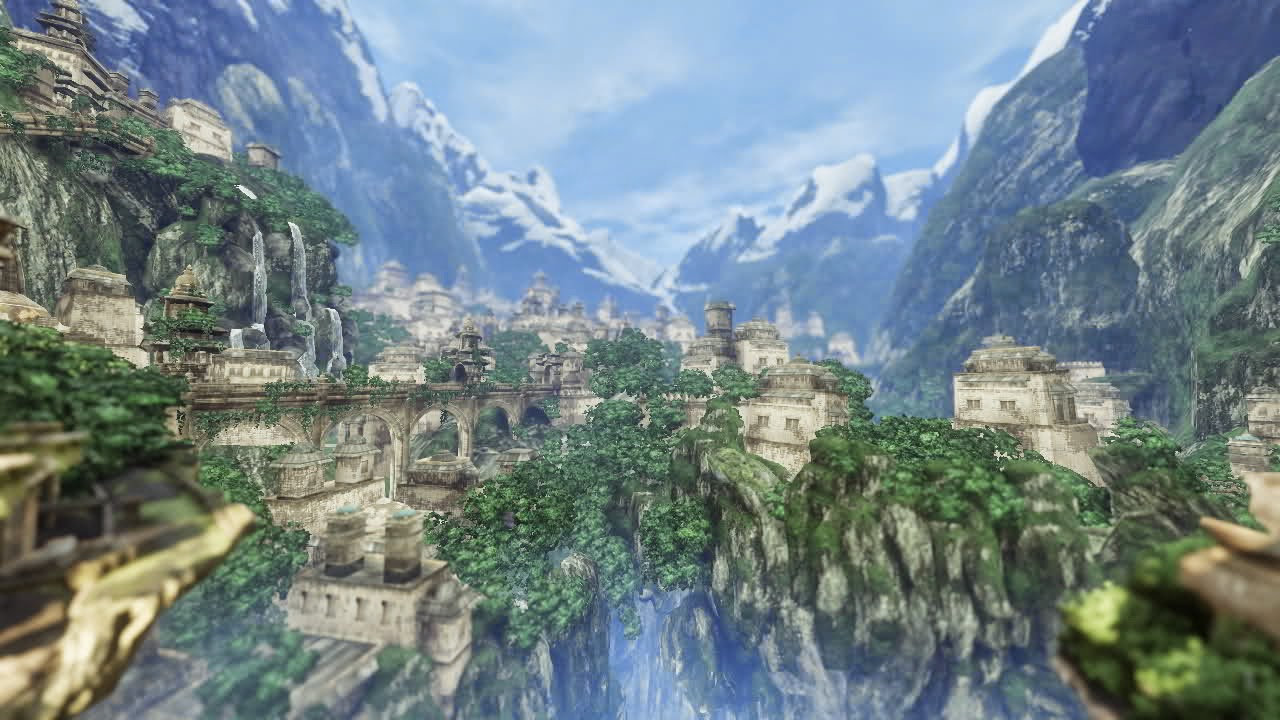 Shambhala, which is a Sanskrit word meaning “place of peace” or “place of silence”, is a mythical paradise spoken of in ancient texts, including the Kalachakra Tantra and the ancient scriptures of the Zhang Zhung culture which predated Tibetan Buddhism in western Tibet. According to legend, it is a land where only the pure of heart can live, a place where love and wisdom reigns and where people are immune to suffering, want or old age.Shambhala is said to be the land of a thousand names. It has been called the Forbidden Land, the Land of White Waters, Land of Radiant Spirits, Land of Living Fire, Land of the Living Gods and Land of Wonders. The Hindus call it Aryavartha (‘The Land of the Worthy Ones); the Chinese know it as Hsi Tien, the Western Paradise of Hsi Wang Mu; and to the Russian Old Believers, it is known as Belovoyde.

But throughout Asia, it is best known by its Sanskrit name, Shambhala, Shamballa, or Shangri-la.The legend of Shambhala is said to date back thousands of years, and reference to the mythical land can be found in various ancient texts. The Bön scriptures speak of a closely related land called Olmolungring. Hindu texts such as Vishnu Purana mention Shambhala as the birth place of Kalki, the final incarnation of Vishnu who will usher in a new Golden Age. The Buddhist myth of Shambhala is an adaptation of the earlier Hindu myth. However, the text in which Shambhala is first discussed extensively is the Kalachakra.The Kalachakra refers to a complex and advanced esoteric teaching and practice in Tibetan Buddhism. Shakyamuni Buddha is said to have taught the Kalachakra on request of King Suchandra of Shambhala.As with many concepts in the Kalachakra, the idea of Shambhala is said to have outer, inner, and alternative meanings. The outer meaning understands Shambhala to exist as a physical place, although only individuals with the appropriate karma can reach it and experience it as such.

Shambhala is described as a land of paradise;
The inner and alternative meanings refer to more subtle understandings of what Shambhala represents in terms of one's own body and mind (inner), and during meditative practice (alternative). These two types of symbolic explanations are generally passed on orally from teacher to student.As the 14th Dalai Lama noted during the 1985 Kalachakra initiation in Bodhgaya, Shambhala is not an ordinary country:


"Although those with special affiliation may actually be able to go there through their karmic connection, nevertheless it is not a physical place that we can actually find. "We can only say that it is a pure land, a pure land in the human realm. And unless one has the merit and the actual karmic association, one cannot actually arrive there."

A Buddhist depiction of Shambhala from
Sera Monastery (private collection). Image ref..
The Prophecy of ShambhalaThe concept of Shambhala plays an important role in Tibetan religious teachings, and has particular relevance in Tibetan mythology about the future. The Kalachakra prophesies the gradual deterioration of mankind as the ideology of materialism spreads over the earth. When the “barbarians” who follow this ideology are united under an evil king and think there is nothing left to conquer, the mists will lift to reveal the snowy mountains of Shambhala. The barbarians will attack Shambhala with a huge army equipped with terrible weapons. Then the king of Shambhala will emerge from Shambhala with a huge army to vanquish "dark forces" and usher in a worldwide Golden Age.Though the Kālachakra prophesies a future war, this appears in conflict with the vows of Buddhist teachings that prohibit violence. This has led some theologians to interpret the war symbolically – the Kālachakra is not advocating violence against people but rather refers to the inner battle of the religious practitioner against inner demonic tendencies.Shambhala’s hidden locationOver many centuries, numerous explorers and seekers of spiritual wisdom have embarked on expeditions and quests in search of the mythical paradise of Shambhala, and while many have claimed to have been there, no one has yet provided any evidence of its existence or been able to pinpoint its physical location on a map, however most references place Shambhala in the mountainous regions of Eurasia. Ancient Zhang Zhung texts identify Shambhala with the Sutlej Valley in Punjab or Himachal Pradesh, India. Mongolians identify Shambhala with certain valleys of southern Siberia. In Altai folklore, Mount Belukha is believed to be the gateway to Shambhala. Modern Buddhist scholars seem to conclude that Shambhala is located in the higher reaches of the Himalayas in what is now called the Dhauladhar Mountains around Mcleodganj. Some legends say that the entrance to Shambhala is hidden inside a remote, abandoned monastery in Tibet, and guarded by beings known as the Shambhala Guardians.

According to Buddhist traditions, Shambhala is located in the Himalayan Mountains. Photo: Wikipedia.
For some, the fact that Shambhala has never been found has a very simple explanation – many believe that Shambhala lies on the very edge of physical reality, as a bridge connecting this world to one beyond it.While many disregard Shambhala as the fanciful subject of myth and legend, for others, a belief in Shambhala stirs an inner yearning to one day find this utopian kingdom.