Diver Finds Evidence of Giant Race of Humans in Arkansas

Mike Young from Fort Smith, Arkansas has been asked to help the History Channel provide evidence that a giant race of red haired Indians once lived in Arkansas.
“They were between 8 and 10 feet tall, some up to as tall as 12 feet long skeletal remains,” said Young “They had 2 rows of teeth instead of 1 row of teeth and they were rumored to be …well the Native Americans had legends that they where cannibalistic and also had red hair. ”
Young said that “there is strong evidence human giants lived in the area that is now Arkansas”, however did not find any skeletons in his dive.
His dive will air on history channel November 4th according to KSFM 5 News. 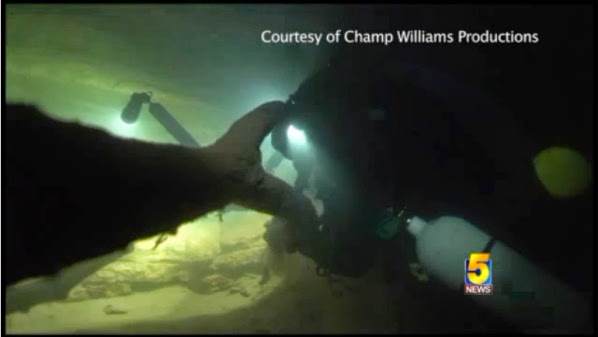 Publicada por Ufomania - The truth is out there à(s) 6:34 PM