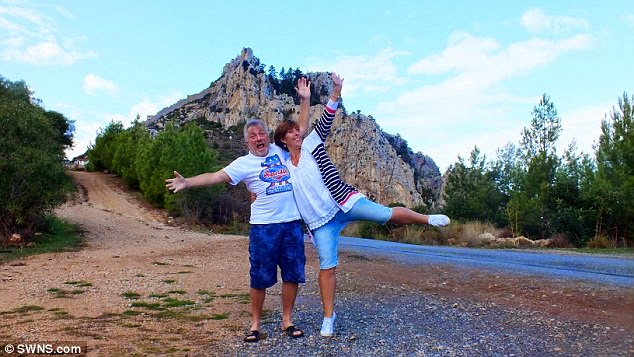 It's a common conception that ghosts show up in photographs. Still, it's unusual to capture the same apparition three times, from multiple angles, hundreds of metres away and in broad daylight.
Spooked couple Michael and Wendy Holmes believe they caught a ghostly figure in a number of shots taken while on a day trip to a historic mountaintop castle and monastery while on holiday in Cyprus.

The Holmes' were visiting the Mediterranean isle for a family wedding but it was only once they got home to England and looked at the images on screen that they noticed something was amiss. 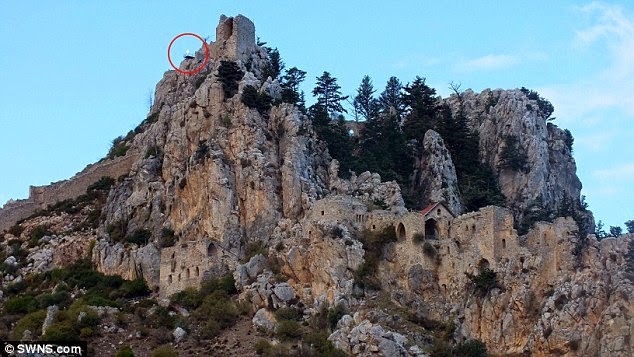 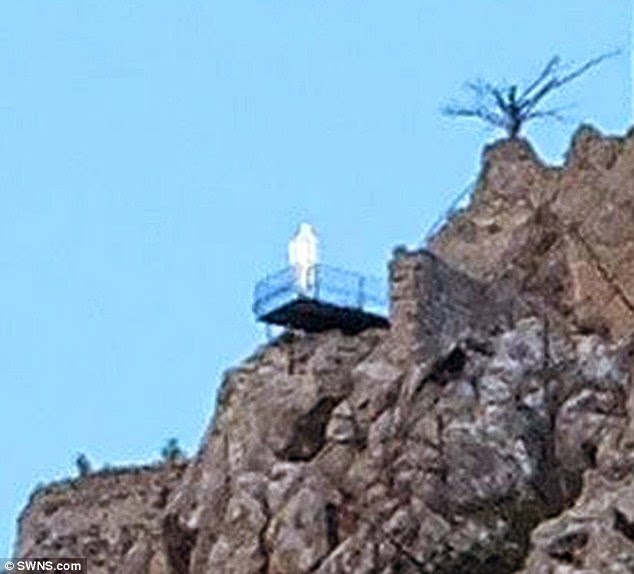 A mystery white shape appears in three different photographs, all taken from separate angles, standing on a viewing platform near the eleventh century Saint Hilarion Castle far above the couple.

Read the rest here: http://www.dailymail.co.uk/travel/travel_news/article-2825153/Ghostly-figure-appears-THREE-holiday-snaps-taken-couple-Cyprus-castle-traitors-thrown-death.html
Publicada por Ufomania - The truth is out there à(s) 1:10 PM