Is the truth out there? Chilling snap shows UFO photographed over British city 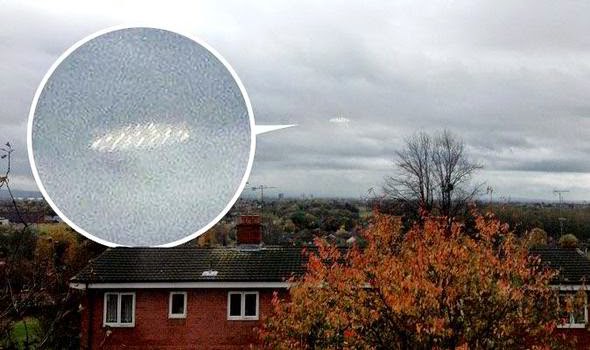 John Hindley managed to photograph the unidentified object while staying with a friend.
The 35-year-old craftsman claims he took the shocking snap after waking up to feel a "lunar pull" drawing him to the window at around 10am.


Mr Hindley said looked out the window and spotted the saucer,  which floated over the Pennines mountain range for half an hour before vanishing.
He said: "I just thought it was a glitch in the sky. It was a few miles away. I took two photos and then just left it.
"Two days after I remembered the feeling I had.
"It was like that pull I had had before.
"Normally when you take a photo there is no emotion so I remembered that feeling I had and so I thought I would look at the photo.
"I had it again when I looked at the photo.
"It was like magnetic pull - a lunar pull.
"I felt the same pull when I took the picture." 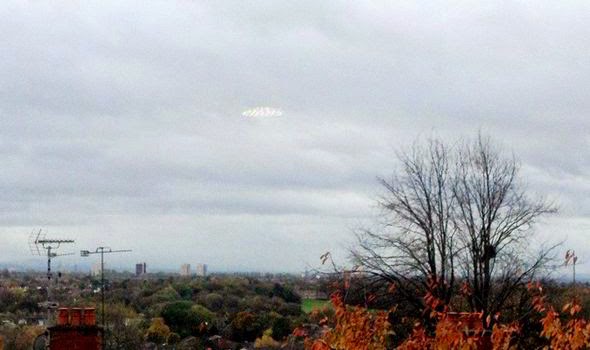 Mr Hindley captured the shocking image while staying with his friend in a third-floor flat in Middleton, north of Manchester on Friday November 7.
But he didn't see what he had managed to photograph until two days later when his mysterious "pulling" sensation returned.
He said: "I am a rational man. I have never felt that feeling before.
"With the feeling I had and what it looks like, I don't think it was a Chinook helicopter.
He added: "I definitely think it could have been a UFO.
"I think people more people are realising that we are not the only people floating around the vicinity.
"I mean the photo shows the lights shining through the clouds.
"I really don't think it is a reflection - look at the saucer shaped object and the lights and the two lines coming out of the bottom."
Source: http://www.express.co.uk/
Publicada por Ufomania - The truth is out there à(s) 10:52 AM