Experienced mountaineers who, for years, have explored the secrets of that mountain, claim to have seen on the slopes, in the crevices and cliffs of the crater, humanoid beings measuring over two meters high, moving on foot, without using any protective clothing even being there to over 4000 meters above sea level.

The well-known climber, Guillermo Vidalles, aka Huracán Vidales, reported that, on more than one occasion rescue operations in that mountain, for example, saw humanoid creatures measuring two meters to two meters tall. They were very thin and climbed up to the crater of the volcano with a superhuman speed.

His footprints are very large, the part corresponding to heel leaves a hole, something that resembles a claw which apparently serves them - like a propussive support - in these dislocations impressive through the snow and ice. Vidalles said: Were not human. Once, we saw one of these individuals climb up the glacier in 10 minutes, a stretch that we [humans] linger about 3-4 hours to go. They have an amazing agility. 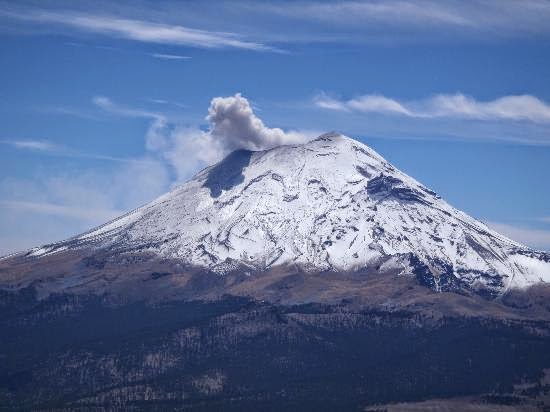