The Time Traveler who Recorded Himself in the Future, On his Cell phone


Meet Håkan Nordkvist, The man who claims that he have been able to visit himself in the future and its not just a baseless claim as he also have a video to back it up as an evidence. Sometime in 2006,Hakan who assumed there is only a water leak on his kitchen floor led him to a startling discovery. As he crawls deeper into the cupboard to reach some pipes, he then realizes that he have entered another world.


“I had to crawl inside the cabinet, and as I did so, I discovered that it just continued. So I kept on crawling further and further into the cabinet. In the end of the tunnel I saw a light, and when I got there, I realized I was in the future.” - Håkan Nordkvist

Hakan describes the another world as the same world that we live in, the only difference is that its time is far more advanced than us, He get to see himself as an old man presumably around the age of 70-years old. Hakan cannot believe what he just saw and "good timing" was on his side as he happens to have his mobile phone on his pocket and he used it to document the whole experience. Some thinks that his kitchen is actually a wormhole. 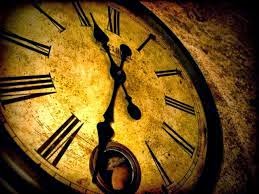 Publicada por Ufomania - The truth is out there à(s) 1:34 PM