SECRET COLONIZATION OF THE MOON AND MARS 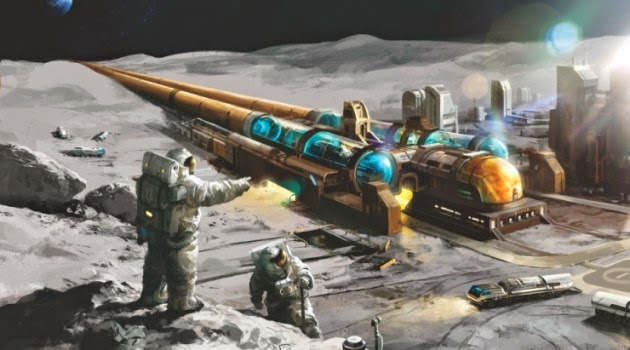 Al Bielek has also said that when the astronauts of Apollo 11 arrived on the moon, that they told Houston Space Centre:

"Houston, we've got visitors up here."
Houston answered:
"Are they Americans?" and the astronauts said "Yes."
Americans were waiting for them to arrive, in chemically fueled rockets.

Al also claims there are colonies on Mars, but there is evidence that they have been over run and destroyed, the story goes, by reptilians.

He said radio transmissions to earth from the colonies, which were regular, suddenly shut off years ago. Al also says US and Russian interests are mining the back of the moon, bringing titanium back.

"One who knows" also writes that the secret American moon base in Copernicus crater was destroyed by Russian neutron beam attack on Sept 27 1977. Kennedy said in 1961 that before the decade was out, landing on the moon was a goal. But there was already an American base on the moon and a year later a space probe landed on Mars, which confirmed the existence of an environment which could support life.

Not long after, the construction of a colony began on Mars. This was set up by the descendants of European royalty, called the Bilderbergers. They also run the Pine Gap base along with the CIA which is an interdimensional doorway.

Read also: Basiago and Eisenhower: "Marsgate" and the "Alternative 4" Dimension of Human Consciousness


Are people still leaving for Mars but through an interdimensional doorway at Pine Gap now?

Publicada por Ufomania - The truth is out there à(s) 7:54 PM