UFO Sucking Energy From The Sun, Alien Manufacture The Metals That UFOs Are Stronger

Telescope images captured of the sun what appears to be a planet-size shadowy object tethered to the sun by a dark filament.

In the image sequence, a burst of brightly lit material can be seen erupting from the sun's surface surrounding the dark object, after which the orb detaches from the sun and shoots out into space.

The footage, a composite of images captured by the Solar Dynamics Observatory and processed by scientists at NASA's Goddard Space Flight Center, has quickly garnered attention on YouTube, where viewers are suggesting it shows a UFO spacecraft refueling by sucking up solar plasma, or at the very least, the birth of a new planet.

However, according to NASA scientists, the feature is actually a little-understood, but frequently observed, type of solar activity called a "prominence," and the way it is situated beneath another solar feature gives it its otherworldy appearance.

Read also: Is Our Sun a MASSIVE UFO Stargate? 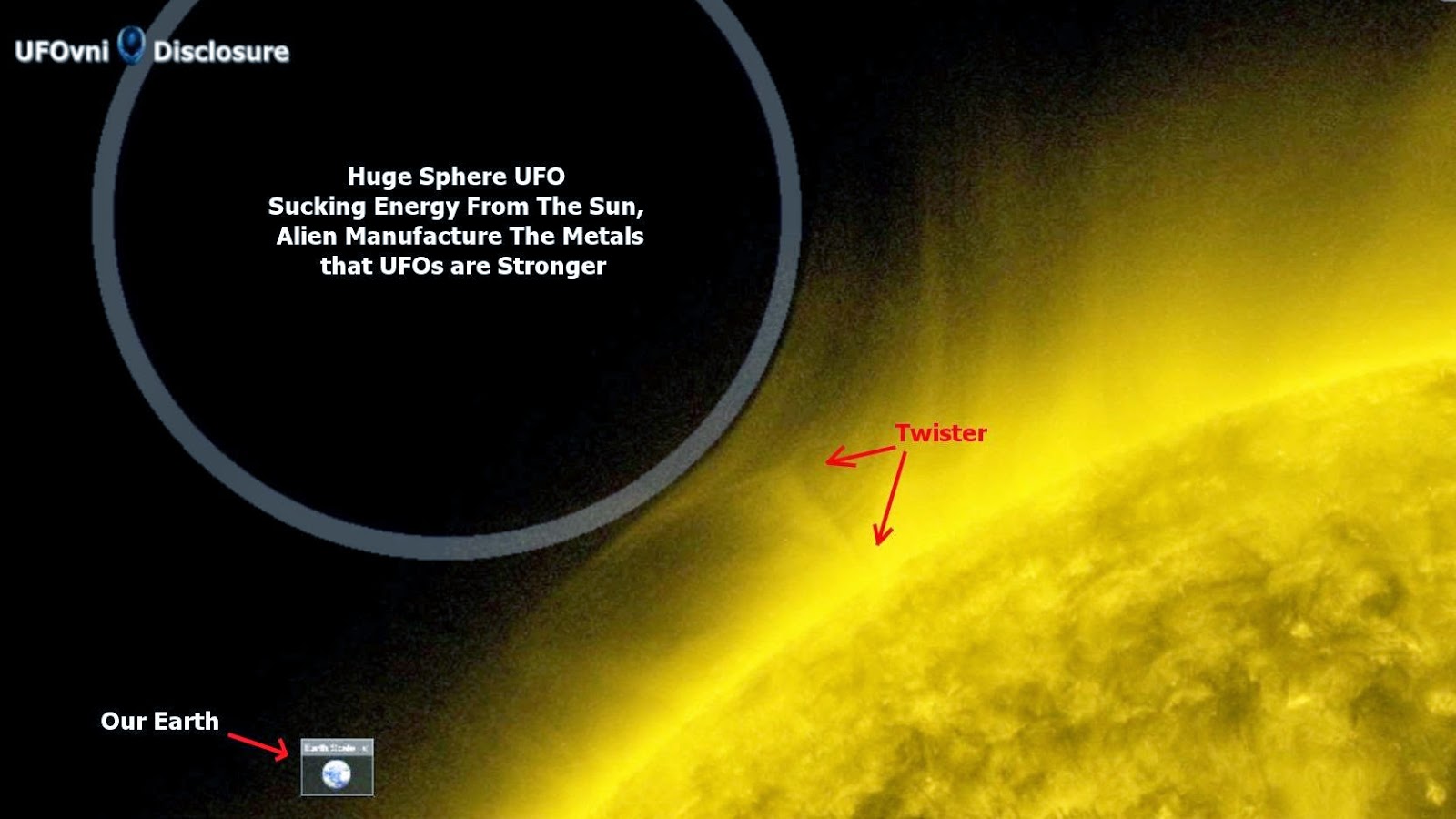 Publicada por Ufomania - The truth is out there à(s) 8:43 PM