The letter received recounts experiences where the anonymous Navy officer (refers to himself as “Brian”) recounts his bizarre and extraordinary experiences flying cargo and rescue in Antarctica between the years 1983 to 1997. He claims that a collaboration between humans and aliens exist, and that the Antarctica is a major research ground for these incredible collaborations.

Brian’s high strangeness experiences flying cargo and rescue in Antarctica were in the 1983 to 1997 time period and included several observations of aerial silver discs darting around over the Transantarctic Mountains. He and his crew also saw a big hole in the ice only about five to ten miles from the geographic South Pole (pink circle on map) that was supposed to be a No Fly Zone. But during an emergency medevac situation, they entered the No Fly Zone and saw what they were not supposed to see: an alleged entrance to a human and E. T. science research base created under the ice. Then at a camp near Marie Byrd Land, some dozen scientists disappeared for two weeks and when they re-appeared, Brian’s flight crew got the assignment to pick them up. Brian says they would not talk and “their faces looked scared.”

In the strange letter sent to Earth Files the officer states that he experienced things such as:
He has decided to share what he experienced between those years in the following letter, reproduced in full below:

Hi Linda
I am a retired United States Navy LC130 Flight Engineer that retired after 20 years of service in 1997. I have been wanting to write you for a long time about my experience on the Antarctic continent with flying vehicles that I was told not to talk about. I served part of my 20 years in the Navy with a Squadron called Antarctic Development Squadron Six or VXE-6 as it was also known. I served with this squadron from around 1983 till I retired March of 1997. Being a flight engineer and flying more then 4000 hours in that capacity I have seen things that most people have not even imagined on the Continent of Antarctica. The land there seems more alien then earthly. Our deployments to this land started in late September and ended the end of February every year until the Squadron was decommissioned in 1999. This time of year was the summer season when most of the science was done do to warmer temps and 24 hours of daylight.

During my time in the squadron I flew to almost every part of the Antarctic Continent including the South Pole more the 300 times. McMurdo Station which is 3.5 hours of flying time from the South Pole station was the point of squadron operation during our yearly deployments. Between these two stations is a mountain range called the Trans Antarctic’s. With what we called Severe Clear weather from McMurdo to South Pole the Trans Antarctic’s are visible from the altitudes which the aircraft flew approximately 25,000 to 35,000 feet. On several flights to and from South Pole our crew viewed air vehicles darting around the tops of Trans Antarctic’s almost exactly in the same spot every time we would fly by and view them. This is very unusual for air traffic down there due to the fact that the only aircraft flying on the continent were our squadron aircraft. Every aircraft knew where the other aircraft were do to flight schedules being followed.

Another unique issue with South Pole station is that our aircraft was not allowed to fly over a certain area designated 5 miles from the station. The reason stated because of a air sampling camp in that area. This did not make any sense to any of us on the crew because on 2 different occasions we had to fly over this area. One time due to a medical evacuation of the Australian camp called Davis Camp. It was on the opposite side of the continent and we had to refuel at South Pole and a direct course to this Davis Camp was right over the air sampling station. The only thing we saw going over this camp was a very large hole going into the ice. You could fly one of our LC130 into this thing.

It was after this medevac mission we where briefed by some spooks (Intelligence Agents I presumed) from Washington DC and told not to speak of the area we overflew. The other time we got close to “The air sampling Camp” we had navigation and electrical failures on the aircraft and was told to immediately depart the area and report to our squadron commanding officer when we returned to McMurdo. Needless to say our pilot (Aircraft Commander) got his butt chewed and our crew was not on the South Pole supply run for over a month. There were many other times we saw things that was out of the ordinary.

One outlying camp (near Marie Byrd Land) we dropped scientists and their equipment at was out of communication with McMurdo for 2 weeks. Our crew flew back to the camp to find out if the scientists were ok. We found no one there and no sign of any fowl play. The Radio was working fine as we called McMurdo to verify it working properly. We left the camp and flew back to McMurdo as ordered by our CO. A week later the Scientist showed back up to there camp and called McMurdo for someone to come pick them up. Our crew got the flight back there to pick them since we put them into that camp and we knew the terrain and location. None of the scientists would talk to any of the crew on the plane and to me they looked scared.

As soon as we landed back at McMurdo they (Scientists) where put on another of our squadron aircraft and flown to Christchurch New Zealand. We never heard about them again. Their equipment that we brought back from the camp was put in quarantine and shipped back to the United States escorted by the same spooks that debriefed us about our fly over of the air sample camp/ large hole in the ice. I could go on and on about things and situations that I observed during my tour with VXE-6. Talk among the flight crews was that there is a UFO base at South Pole and some of the crew heard talk from some of the scientist working at the Pole of EBEs working with and interacting with the scientists at that air sampling camp/large ice hole. 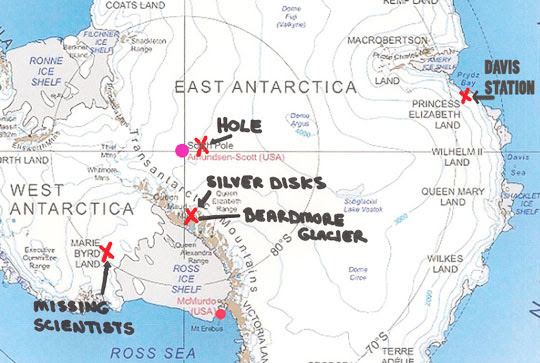 Brian, now 59 years old, graduated from an Iowa college with an associate’s degree in aviation maintenance technology and an aviation certificate. In 1977, he then enlisted in the U. S. Navy and served for twenty years until his retirement in 1997. He provided Earthfiles his DD-214 documents and other certificates of service including this Antarctic Service Medal given to him on November 20, 1984 as proof of his time in service. 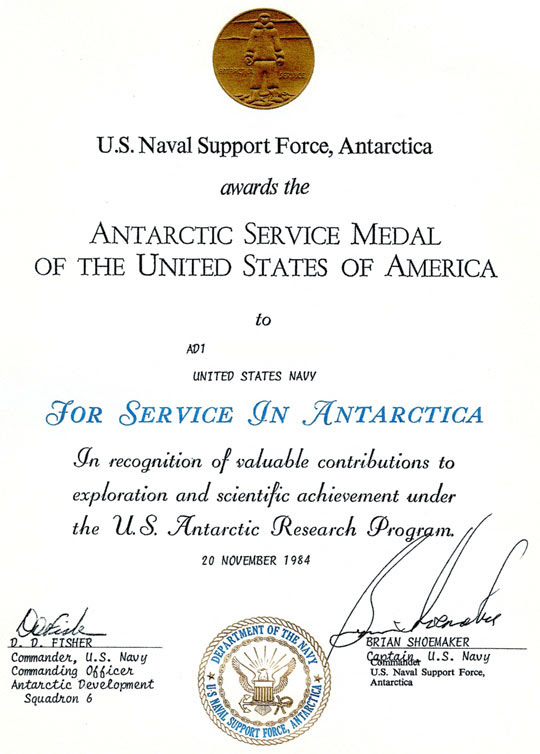 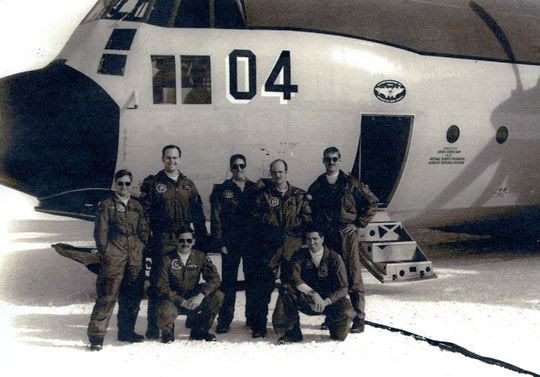 SUMMARY
There appears to be many secrets hidden in the Antarctica and we are pretty much hearing different stories every month about military personnel disclosing information about Aliens in that part of the world!

But what a great secluded part of the world for the Aliens to keep out of sight from prying eyes….or so they thought!

Read also: The Secret Past of Antarctica
Publicada por Ufomania - The truth is out there à(s) 7:17 PM