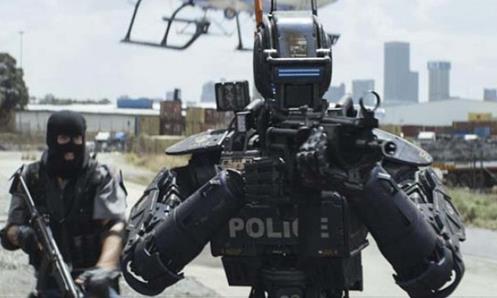 It's not quite cyborg law enforcer Alex Murphy from 'RoboCop', and will unlikely be heard shouting "You have 20 seconds to comply", but Dubai Police have revealed plans to enlist a high-tech officer. The force have unveiled their futuristic friend to help police in tourist areas and assist residents and visitors.

The robot will have artificial intelligence and will be able to function independently for some services. Alongside upholding the law, the robot will be a bit of a linguist, with the ability to speak six languages.
Police plan to have the robot officer up and running in tourist hotspots such as Downtown Dubai, Burj Khalifa and JBR by 2017, with a plan to eventually have the futuristic enforcers in all cop shops in the emirate to help members of the public.
Related: The Dubai Police Have A Bugatti Veyron
Colonel Khalid Al Razooqi, the director of the smart services department at Dubai police , said: "The new smart robot is the latest technology whichDubai Police will use in the future - especially with the increase of tourists every year.
We are working with specialist international companies to create the future cop and after finishing the modifications and updates, we will have a robot cop who can work just like any human policeman and won't be controlled and will have a developed programme. Dubai will be the first city to have such a robot cop".

No name has yet been chosen for the robot. Meanwhile, General Khamis Mattar Al Muzaina, the head of Dubai Police , told the Ministry of Interior's 999 magazine that the new robot will be different to any robot in the world.
"We are always looking for the latest technology to make our customers happy and to finish their transaction in a fast way", Al Muzaina said. "The robot which will be in service in 2017 will be different from other robots in the world. It has special features to be a robot policeman".

Publicada por Ufomania - The truth is out there à(s) 8:08 PM