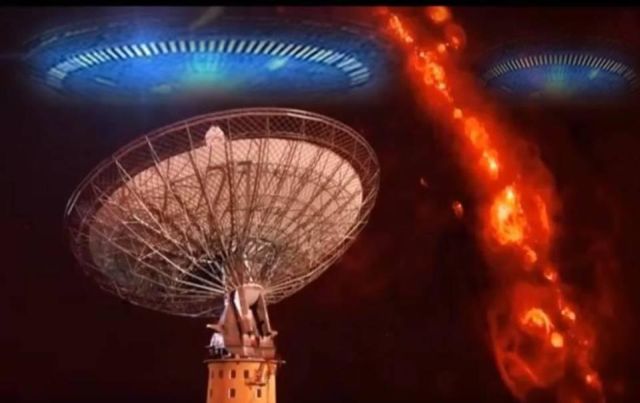 In the next two videos a short interview with Sky News and Former MOD UFO investigator Nick Pope on the UFO phenomenon and a summary of an interview with MSNBC host Chris Hayes and astrophysicist and Cosmos host Neil DeGrasse who said that our definition of intelligence might greatly differ from the views of advanced extraterrestrials beings.

DeGrasse told to MSNBC host Hayes: “My great fear is that we’ve in fact been visited by intelligent aliens, but they chose not to make contact, on the conclusion that there’s no sign of intelligent life on Earth.”
“One reason it’s presumptuous for humans to act like they’re the arbiters of intelligence, is the possibility that planets much older than ours are already sending us messages in a format that, while basic to them, is incomprehensible by our current standards.
“How is that for measures of intelligence?”‘