History as a Habit of Repeating Itself - Is Putin Starting WW3?


History as a habit of repeating itself. Is Putin's march into the Crimean peninsula a sign of imminent global conflict? Is Putin starting WW3?

A chilling warning over the threat of World War Three has come from Polish statesman Lech Walesa.
He spoke as Vladimir Putin made clear he will deploy the nuclear-capable Tupolev bomber to annexed Crimea, and send Iskander surface-to-surface missile systems close to Poland’s border.
The man who as a Gdansk trade union leader inspired the end of the Cold War accused the Kremlin leader of playing with fire, saying tens of millions could die.
“Putin has started a war with the whole civilized world,” ex-president Walesa told TBVN24 channel.
“He broke agreements, contracts, guarantees.
“The world cannot just leave it like this. If something like this happens, only force is left.
“How can we win, if he is boxing, and we are playing chess?
“This kind of fighting is from another epoch, which is doomed to be defeated. I do not doubt it that freedom and democracy will win.” 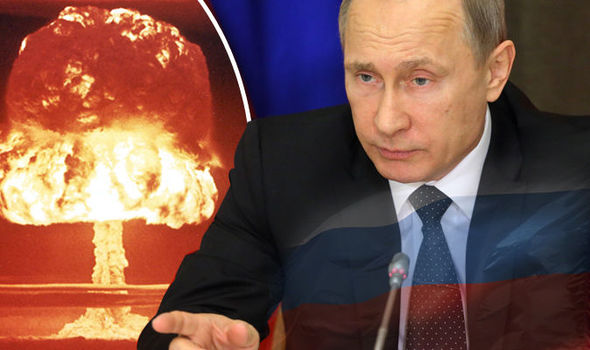 Publicada por Ufomania - The truth is out there à(s) 9:12 PM