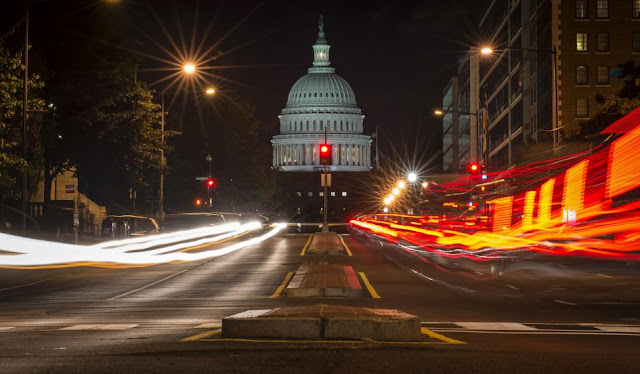 Back in 2001, as part of Dr Steven Greer's Disclosure Project, Sergeant First Class Clifford Stone blew the whistle on what he referred to as unacknowledged Special Access Programs (or uSAPs) within the US government.Such programs are also commonly referred to as black projects or deep black programs and are of an extremely covert and secretive nature.Unacknowledged Special Access Programs are said to be highly compartmentalized and even those with the necessary security clearances can only access the information on a "need to know" basis. These uSAPs are also hidden from public oversight and accounting.The US Congress and the US President have no access to this information because they do not hold the necessary security clearances and neither do they have a "need to know".

Alleged picture of "anti-gravity" flying triangle, financed from black budgets
In 1997, a US Senate report described these alleged unacknowledged Special Access Programs as "so sensitive that they are exempt from standard reporting requirements to the Congress."Then, in 2013, NSA whistleblower Edward Snowden leaked top secret government documentation which proved that such Special Access Programs do indeed exist. According to the Washington Post, the documents revealed how $52.6-billion was put towards such operations in the fiscal year 2013.


Does The US Government Have Fleets Of UFOs? - The Solar Warden Project

Whilst the black budget documents indicated that billions of dollars are spent on these covert operations each year, others suggest that the figure is actually much close to trillions of dollars.The majority of the finance is allegedly unaccounted for and is going into projects which, in an official capacity, do not exist.According to former Canadian defense minister, Paul Hellyer (the only G8 official to speak on the issue):


"It is ironic that the U.S. would begin a devastating war, allegedly in search of weapons of mass destruction when the most worrisome developments in this field are occurring in your own backyard. It is ironic that the U.S. should be fighting monstrously expensive wars  allegedly to bring democracy to those countries, when it itself can no longer claim to be called a democracy when trillions, and I mean thousands of billions of dollars have been spent on projects which both Congress and the Commander-in-Chief know nothing about."

Back in 2001 the Secretary of Defence, Donald Rumsfield had stated in front of the House Appropriations Committee:


"The financial systems of the Department of Defence are so snarled up that we can’t account for some $2.6 trillion in transactions that exist."

As of yet, the Washington Post have only published one tenth of the 178 pages of documents related to unacknowledged Special Access Programs.
They claim that US officials who were contacted prior to publishing the news had shown concerns over the "risk to intelligence sources and methods”.