Proof Of Time Travellers Found in Many Historical Records and Photographs. 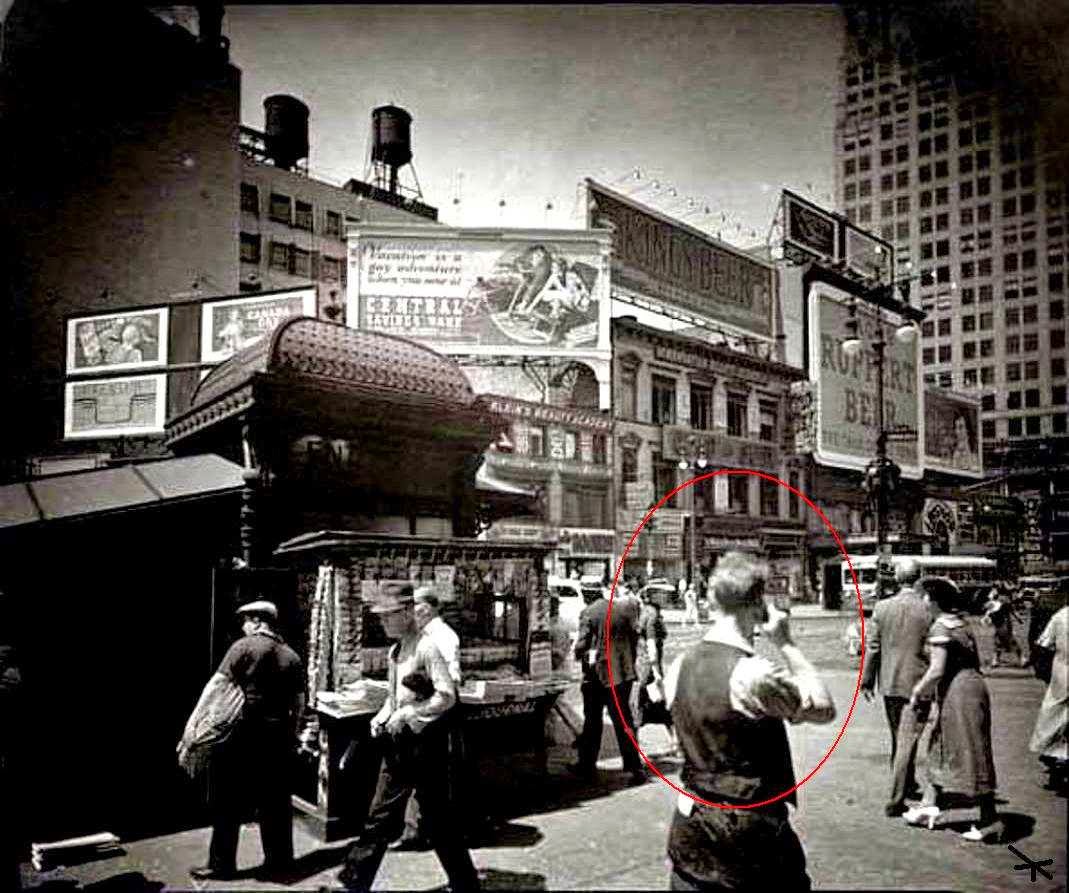 Proof of time travel can be found in many historical records and photographs.  Lets starts our CIS investigation with the steam punk time traveller. (Above)
When: 1905 Who: a punk rocker. This guy was clearly a total amateur. He doesn’t look anything like anyone else in the photo! He’s got the Mohawk haircut (and whoever heard of Mohawks on white guys before 1970?), plus he’s wearing a white short sleeved shirt and everyone else is in long sleeves and jackets and hats. Given the popularity of the haircut in the 1970s, actually, we’d argue that this time traveler probably traveled to 1905 from the 1970s.  Who knew they had time travel back then? Personally, though, we’re more concerned about that guy who is kind of in front of him and more in the foreground. He’s wearing a hat but his hair looks like it’s got a big vein in it, like he’s got a giant head with huge veins that he is concealing with a hat. To us, he looks like a Talosian, those guys from the Star Trek episode The Menagerie/The Cage! That’s right, it’s a time traveling alien! 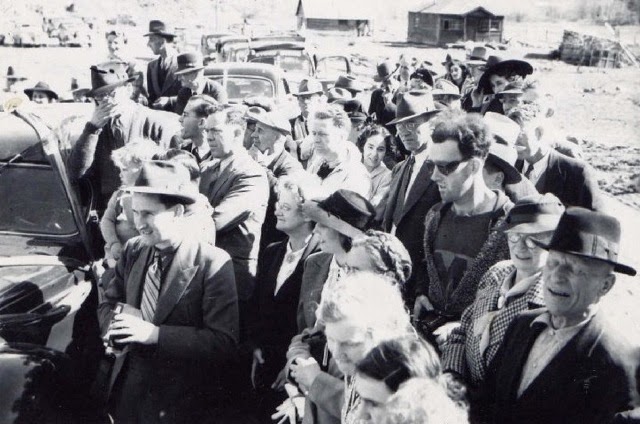 A Time Travelling hipster! This is the famous photograph that started the new craze for looking for time travelers in old photographs. This hipster’s got totally cool wraparound glasses, is wearing a faded old silkscreened t-shirt of the sort not made until the 1970s (when Forrest Gump popularized them), has a pocket-size digital camera around his neck, and a modern haircut. He’s also quite a bit taller than the people surrounding him, reflecting the greater height people have today. Who does he think he’s fooling? 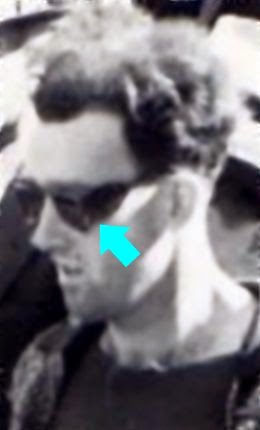 It’s the short description for the photograph shown at the virtual Bralorne Pioneer Museum, from British Columbia, Canada. The image can be seen above, among other items of the online exhibit. Did you notice anything out of place? Or perhaps, out of time?
The man with what appears to be very modern sunglasses seems to be wearing a stamped T-shirt with a nice sweater, all the while holding a portable compact camera!
Internet people reached to the obvious conclusion: it’s a time traveller caught on camera on 1940! Finally, we have proof!
If the story seems straight out of a movie and the photo is in itself a great funny find, the most amusing thing i came up with while looking into this – as an Internet person, on the Internet – was the reply for a skeptical, or perhaps somewhat cynical comment on how spurious it would seem the idea that a time traveler would want to visit the reopening of a bridge in some small town in Canada.
Read this on Doc Brown’s voice: “Of course, because we know nothing happened there right? But if we are considering time travel, how can we know if in some other timeline something historical happened right there?”
Indeed! Once you consider time travel, everything changes. But before writing Hollywood scripts, let’s get back to reality and ask again: is the photo evidence of a time traveller? 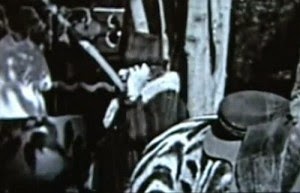 In a behind the scenes footage, part of Charlie Chaplin’s “The Circus”  – A large woman dressed in black with a hat hiding most of her face, with what can only be described as a mobile phone device – talking as she walks alone. I have studied this film for over a year now – showing it to over 100 people and at a film festival, yet no-one can give any explanation as to what she is doing. My only theory many others – is simple… a time traveler on a mobile phone.”
Here is the actual video for a better look at this unexplained mystery 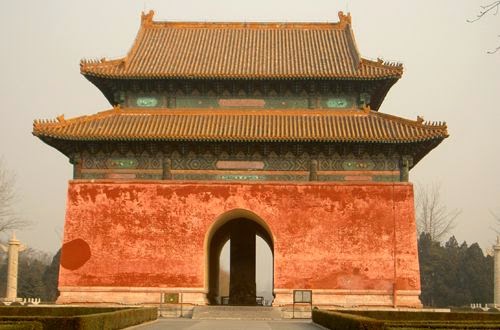 In Dec. 11, 2008, a team of Chinese tomb raiders announced they found a Swiss ring-watch, after removing the covering of the 400 years old Si Qing tomb, from Ming Dinasty, placed in Shangsi County. Before you say it's a hoax, take a look at these pictures: 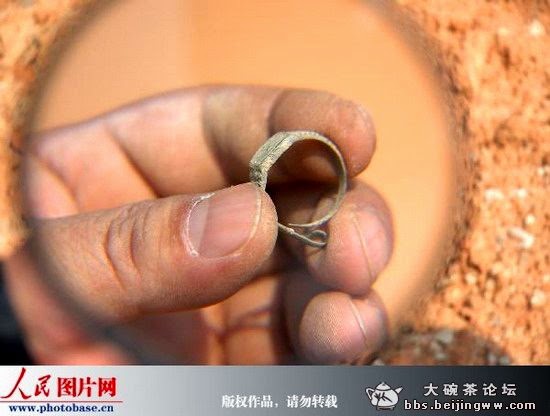 Below, you can see that the supposed watch stopped working in 10:10 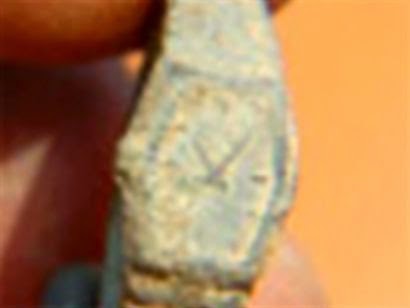 Here she is with Marilyn Monroe: 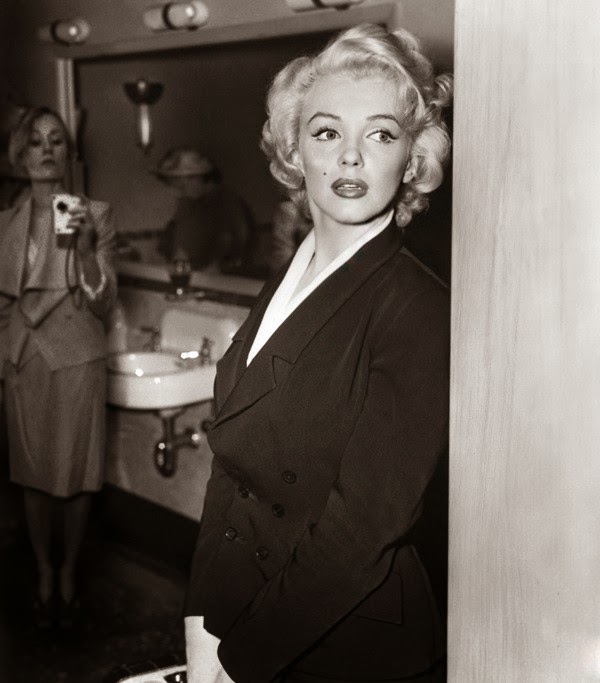 What if we could take our cameras and iPhones back through time, and capture pictures of ourselves in moments throughout history? Stand beside famous celebrities, mingle with people from eras past?

Do you think time travelling is possible or it's just Sci Fi? If you had had the chance to time travel when and where would you have gone and why? Would you have changed anything or let things stay the way they were at that time?