To comprehend fully the secret information in the Bible, it is important to understand the extent of the subterranean tunnel system and associated chamber facilities existing below the surface of the Pyramid Plateau, for it was there that major elements of Mystery School teachings developed.

What happened under the sands thousands of years ago is not reflected in today's history books, and discoveries made in the last eight decades or so verify that point.

The Fayum Oasis district, just a few kilometers outside the boundary of the Memphis Nome, presents a site of unusual interest. It was in that lush, fertile valley that Pharaohs calling themselves the "masters of the royal hunts" fished and hunted with the boomerang, Lake Moeris once bordered the Fayum Oasis and on its shores was the famous Labyrinth, described by Herodotus as "an endless wonder to me".

The Labyrinth contained 1500 rooms and an equal number of underground chambers that the Greek historian was not permitted to inspect, according to Labyrinth priests, "the passages were baffling and intricate", designed to provide safety for the numerous scrolls they said were hidden in subterranean apartments. 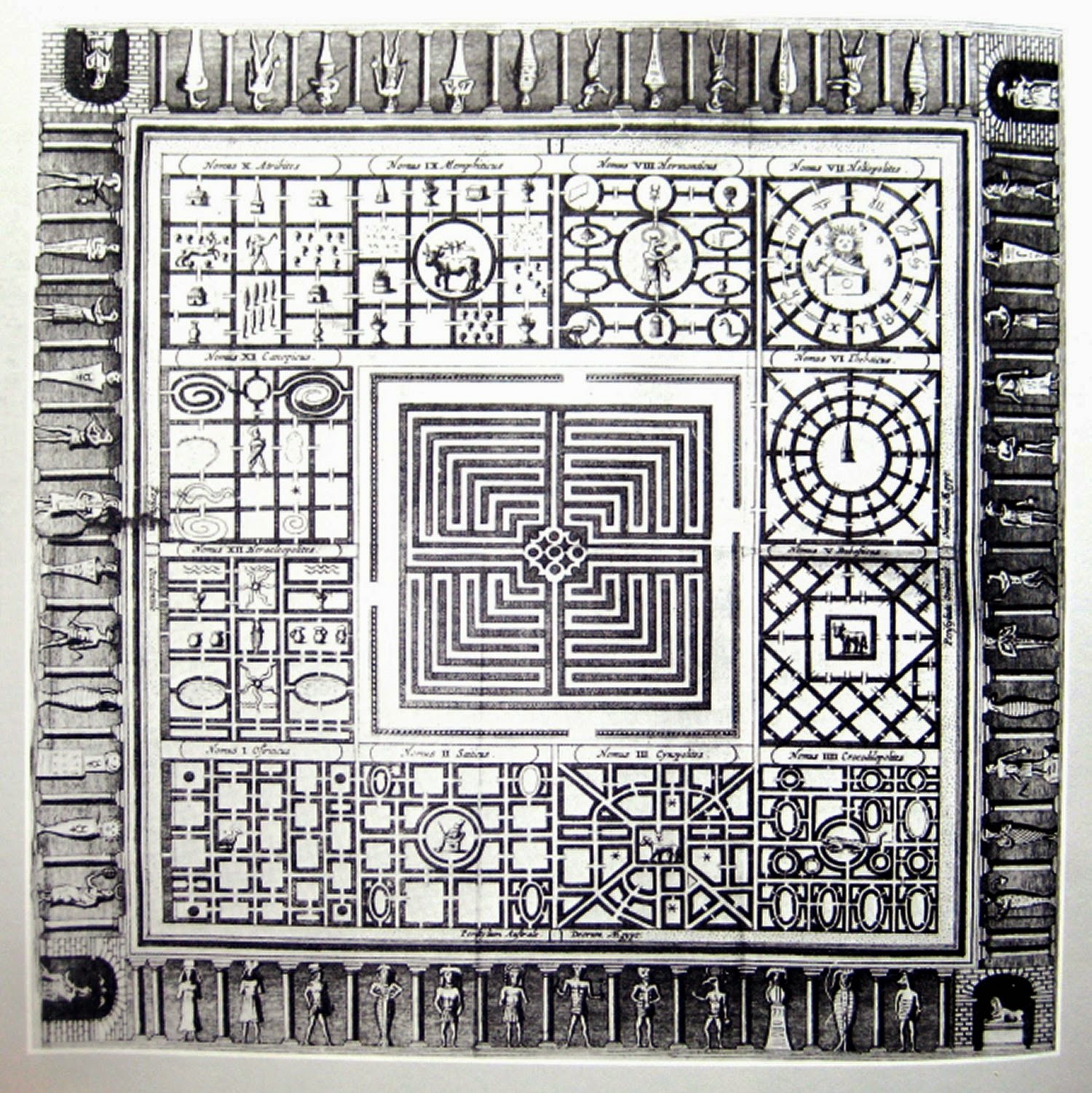 That massive complex particularly impressed Herodotus and he spoke in awe of the structure:

There I saw twelve palaces regularly disposed, which had communication with each other, interspersed with terraces and arranged around twelve halls. It is hard to believe they are the work of man.

The walls are covered with carved figures, and each court is exquisitely built of white marble and surrounded by a colonnade. Near the corner where the labyrinth ends, there is a pyramid, two hundred and forty feet in height, with great carved figures of animals on it and an underground passage by which it can be entered.

I was told very credibly that underground chambers and passages connected this pyramid with the pyramids at Memphis.

Publicada por Ufomania - The truth is out there à(s) 7:38 PM