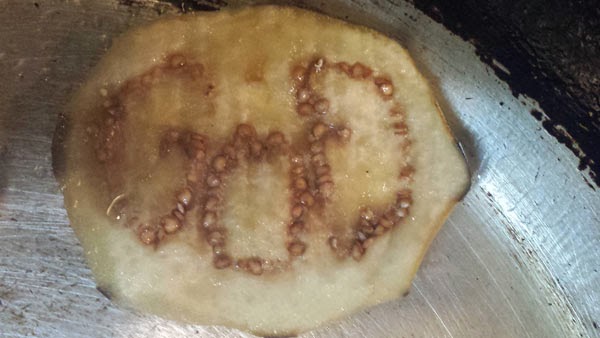 When an employee at Gino's Restaurant in Baton Rouge cut into an eggplant Monday, he found "GOD."

Chef Jermarcus Brady couldn't believe what he was seeing. "I saw a miraculous image formed by the seeds," said Jermarcus Brady. "It spelled out the word God!" Chef Brady has many responsibilities, one being cutting, salting and sauteing eggplants.
"When you sliced into it, the pattern showed from the seeds that were forming in the inside the letters G-O-D as God," said Brady. "I couldn't think of anything. I just had to tell somebody to come look at it."
Brady showed the eggplant to the owner of the restaurant and fellow coworkers and took photos, but he believed it was meant to be shared with everyone.
Brady says he is no stranger to life's struggle, and his faith has gotten him through. He raised four kids on a limited income before becoming a chef. He says the significance of the rare eggplant seeds aren't lost on him.
"Through the road, he's showing me that 'hey, I'm real' and that's the only thing I can depend on," said Brady.
Read the rest here: WAFB 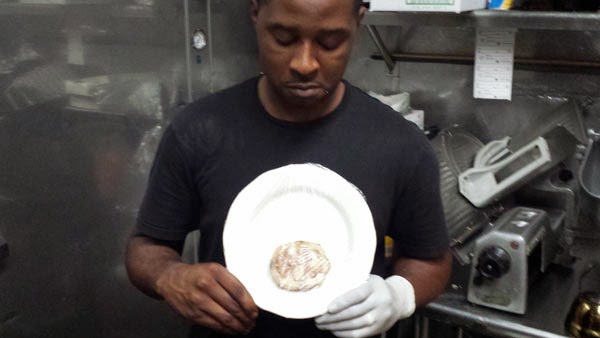 Publicada por Ufomania - The truth is out there à(s) 8:27 PM