ESA Astronaut Saw Something Amazing, "Almost Alien," Outside the ISS 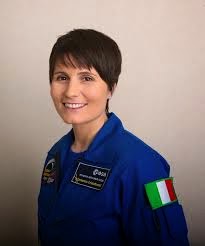 European Space Agency (ESA) Astronaut Samantha Cristoforetti was Italy’s first woman in space. However, she is making headlines for an entirely different reason. Cristofeoretti can be heard on live recordings from the International Space Station (ISS) docking shouting as she saw something she described as “almost alien.” The exclamation can be heard on the video and many UFO enthusiasts also point out that the video shows a strange orb passing in the distance prior to her shouts of excitement.
In the video you can see the capsule containing three astronauts, including Cristoforetti, as it approaches the ISS for docking. At approximately the 1:20 mark you can see a small white orb-shaped object move across the screen. The orb can be seen moving from top to bottom in the center of the screen. At this point in the video, the astronauts are silent as the orb continues off out of sight. However, at the 4:36 mark, Cristoforetti can be heard gasping and shouting in what could either be excitement or shock. Almost immediately, Russian Astronaut Anton Shkaplerov can be heard saying “tiho, tiho, tiho,” which in Russian means “calm, calm, calm.” 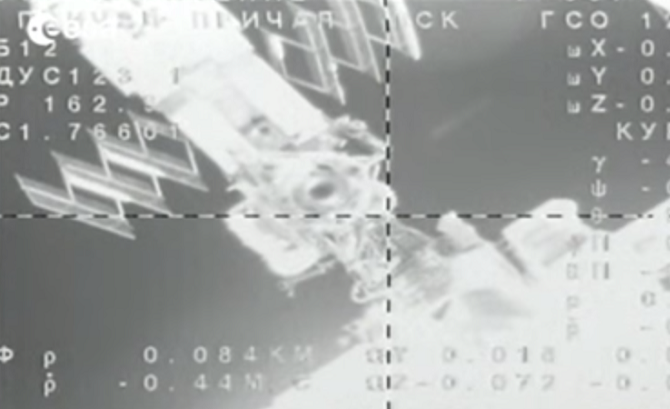 After the noticeable excitement on the video, many were wondering what Cristoforetti actually saw that caused such a response so she took to Google+ to give an explanation for the shout. Cristoforetti explains she “wasn’t prepared in the least for what I saw when we were at about 30-40 meters [from the Space Station].”

“I had released my shoulder straps quite a bit at that point, so I was floating over my seat. As I turned to look outside, at first I looked back and saw one of our Soyuz solar panels, which I had seen before of course. Then my eyes caught something in the peripheral view. And as I slowly turned my gaze and when I realized what I was seeing, I was overcome by pure amazement and joy: the Space Station was there, but not just any view. The huge solar panels were flooded in a blaze of orange light, vivid, warm almost alien. I couldn’t help exclaiming something aloud, which you can probably hear in the recordings of our docking, since at that point we were ‘hot mic’ with Mission Control. Anton reminded me of that and so I tried to contain my amazement and return to the docking monitoring. When I peaked again later, the orange glow was gone. Butch told me later that he had heard my amazement on com when “the Station had turned orange.” I didn’t know, but apparently there’s only a few seconds during day-night transition that the Station is lit by that amazing orange glow. And it happened to be exactly when I peaked outside! I feel very fortunate that I had such a unique first glimpse of our human outpost in space: such a great welcome! [sic]”

Though Cristoforetti’s excitement had nothing to do with the mystery orb that appeared earlier in the video, the experience was one that Cristoforetti said she would not soon forget.
Source: http://www.inquisitr.com/
Publicada por Ufomania - The truth is out there à(s) 7:04 PM