Southwest of San Diego on Tuesday night, the sky was lit up by several flashing multiple-colored lights, which left a number of baffled residents scratching their heads and thinking, “UFO.”
According to NBC 7, one of their viewers, Larry Fox, sent them several pictures of the multicolored object, which he’d captured from his backyard in Del Cerro.
Fox, along with other witnesses, said the lights seemed to be red, blue, and green and kept flashing and changing colors.
“It looked like a strobe light,” said Fox. 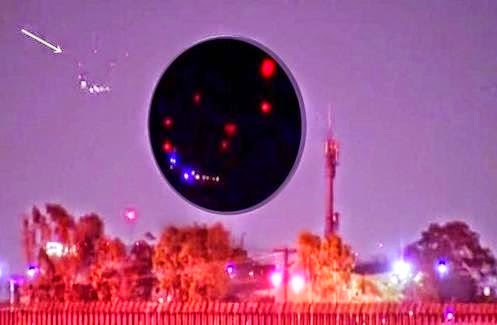 Publicada por Ufomania - The truth is out there à(s) 1:39 PM