Ancient astronaut alert! More weird features have been spotted by NASA's Dawn spacecraft on Ceres, a dwarf planet and the largest object in the asteroid belt between Mars and Jupiter. As Dawn first made its approach on Ceres earlier this year, it caught sight of large, bright and mysterious reflective spots in a crater on the big rock, which is also believed to contain quite a bit of water, ice and/or mud in its interior. Now orbiting at a near altitude of just 2,700 miles, those big spots remain a mystery (the leading guess is still reflective patches of ice or salts), but Dawn is also beginning to pick out other bright spots and an odd pyramid-shaped peak that NASA estimates to be three miles tall, which would put it higher than any of the Rocky Mountains. The image with the peak was taken on June 6 and released Wednesday. 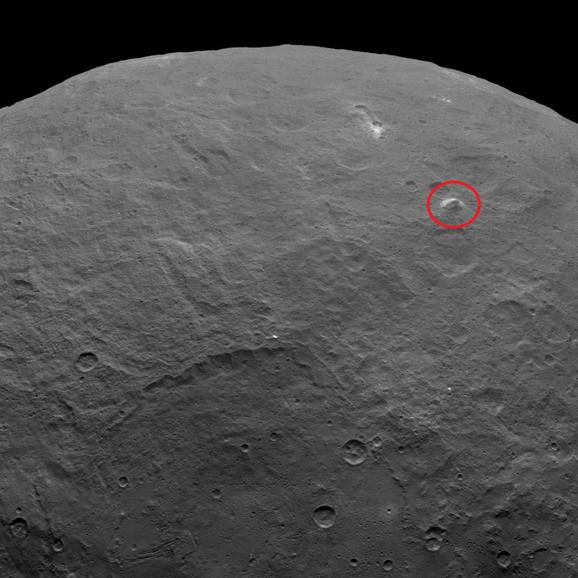 Plenty of observers have suggested -- with varying degrees of seriousness -- that the bright lights on Ceres could be evidence of current or past alien occupation of the dwarf planet. The discovery of a mountain-sized pyramid feature must have some cable channels looking into how much it would cost to get their own film crew to Ceres. Perhaps the ancient Egyptians and ancient Indian astronauts had a celestial joint venture of sorts going on back in the day? Or perhaps Ceres is more geologically interesting both today and in the past than what meets the eye.