During the Early Holocene in southern Scandinavia sea levels were rising and large areas of the North Sea and the Baltic which had once been dry land were inundated and now lie beneath metres of cold waters.

Partly because of the growing exploitation of the continental shelves for resources including wind-farms, oil drilling and mining industries, this unique landscape is coming to light with the use of new technologies such as high resolution photogrammetric 3D-modelling and hydro acoustic mapping. This is allowing for remarkable visualisations of the submerged landscapes complete with sunken forests. 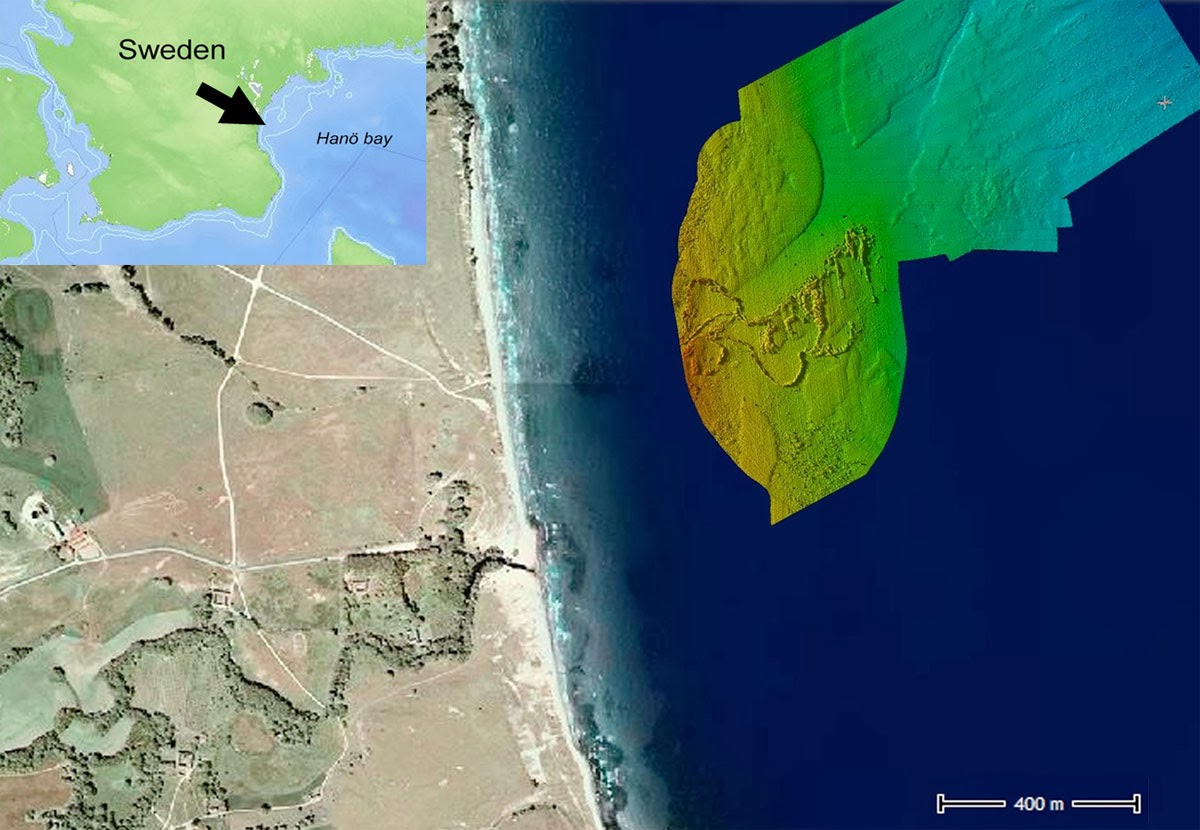 Combining  environmental and archaeological data
In the Baltic, due to a combination of oscillating sea-levels  and the lack of common shipworm, the preservation of organic matter from the Preboreal, Boreal/Atlantic periods gave the researchers a unique possibility of combining both environmental and archaeological data from a period which contained several important climatic and cultural changes for the region.
Recent reports have highlighted the wealth of information that is being revealed on the seabed by Södertörn University Senior Lecturer Bjorn Nilsson and a team from Södertörn and Lunds University during both archaeological dives and marine survey investigations. 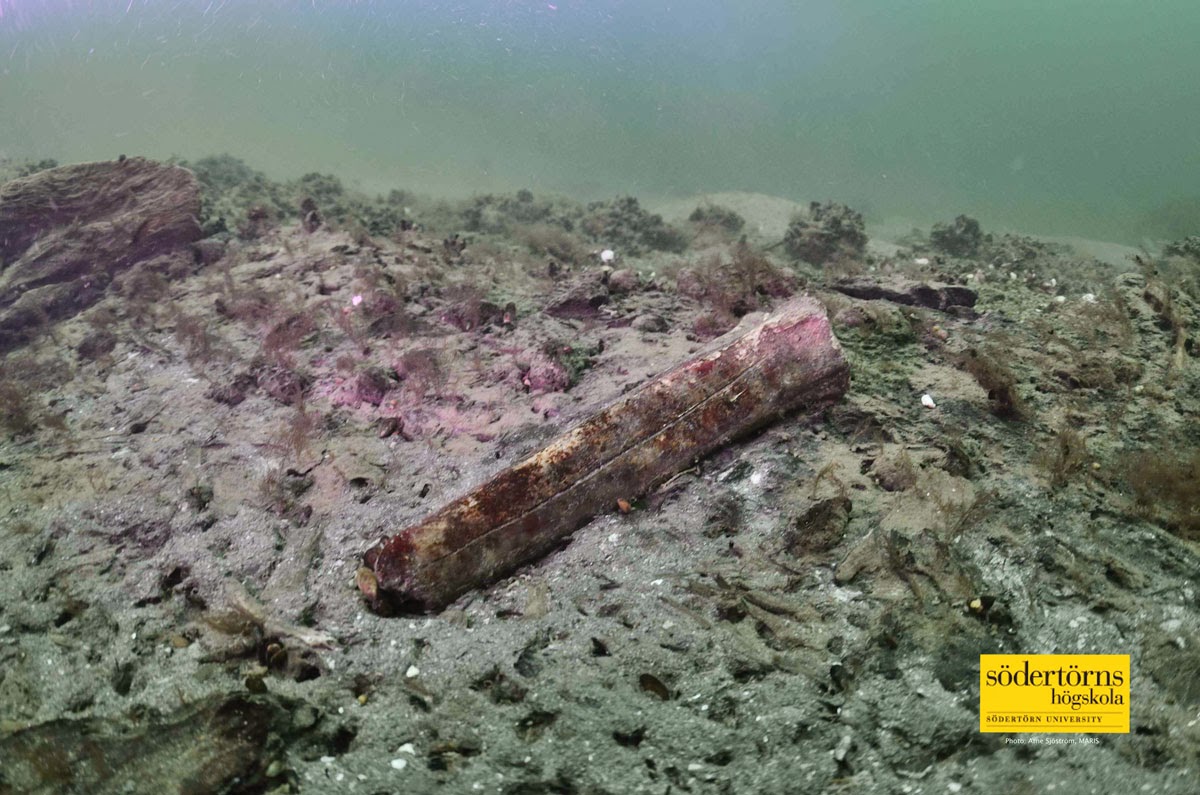 A drowned landscape
The team has uncovered a drowned landscape complete with trees and all the signs of human activity, including artefacts such as flint tools, animal horns, and modified auroch bones as well as ropes and fishtraps.
Nilsson explains that in contrast to dry land sites, this anaerobic environment has allowed the preservation of most organic remains.    Around 11,000 and 9,000 years ago, the sea level was up to 20 metres lower than it is today, and this forested coastal valley beside a river would have been a perfect location for early Mesolithic populations to exploit for resources.
However, before the maritime archaeologists can begin to dig, it requires careful investigation and mapping of the landscape below sea level, says Björn Nilsson, who has just returned after a first week of fieldwork in Blekinge. 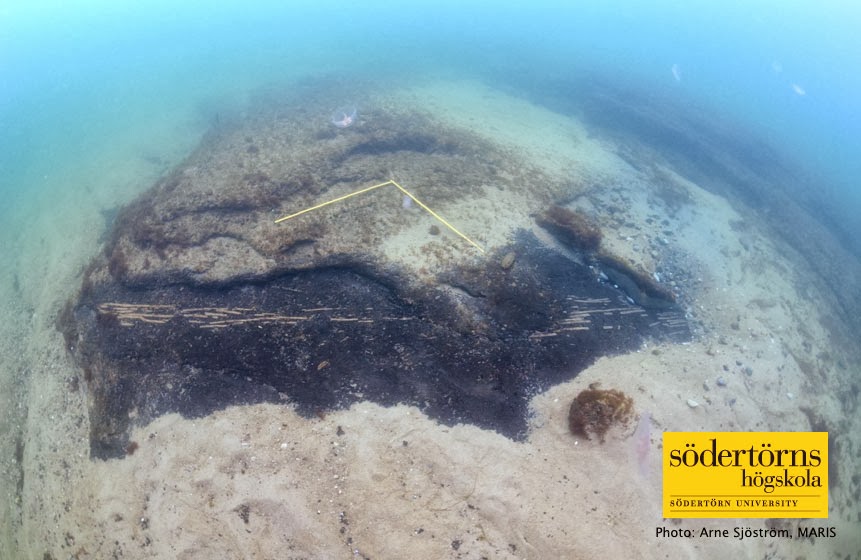 Earliest settlers
On previous dives Arne Sjöström, a marine archaeologist at Södertörn University and fellow marine archaeologist January Öijeberg at Malmö Museum, found the world’s oldest surviving fixed fishing system – several fish traps of woven hazel branches, which has been C14 radiocarbon dated to circa 9,000 years old.
The area that the scientists are examining would have once been a forested landscape before the gradual inundation of the land turned it first to lagoon and then submerged the area beneath what is now the Baltic Sea.
Using a multidisciplinary approach, the archaeologists, geologists, marine biologists, geographers and environmental scientists can create a new picture of life and climate 11,000 years ago. This research will also increase our knowledge of prehistoric settlements and resource usage in ways that inland sites are just not able to do.
Source: Södertörn University/Björn Nilsson
Publicada por Ufomania - The truth is out there à(s) 5:47 PM