After World War II, rumors circulated that German astronauts had traveled to the moon and established a top-secret facility there. Some even speculated that Adolf Hitler faked his own death, fled the planet and lived out the rest of his days in an underground lunar hideout. Connections were also drawn between flying saucer sightings—including the famous incident near Roswell, New Mexico, in 1947—with the Nazis’ alleged UFO development program. These theories form the basis of the science fiction novel “Rocket Ship Galileo,” published by Robert A. Heinlein in 1947. 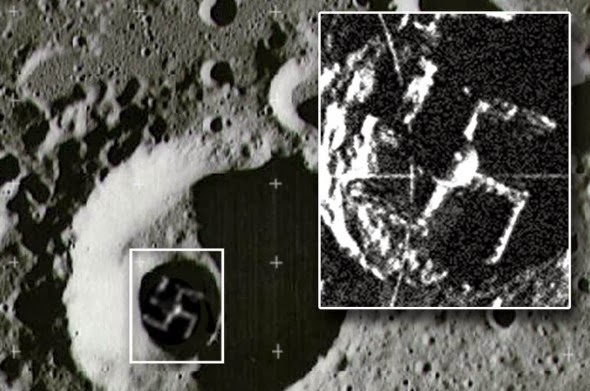 Publicada por Ufomania - The truth is out there à(s) 9:20 PM