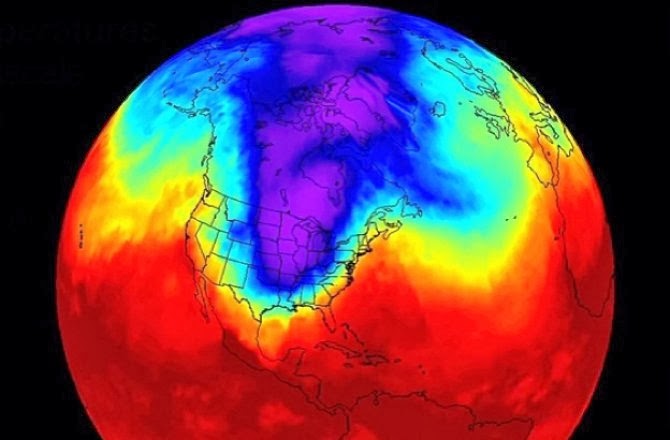 NASA today released this image of the polar vortex, the weird atmospheric twitch that flooded into the United States last month. The purple wavy line above that wanders down from the Arctic shows the below-average temperatures that set cold records in many states.

"The Big Chill - Blistering cold air from the Arctic plunged southward this winter, breaking U.S. temperature records. A persistent pattern of winds spins high above the Arctic in winter. The winds, known as the polar vortex, typically blow in a fairly tight circular formation. But in late December 2013 and early January 2014, the winds loosened and frigid Arctic air spilled farther south than usual, deep into the continental United States. On Jan. 6, 2014, alone, approximately 50 daily record low temperatures were set, from Colorado to Alabama to New York, according to the National Weather Service. In some places temperatures were 40 degrees Fahrenheit colder than average."


Why has the polar vortex periodically stopped doing its job over the past five years -- holding Arctic temperatures where they belong, in the Arctic -- and decided to go walkies? Put simply: no one really knows. 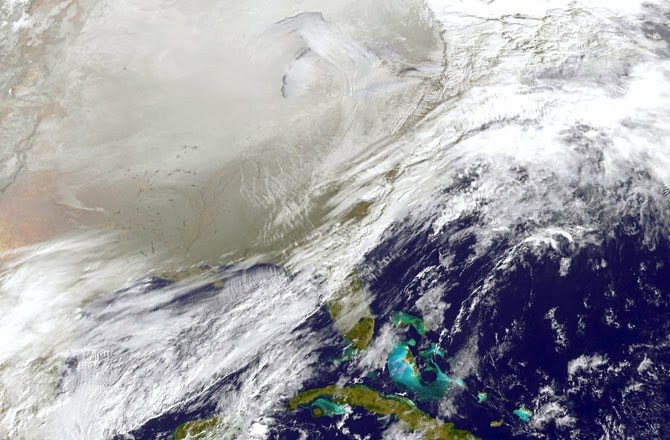 There's speculation that the quick warming of the Arctic is somehow affecting the wintertime actions of the polar vortex. But, experts say, not enough data has been collected yet for any solid evidence of that.
It's a bit of an atmospheric mystery that makes you want to ... shudder.
Source: Discovery News
Publicada por Ufomania - The truth is out there à(s) 11:28 AM