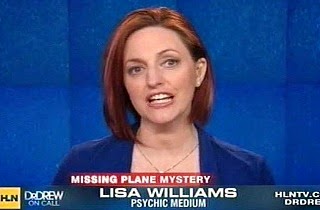 Is this rock bottom for 24 hour “news” and opinion channel HLN? In a recent segment devoted to missing Malaysia flight 370, host Jenny Hutt asked “psychic medium” and former host of  Lifetime Network’s “Voices From the Other Side” Lisa Williams to use her magical powers to divine what happened to the missing plane. Before she did so, she asked Williams what she’d say to skeptics who would point out that she doesn’t have any evidence to back up her claims:

Williams told Hutt that she believes that the passengers are fine and being held somewhere, and any wreckage found that might suggest otherwise is part of an attempt to mislead searchers. Convenient, huh?
Interview footage after the jump. 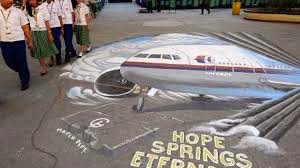 Source: Disinfo
Publicada por Ufomania - The truth is out there à(s) 11:45 AM