Waking Up to the Devil in Your Room 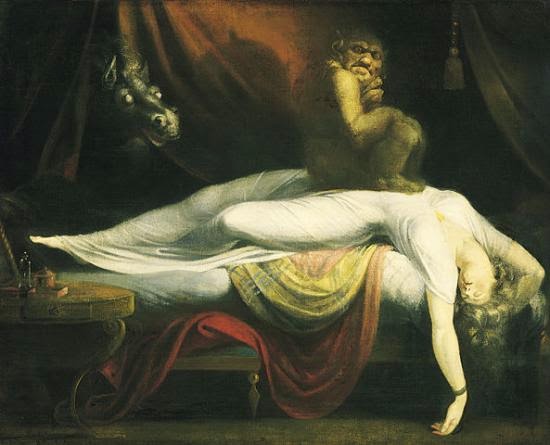 During the summer of 2012, film-maker Carla MacKinnon would frequently wake to find herself unable to move, deeply afraid and convinced there was someone or something in the room with her. On occasions she would see or hear people around her bed, and one night even woke up to find a giant spider hovering over her.
MacKinnon was suffering from 'sleep paralysis', a term used to describe the experience of waking to find your body paralysed, a crushing pressure on your chest, a feeling of fear or dread, and sometimes also hallucinations (both auditory and visual) of people or even monstrous creatures beside, or on, your bed. It crops up in the history and folklore of many cultures - the modern word 'nightmare' actually has its origins in this experience, with the Old English 'mære' denoting "an evil spirit or goblin in Germanic folklore which rides on people's chests while they sleep".
Inspired by her experience, MacKinnon created Devil in the Room - an "experimental docu-horror" film supported by a Wellcome Trust Arts Award and made as part of an MA in Animation at Royal College of Art:

For more on the folkloric aspects of sleep paralysis, take a look at David J. Hufford's seminal book The Terror That Comes in the Night, and for online information (including a list of resources) check out The Sleep Paralysis Project, which MacKinnon's film is a part of. For a survey of the experience in lecture format, see also Professor Chris French's presentation "Something Wicked This Way Comes: Causes and Interpretations of Sleep Paralysis":


Do you, or have you, suffered from sleep paralysis? Rodney Ascher, director of the cult documentary Room 237 (about perceived meanings in Stanley Kubrick's film The Shining), is currently making a film about the phenomenon and is looking to talk to people about it: I've been obsessed with it ever since it used to happen with me (in my case, I saw sort of a living, 3D shadow looming over in me in judgement)... The film is going to be largely built on interviews with people who've had vivid, first-person experiences with it (and have given some serious thought to what's really happening to them) - if anyone wants to share their stories, the easiest way is to contact us via the film's Facebook page. 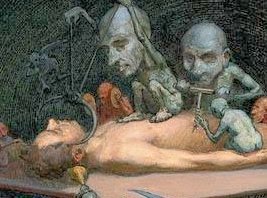 (via Mind Hacks and Boing Boing)

Source: Daily Grail
Publicada por Ufomania - The truth is out there à(s) 6:19 PM