A British woman claims she has been abducted by aliens on repeated visits since she first made contact with them in the 1990s. 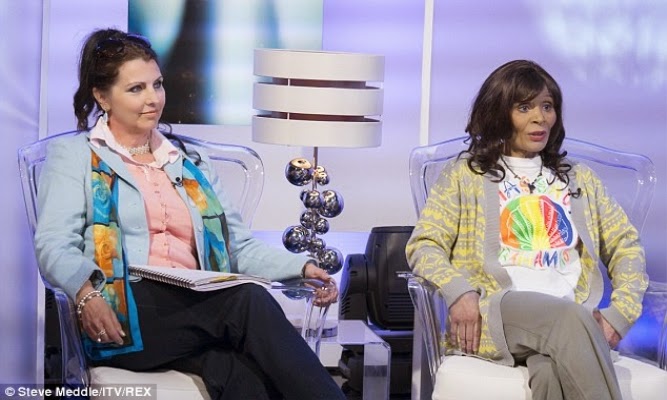 Samantha McDonald told a sceptical Phillip Schofield and Holly Willoughby on This Morning how she has experienced supernatural activity from the early 1990s until last year.
She describes her extraterrestrial visitors as ‘the reptilians’ and ‘the greys’ – who she believes are working together.
She said: ‘I’ve asked them what they want with me and they have said they had come to take me and my family. What they were after was my energy and soul essence.
‘I don’t know why they keep coming back to me. I think it is to do with my energies as I’m into healing and meditation.’
When asked to describe what happens when she’s taken, Samantha said she has no recollection of her ordeals.
She explained: ‘You don’t always remember the abductions because you have memory swipes. You just feel like you have been somewhere but you don’t actually remember it.’
When Phillip queried if this is what most of us what describe as a dream she replied:
‘No definitely not. I’ve woken up with marks all over my body and been possessed – sometimes to the point of mind control – where thoughts come into your head that are not your own. I can’t explain it any other way.’
She added that she has woken up to find her body covered in needle marks, scratches and bruises after an abduction.
While she hasn’t had a visit for the past year, Samantha said she doesn’t fear a return.


‘I’ve been through so much already I try to take it in my stride,’ she said.
She revealed that she believes her other-worldly experiences have also led to her being put under surveillance on Earth, stating she often has black helicopters over her home and has been followed by police cars.
‘‘I think they are trying to send the message, “we are watching you, you better be careful”‘, Samantha said of the not so subtle surveillance.
Samantha appeared on the ITV show as part of their ‘supernatural week’ along with Joanne Summerscales, founder of the AMMACH Project (which stands for Anomalous Mind Management Abductee Contactee Helpline). 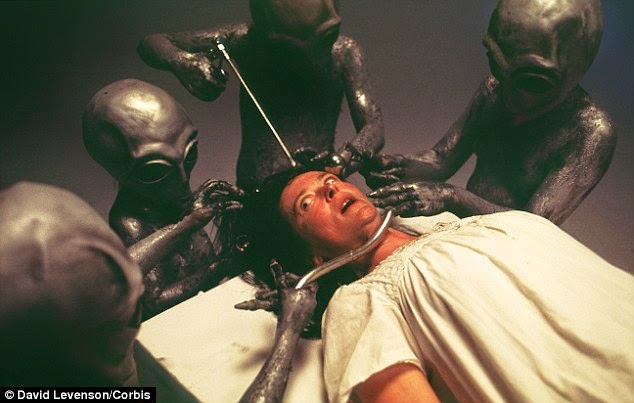 Source: VP
Publicada por Ufomania - The truth is out there à(s) 5:58 PM