UFO hunters claim to have found clear evidence of a UFO flying above the Martian surface.

The image, taken by the NASA Mars rover Curiosity earlier this month, appears to show an object in the sky just above the horizon.


The shape is indistinct, but appears to have an elongated shape with a bright central bulge: 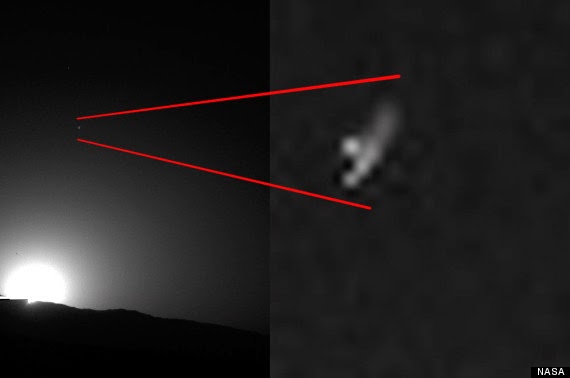 Naturally, the heroes over at UFO Sightings Daily have some pretty clear opinions on it:


"This UFO would normally be invisible to the rover, but the suns angle highlights its edges as it sets. This object is clearly flying and looks like a disk tilted at 45 degrees. The line of the UFO (in red) is not lined up with the sun (blue), but actually aimed over and past it. Notice the angle of the blue line does not line up with the tilt of the UFO. This is proof that the object is not just a reflection or glare caused by the sun, but a flying object over Mars."

However there are a number of other obvious possibilities.

One is that the object could just be a camera glitch. Another is that it's a glare from a meteor of other natural object, or possibly (though less feasibly) one of the several, real, non-Martian spacecraft we know are in orbit around the planet (IE ours).


Nasa so far hasn't commented, and unless this picture starts to do the rounds online we wouldn't expect them too. 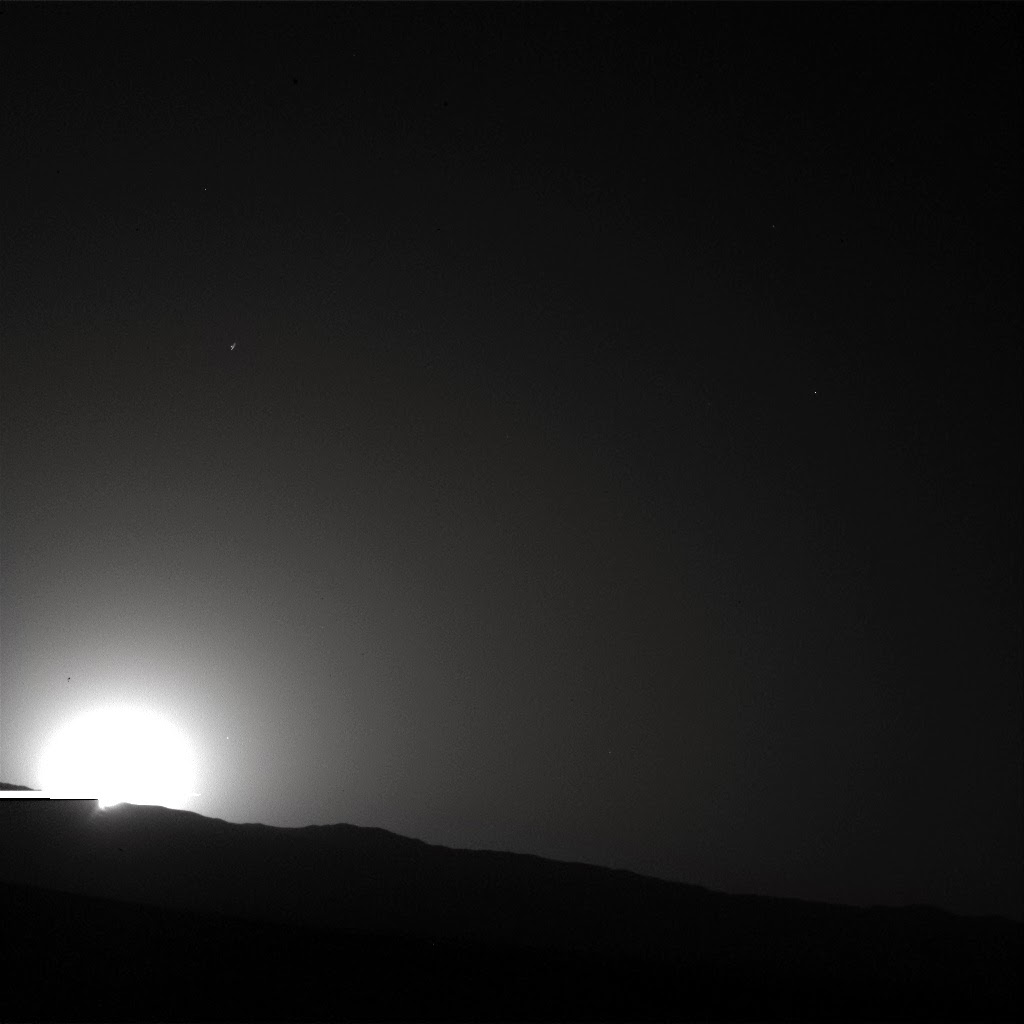 Source: HuffPost
Publicada por Ufomania - The truth is out there à(s) 10:55 AM