Everybody has heard of crop circles, amazing geometrical designs that usually only appear in farmers fields, but this intricate design was discovered in the desert. 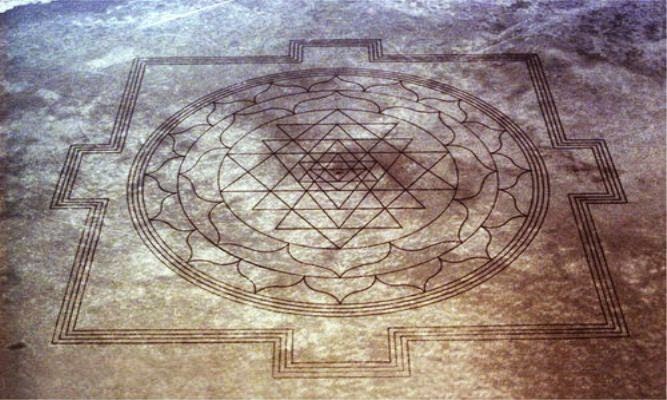 Many people believe crop circles are the work of extra-terrestrials who want to communicate with us, while others claim they are nothing more than elaborate hoaxes.


Sri Yantra, which means “holy instrument”, is an ancient symbol of Hindu tantra, which is based on the Hindu philosophy of Kashmir Shaivism. The Sri Yantra is the object of devotion in Sri Vidya. 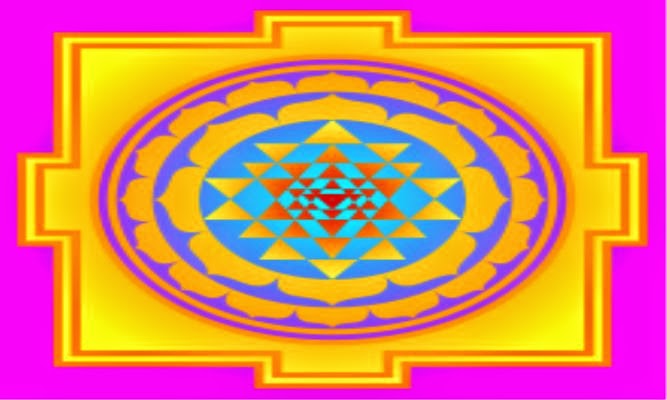 The interesting thing about this “crop circle” is that nothing was discovered on the site: no foot-prints, no tire tracks, and no tool marks.
The lines in total equate to 13.3 miles, and are 10 inches wide by 3 inches deep.
They were carved into extremely hard, compact dirt, and no signs of the removed dirt can be found.
The Sri Yantra formation appeared on August 10, 1990, and was first seen by Air National Guard pilots.