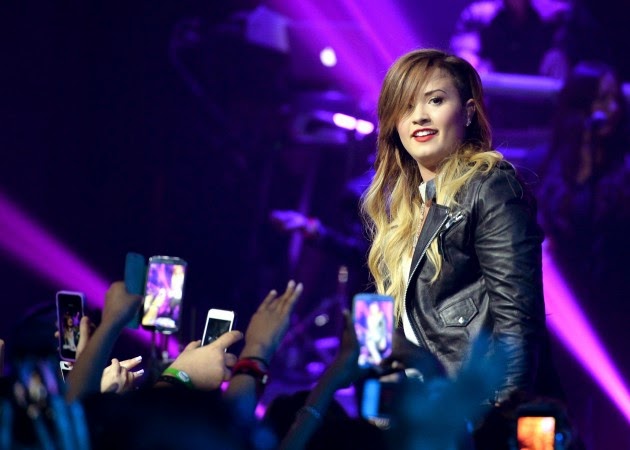 While Demi Lovato is no stranger to encountering the paranormal, recent photos from her “Neon Lights Tour” startled both her and her fans.
Demi Lovato recently explained in an interview that she actually grew up in a haunted house and is very familiar with paranormal activity. She has also mentioned how interested she is in the paranormal and how much she really believes.
However, it is a recent photo that was taken while at a concert on the “Neon Lights Tour” that has both Demi and her fans buzzing. 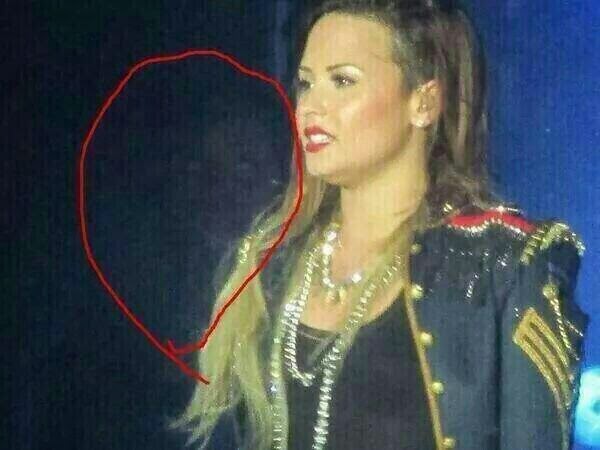 The photo was allegedly taken during the concert on a fan’s smartphone. In the background you can see what looks like a face over her right shoulder. While many fans claim that the photo shows Demi’s ghostly encounters are real, paranormal researchers are doubtful.

While Demi may be having encounters with the paranormal the new concert photo appears remarkably similar to the results from a ‘ghost photo app’ that places creepy ‘ghosts’ in the photos you take with the app.