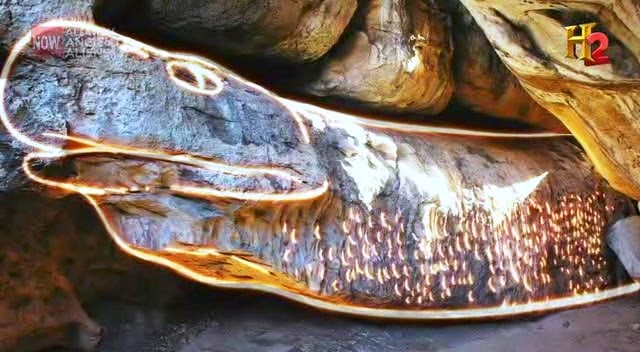 A new archaeological find in Botswana shows that our ancestors in Africa engaged in ritual practice 70,000 years ago — 30,000 years earlier than the oldest finds in Europe. This sensational discovery strengthens Africa’s position as the cradle of modern man.

A startling archaeological discovery this summer changes our understanding of human history. While, up until now, scholars have largely held that man’s first rituals were carried out over 40, 000 years ago in Europe, it now appears that they were wrong about both the time and place.
Associate Professor Sheila Coulson , from the University of Oslo, can now show that modern humans, Homo sapiens, have performed advanced rituals in Africa for 70,000 years. She has, in other words, discovered mankind’s oldest known ritual.
The archaeologist from the Department of Archaeology, Conservation, and Historical Studies, made the surprising discovery while she was studying the origin of the Sanpeople in cooperation with the University of Tromsø, Norway, and the University of Botswana. A group of the San live in the sparsely inhabited area of north-western Botswana known as Ngamiland.
Coulson made the discovery while searching for artifacts from the Middle Stone Age in the only hills present for hundreds of kilometers in any direction. This group of small peaks within the Kalahari Desert is known as the Tsodilo Hills and is famous for having the largest concentration of rock paintings in the world. The more than 3,500 paintings, some more than 1,500 years old, constitute an important piece of our cultural heritage and are the reason that Tsodilo is listed as a UNESCO World Heritage Site.
The Tsodilo Hills are still a sacred place for the San, who call them the “Mountains of the Gods” and the “Rock that Whispers”. San guides who lead archaeologists to the hills must first check with their deity to ascertain whether they are welcome there.
The python is one of the San’s most important animals. According to their creation myth, mankind descended from the python and the ancient, arid streambeds around the hills are said to have been created by the python as it circled the hills in its ceaseless search for water. 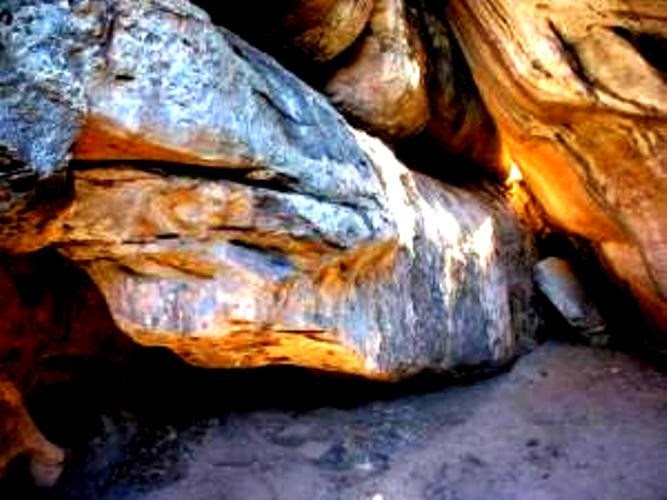 The python cave
Sheila Coulson’s find shows that people from the area had a specific ritual location associated with the python. The ritual was held in a little cave on the northern side of the Tsodilo Hills. The cave itself is so secluded and access to it is so difficult that it was not even discovered by archaeologists until the 1990s. The first archaeologists at the site noticed two paintings on one side of the cave and a rock with a large number of indentations in it on the other side.
When Coulson entered the cave this summer with her three master’s students, it struck them that the mysterious rock resembled the head of a huge python. On the six meter long by two meter tall rock, they found three-to-four hundred indentations that could only have been man-made.
“You could see the mouth and eyes of the snake. It looked like a real python. The play of sunlight over the indentations gave them the appearance of snake skin. At night, the firelight gave one the feeling that the snake was actually moving.” said Sheila Coulson to the University of Oslo’s research magazine Apollon.
They found no evidence that work had recently been done on the rock. In fact, much of the rock’s surface was extensively eroded.
When they saw the many indentations in the rock, the archaeologists wondered about more than when the work had been done. They also began thinking about what the cave had been used for and how long people had been going there. With these questions in mind, they decided to dig a test pit directly in front of the python stone.
At the bottom of the pit, they found many stones that had been used to make the indentations. Together with these tools, some of which were more than 70,000 years old, they found a piece of the wall that had fallen off during the work.

Publicada por Ufomania - The truth is out there à(s) 8:01 PM