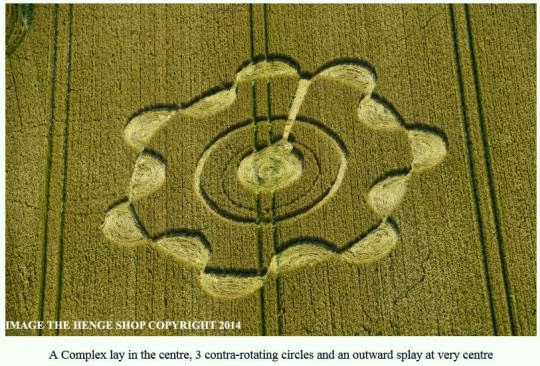 
Especially the circle near Roundway Hill in Wiltshire is a weird circle with lots of surprises. It shows the geocentric locations of planets, Mars, the Moon and the Sun in our solar system.
The geometric work in the circle seems to refer to an unexpected astronomical event on 9-9-14 (September 9, 2014). 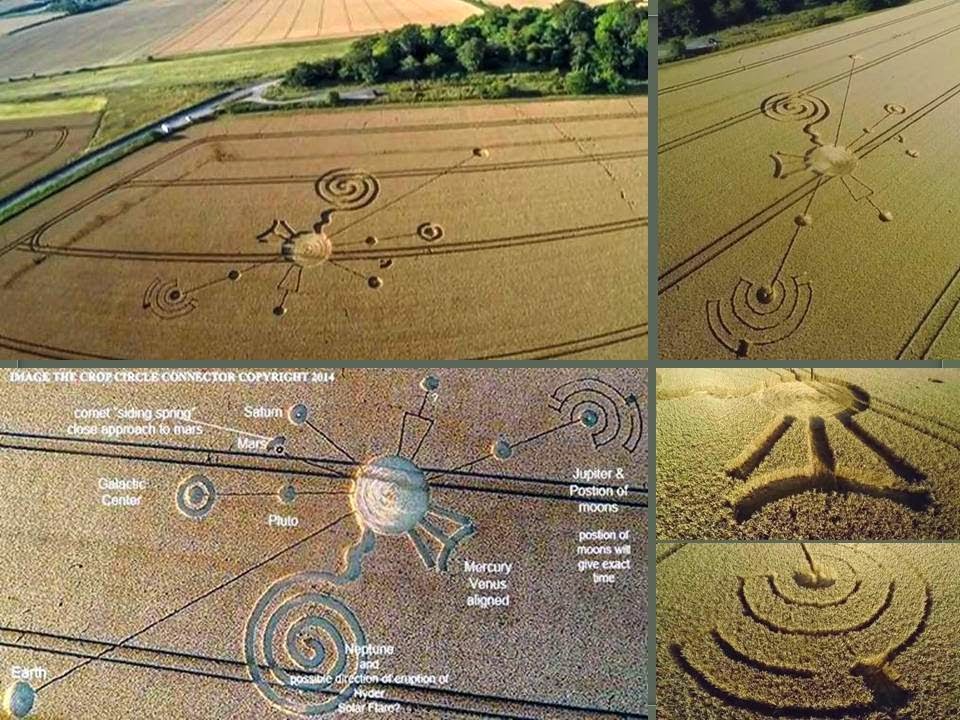