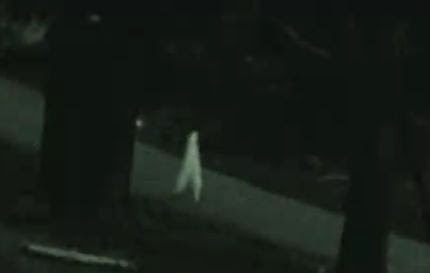 Sometimes security cameras catch the strangest things.When a retired couple was having trouble with break-ins in their Yosemite home, they installed a security camera aimed at their driveway. In this clip uploaded by sierraparahunter, the security camera on a house in California captures three weird suspects.

The video shows three stick-like creatures that walk across the property and looks a lot like muppets but under scrutiny from Syfy channel’s “Fact Or Faked” the footage could not be debunked. The creepy creatures have been dubbed Fresno Stickmen, Stickmen and Nightcrawlers.


What do you think they are?

Publicada por Ufomania - The truth is out there à(s) 9:09 PM