Mystery of the ‘Rottnest Monster’: Was a Giant Serpent-shaped UFO detected off Western Australia? 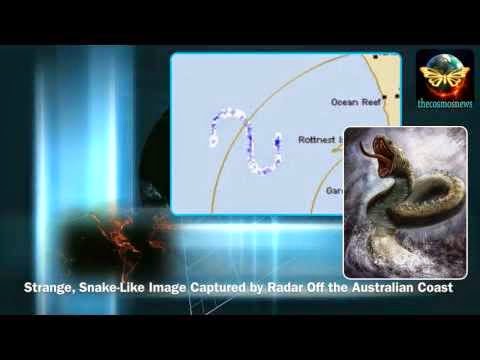 A huge flying S-shape was seen on radar approaching Western Australia’s Rottnest Island the same day a local fisherman photographed a strange serpentine UFO. The military claimed naval exercises caused the radar phenomenon, but were they really behind a massive flying snake-shape big enough to span the English Channel? Or was there a cover-up?

Just before dawn on Wednesday on 12 February 2014, a Western Australian fisherman photographed strange lights over the ocean 40 kilometres off Mandurah, which he believed was a UFO.
The Mandurah Mail published his images, which appear to show a serpentine band of light changing shape high in the sky. First it appears as a squiggle and then as a large ‘U’ shape. The article reported the object “moved and changed colours before disappearing with the sunrise”. 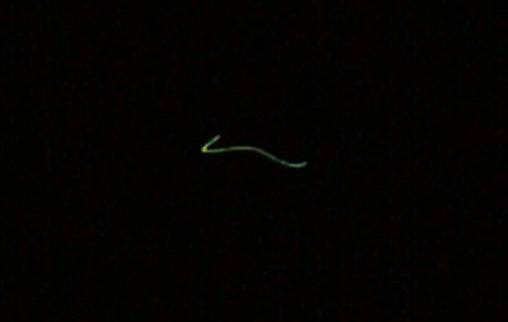 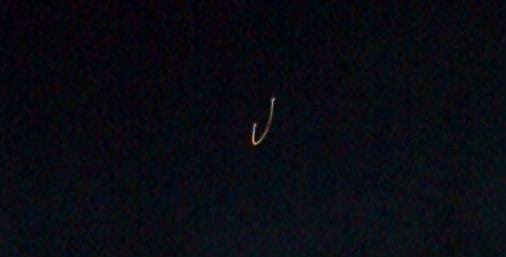 SHAPE SHIFTER: The fisherman captured the object changing position in the sky – here it has formed a ‘U’.  Source: Mandurah Mail. 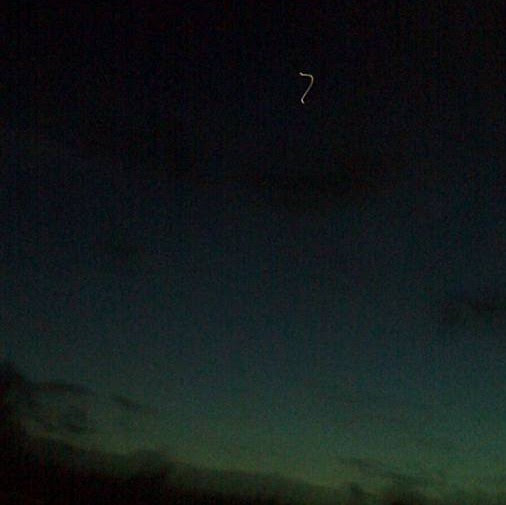 VANISHING MYSTERY: The object “moved and changed colours before disappearing with the sunrise”.  Source: Mandurah Mail

Later that day the Australian Bureau of Meteorology’s weather radar picked up a huge serpent-shaped object in the form of a giant ‘S’ about 30 kilometres west of Rottnest Island, which lies offshore Western Australia’s capital, Perth, about 70 kilometres north of Mandurah. Many people watched the strange shape on the Bureau’s live radar feed where it was visible for an extended period as it moved northwest.

The object caused a flurry of speculation and confusion due to its immense size. At somewhere around 80 kilometres long, it dwarfed the 18 kilometre long, 4.5 kilometre wide Rottnest Island it was approaching, and earned itself the nickname “the Rottnest Monster”. 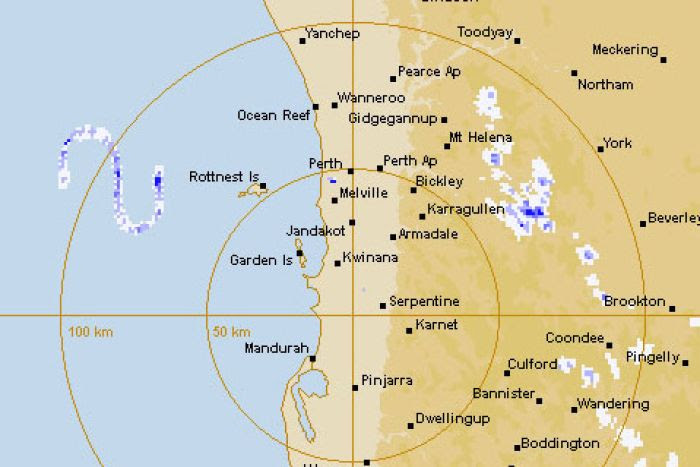 INCOMING: The massive serpent-shape AKA “the Rottnest Monster” approaches Western Australia. Picture: Bureau of Meteorology Source: ABC News
What could this massive oddity have been? Was it just a coincidence that a similarly sinuous UFO was sighted earlier that day?

An initial report by Australia’s ABC News fuelled intrigue after reporting the weather bureau had ruled out cloud or weather:

After checking the satellite, the bureau’s Neil Bennett ruled out the phenomenon being caused by cloud.
“There’s no cloud, there’s nothing to produce a rain echo, … which we do see a lot, but not this particular shape,” he said.
“They don’t take on S shapes and things like that.

As news spread in Australia and then around the world, rumours and speculation mounted on the internet.

The next day, Australia’s Department of Defence stepped in claiming a “routine activity” caused the 80-kilometre-long flying S-shape:

A spokesman for the Department of Defence said in a statement on Thursday that the exercise was a regular training activity involving ships and aircraft designed to prepare a Navy warship for an operational deployment.
“The environmental conditions over the West Australian coast at the time of the activity provided a unique opportunity for this routine activity to be visible on the weather radar display,” he said.
“This exercise is ongoing.”

Apparently, that was the end of the story. The ABC reported the mystery had been “solved” and so did a raft of mainstream media outlets. It seems they unanimously agreed their job was to unquestionably accept and republish official government statements as fact without further investigation or scrutiny.

So when the serpent shape reappeared on Thursday on the bureau’s radar, this time off Mandurah in a coil formation, it was barely reported. 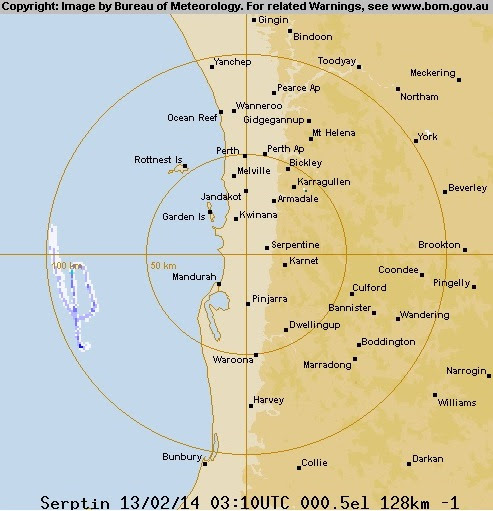 SERPENT RETURNS: The serpent reappeared on radar off Mandurah south of Perth Western Australia. Picture: Bureau of Meteorology Source: Coastlive
But does the story really end there? Even if the official explanation is to be believed, the obvious question remains: How did the military do it? Could they even do it?

A report by the UK’s Daily Mail contains some further clues about the “80km-wide formation”:

Mr Gray [Western Australian Weather Group administrator] said people had seen navy activity in the area, but he did not believe this caused the formation. ‘The thing that got everybody was how long it lingered on the radar and moved in the wind,’ he said. ‘It was slow moving, it was slower moving than an aircraft dumping fuel but too fast for a helicopter. The innuendo going around is not based on science.’
Bureau of Meteorology meteorologist Rabi Rivett had said there was no explanation for the giant shape, but used a process of elimination to ruling out some causes.
‘It’s nothing meteorological. It’s not a cloud, radars don’t pick up clouds, that’s not what they’re for.’
He said military chaff had also been ruled out. ‘Sometimes military with the chaff can cause different formations, but the fact it maintained its shape as it moved north-west rules that out,’ he said.
‘If it was military-related they did a very good job of flying that signature in a very short period of time,’ he said. ‘It didn’t change shape as it moved – caught in the wind it would have changed.’

The comment from the Bureau’s meteorologist is important, because it apparently rules out the most obvious explanation – chaff. Chaff is a confetti-like material, usually aluminium, which military planes release to produce false readings on enemy radars.

But chaff would not maintain a precise shape while moving in the wind – it would disperse.
So could the shape have been formed by “ships and aircraft” moving in formation in a “routine” naval exercise, which was only visible due to unique “environmental conditions”, as the departmental statement suggests?

Why the Official Explanation is full of Holes

The first thing to note is that there was nothing particularly “unique” about the “environmental conditions” on 12 February. The weather reports of the day do not show anything exceptional. Furthermore, if this navy activity was “routine”, then it would be visible often, yet meteorologists had never seen anything like it.

Secondly, the Australian navy does not have any planes. It does have some helicopters, but its Air Fleet is based on the opposite side of the continent at the navy’s only air station.

The naval base near Perth, HMAS Stirling (Fleet Base West) is home to about a dozen vessels. Six of these vessels are submarines fraught with operational problems, of which an absolute maximum of four are ever deployable at one time, and sometimes only one. But operating underwater they would not show up on a weather radar anyway.

So that leaves about half a dozen frigates with the possibility of a few 80s-era 70b Seahawk helicopters which are soon to be replaced.

Although the statement only explicitly mentions the Navy, the Australian Air force also operates a training base near Perth. However Pearce Airbase has no operational fighting fleet. But it does have some BAE Hawks – a jet-trainer aircraft first developed 40 years ago – which are used to train novice pilots.

So even if we put aside the fact that the Defence Department statement only mentioned naval – not air force – exercises, and consider the possibility that the Air force’s trainer planes might have conducted a joint exercise with the Perth-based naval fleet, would they even be capable of producing this radar signature? Could they really combine into an immense, cohesive, continuous, unbroken ribbon formation long enough to span the English channel, form that ribbon into a giant S, and maintain that precise formation while moving together at matching speed?

It seems highly unlikely. Not only is it doubtful that such a disparate mix of vessels could move together at the same speed, but – even if they could – there are simply not enough military “ships and aircraft” in Western Australia to form a continuous unbroken S-shaped ribbon 80 kilometres long. The Navy has no major exercises scheduled off Western Australia in 2014 either, making it unlikely foreign vessels were involved.

Could the military have been testing some highly advanced secret technology? Given that the Australian defence force isn’t exactly using the most cutting-edge military hardware, this also seems unlikely. And if they really did possess some secret highly-advanced unknown technology, it’s doubtful they would test it directly in front of civilian radar which feeds live imagery to the internet 24/7.

The closer you look, the more the official story does not add up.

Was there a cover-up?

When it comes to UFOs being sighted or detected by large numbers of people, cover-ups are nothing new.

Even the most dramatic sightings are put down to ludicrous causes such as “flares” or even “swamp gas”, and the media is often willing to accept unsupported government explanations. Easy explanations provide a reassuring sense that life is nothing more than what it seems and there are no mysteries or greater realities to be found beyond the cocoon of consumer-oriented society constructed around us. Mainstream journalists, as the gatekeepers of the establishment who explain the world to the masses, have a stake in upholding the prevailing order. Accepting the possibility of intelligent life visiting our planet beyond the control or understanding of the powers that be just rocks the paradigm too much. Plus there have been concerted campaigns to ridicule or make light of UFO sightings over the years, making more open-minded journalists unwilling to risk their reputations by pursuing these issues.

So a familiar pattern plays out after these extraordinary events: a glib government statement is released, the media accept it without scrutiny, and even something as astonishing as an 80-kilometre-long flying serpent-shaped object is quickly dismissed and forgotten. After a bit of excitement, everyone goes back to the mundane daily grind, without thinking too much about what mysteries lie beyond, while journalists go back to status-quo reporting of the issues deemed relevant within the mould of the mass media construct.

But there is more going on in the universe than what we learn about in school or are told by the media. Keeping a lid on the UFO phenomenon goes hand in hand with keeping people as compliant consumers who don’t think too much about the bigger picture or awaken the potential of their consciousness.

Nevertheless, events like this continue and as they do more people are willing to challenge the prevailing attitudes of denial. Some believe that behind the UFO phenomenon are advanced civilisations wishing to inform the people of their presence. They are said to have a more highly developed level of consciousness than that of most people on this troubled world, and wish to help people here raise their own level of consciousness.

Whatever the case may be, it makes sense to actually examine and try to understand these extraordinary phenomenon and search for the truth, rather than search for an easy way to explain them away. If we allow these encounters to be swept under the rug, we will never really come to understand the mystery at the heart of them, and what significance they may hold for humanity.

UFO encounters will continue around the world, and governments and the mass media are unlikely to seriously acknowledge the possibility of alien contact any time soon. Those wishing to explore this phenomenon will have to go against the grain of a cosmically-censored civilization whose powerbrokers don’t want people venturing outside their box. 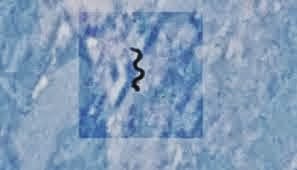 Take a look at this video: