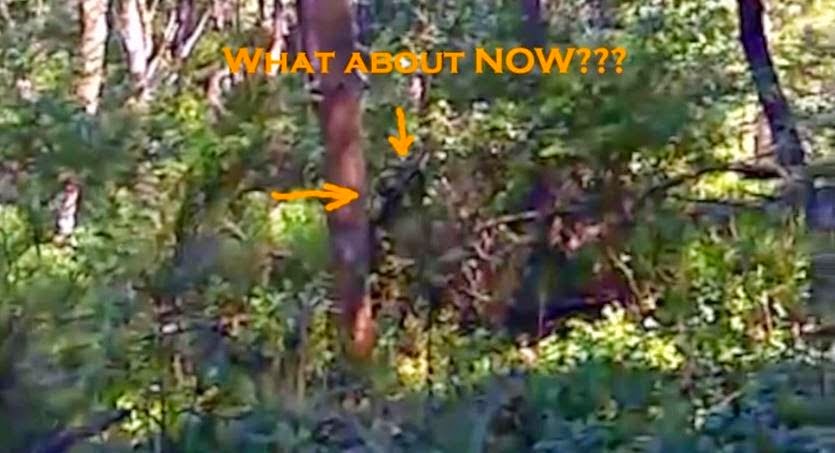 Bigfoot Evidence reader Dr. Squatch told us a few days ago he was uploading awesome footage. Since we were squatchin' in the Sierras, we almost forgot to follow up on the story. This morning, Dr. Squatch sent us this video explaining a possible Bigfoot him and his crew filmed somewhere in Western PA. He writes on his blog:


"The only thing blurry in the entire video, is the subject in question. Even the crew member at the beginning is clear. The creature remains blurry, until the sun comes in. As the sun passes right to left, the creature becomes visible! I do not have zoom on my cell, the creature was blurry the entire time, until the sun hit it’s face. This PROVES IT IS NOT A HOAX, I CANNOT CONTROL THE SUN!  I believe the video would have remained blurry, if the sun had not come in. I was literally 6-8 feet away from this creature…it never budged an inch!! You can see the creature has it’s nose perched on the branch, resting it’s head so it will not move…talk about “Super Stealth Mode!” The over abundance of tree breaks, visible from the road, is what led us to scout this area. A bridge going under the highway, is what we believe they are traveling through, to avoid detection. This tunnel connects two, decent sized woods, that no people would ever go in….except us!"