What These Fisherman Caught On Camera Is Almost Unbelievable. 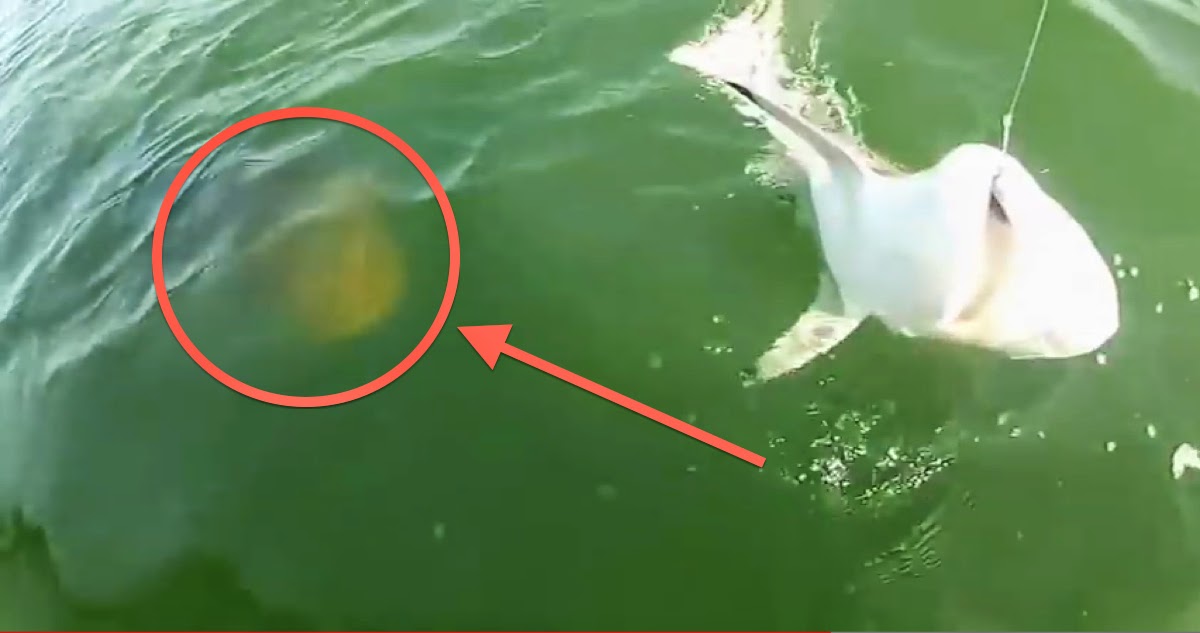 We know more about our solar system than we do about our oceans. This is why it is no surprise that so many awesome things happen while at sea. This group of fisherman experienced the awesomeness of the deep blue while out on a fishing expedition. They ended up catching a 4′ black tip reef shark. Right before it was at the water’s surface, about to be brought into the boat, a huge shadow comes up from below. Nobody expected what happened next. In a flash, the black tip reef shark was gone. These fisherman had no idea what was lurking below them just waiting to steal their catch. What eats a 4 foot shark? Take a look, its pretty awesome!

Even though they lost their catch for the day they were happy to experience something like that.
Can you imagine struggling to bring up a fighting shark only to have it stolen by a monster sized grouper fish. With one bite the shark disappeared. Can you imagine the size of that thing’s mouth if it can swallow a 4′ shark with one bite? Those are some waters you would not find me swimming in. We only know about 10% of our oceans, can you imagine what else is lurking in the depths below?