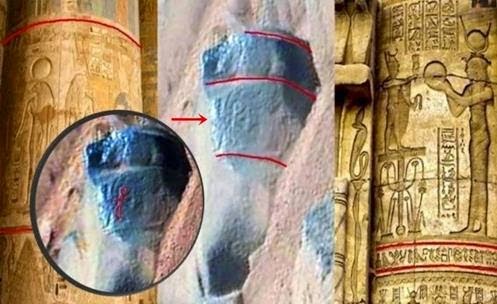 Mars Rover Curiosity captured again an interesting artifact on Mars. The latest image shows what appears to be ancient petroglpyphs engraved in a rock.
Petroglyphs (also called rock engravings) are pictogram and logogram images created by removing part of a rock surface by incising, picking, carving, and abrading. Petroglyphs are sometimes easily defined based on the culture, religious beliefs, mythologies, and legends of an ancient civilization placed on rock formations for their descendants.
Many ancient petroglyphs are thought to represent some kind of ritual language often depicting with the same archetypal symbols.
The petroglyphs engraved in the rock on Mars looks like as human figures and it is interesting that the same symbols are found in different parts of the planet earth created in timelines where the people could not have possibly interacted with each other. 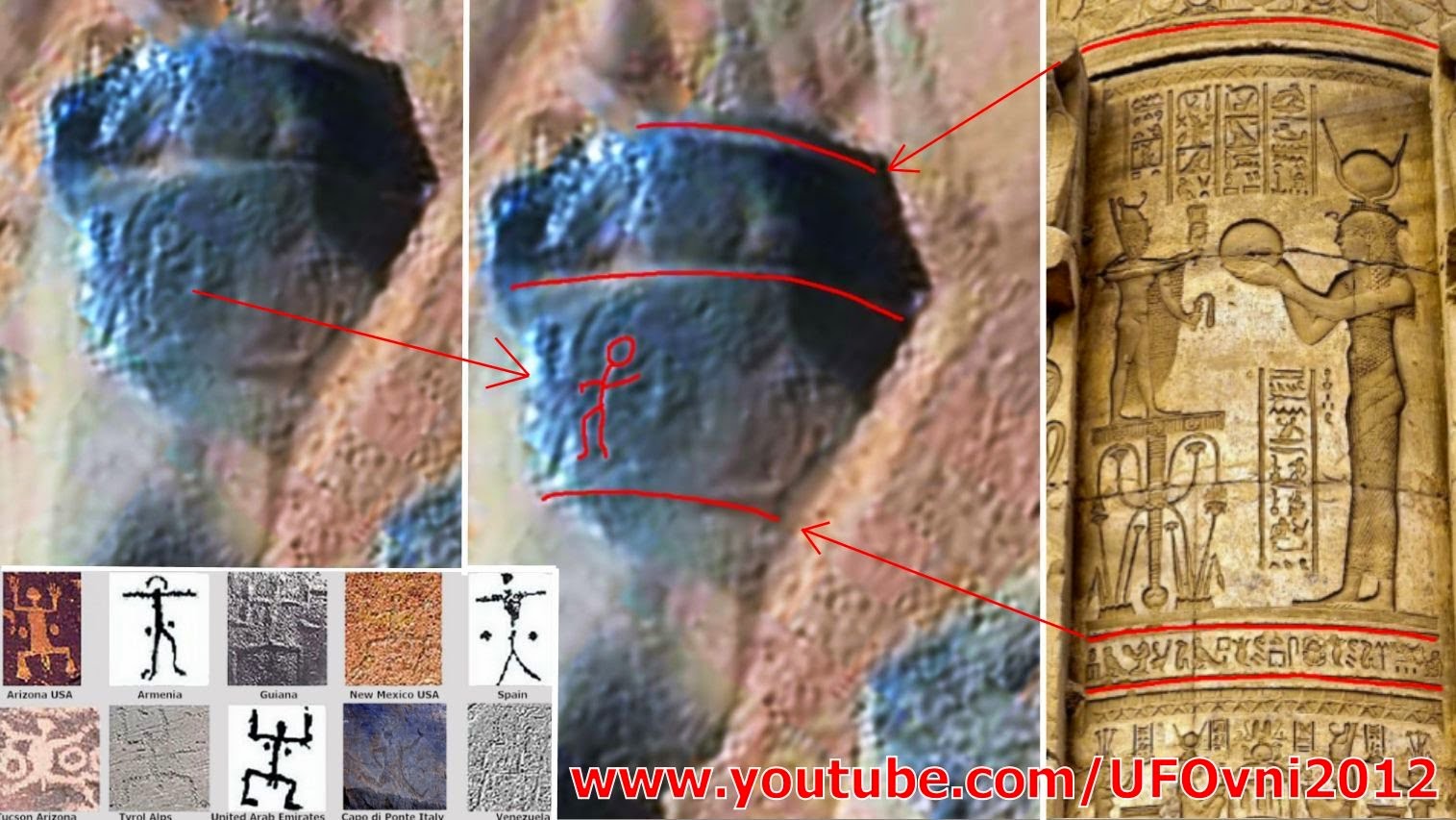 Publicada por Ufomania - The truth is out there à(s) 5:00 PM