It's not Halloween yet!

Keanu Reeves was given a quick-fire, random-question round during his appearance on Jimmy Kimmel Live on Wednesday, Oct. 22, and the Matrix star ended up telling show host Kimmel about a bizarre ghost encounter he had as a kid.

Before the duo got on to all things paranormal, Kimmel threw a few random queries at his 50-year-old interviewee, including whether he'd ever met another person named Keanu.


"Yes, I have a cousin," the original Keanu replied. "There's a cousin Keanu. I didn't meet that guy until I was 8 or 9 so I'd never heard that name for another human until that time," the actor said.

After somewhat skirting the issue of nicknames, the John Wick star was suddenly extremely forthcoming when Kimmel asked him if he'd ever seen a ghost.
"Yes, when I was a kid," Reeves replied. "I was in New York — I was probably like 6, 7 years old, new apartment, we'd come from Australia. Renata, our nanny, was in the bedroom, and there was a doorway and all of a sudden this jacket comes waving through the doorway, this empty jacket — there's no body, there's no legs," recounted the actor.

"Then it just disappears, and I was a little kid and I thought, 'Okay, that's interesting,' and I looked over at the nanny and she's like this [freak out face]," he said. "Is that a ghost?" he asked Kimmel. "Or just some weird floating jacket?"
Watch the video above to find out what other nuggets of info Reeves revealed during Kimmel's high-intensity probing! 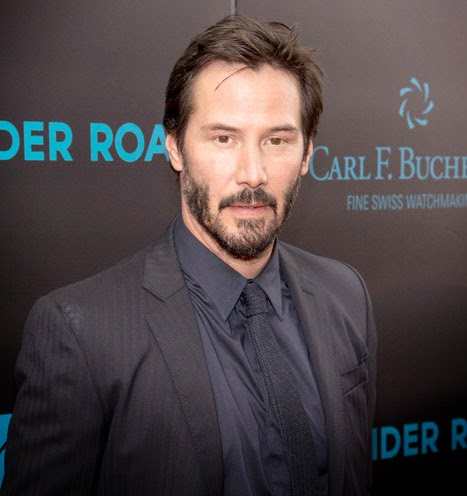