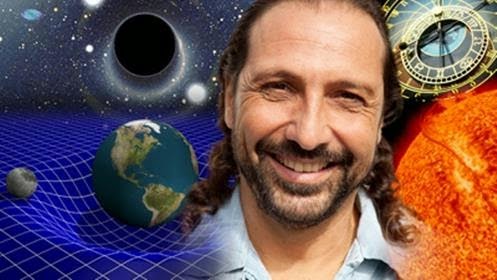 NASA’s Stereo spacecraft monitoring the Sun began registering huge spherical UFO’s in the vicinity of the Sun around January 18, 2010.

According to one observer, the UFOs,

“appear to be moving as they are in different positions on many [of the NASA Stereo] photos, and are huge possibly at least the size of Earth. If the UFOs were planets or some type of huge asteroid comets, they would already have been pulled into the Sun by the strong gravity the Sun produces as in the case of the recent comet."

the "’central data recorder’ at DSN, that stores all the playback data from all the missions DSN supports, failed' on January 18, 2010, the date the solar UFO wave began, thus accounting for the images of giant UFOs"

In a quantum physics solution to the mystery of the giant solar UFOs, physicist Nassim Haramein states in a video-taped analysis (below) that Earth-sized UFOs are in fact giant extraterrestrial or interdimensional spacecraft, which are accessing our solar system, using the Sun as a black-hole singularity, or stargate.

In November of 2011 there was a presentation by Nassim Haramein & Klaus Dona with newly discovered Ancient Artifacts, from deep inside a Mayan Pyramid in Mexico. All information will be released later this year, in a 2012 documentary titled:"Revelations of the Mayans - 2012 and Beyond."However due to recent solar activity one of the artifacts has become VERY, VERY interesting!

Publicada por Ufomania - The truth is out there à(s) 2:24 PM